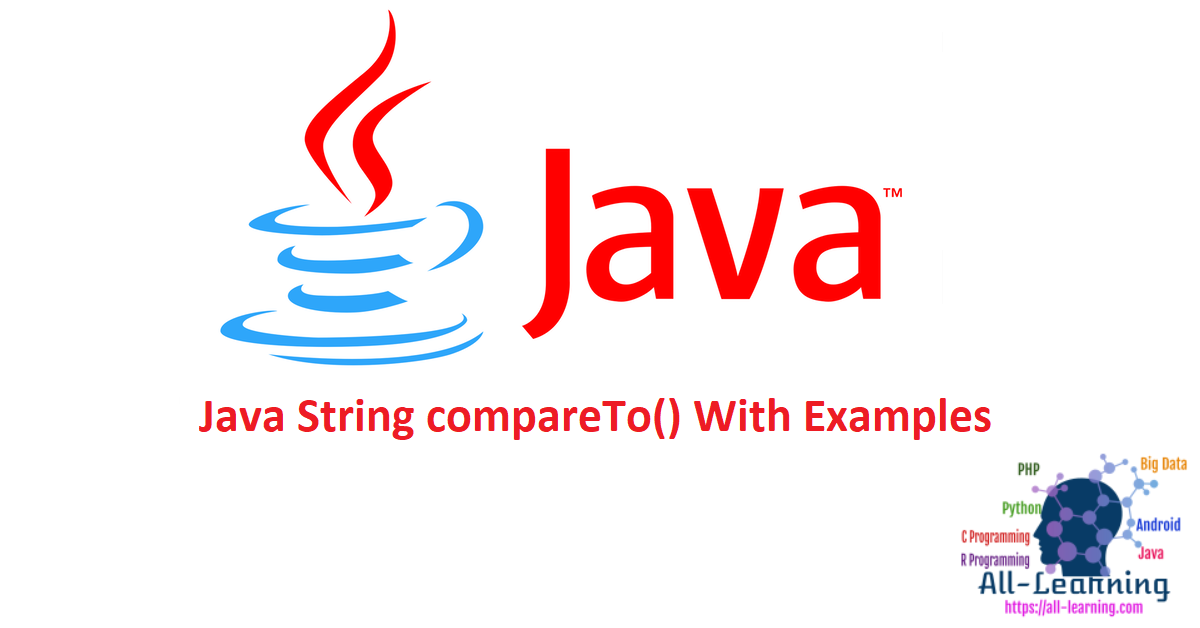 The output of the above compareTo example program is shown below. 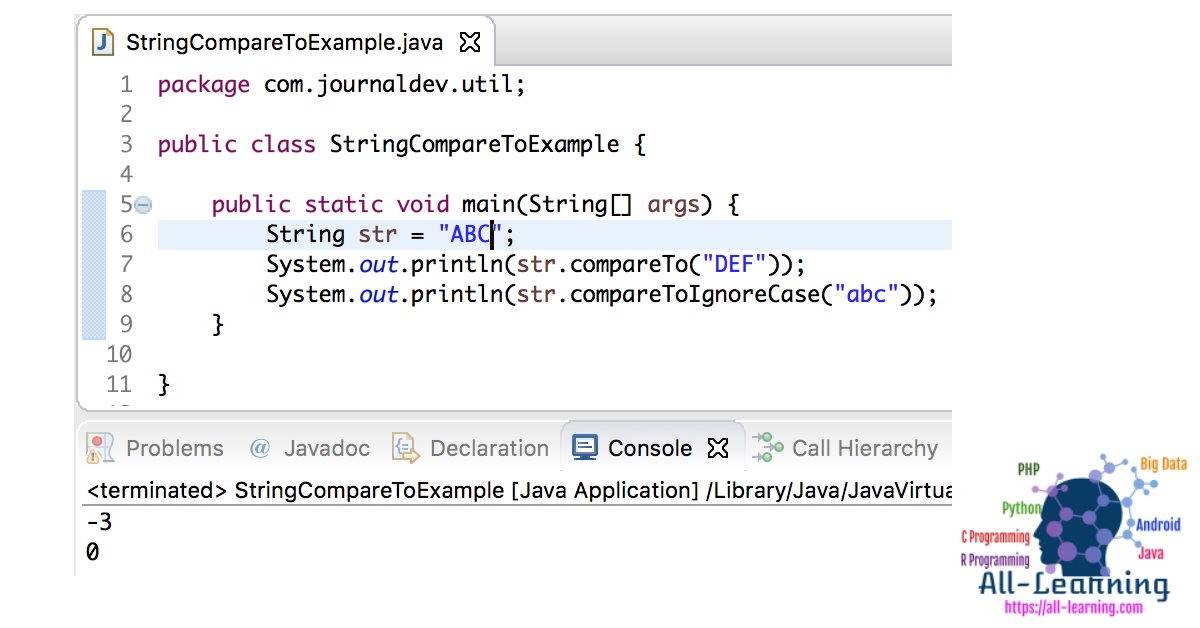 Above negative output is because “ABC” is lexicographically less than the “DEF”. The output is -3 because it compares the character values one by one. You can also confirm this with the below test program.

So when “ABC” is compared to “DEF”, the character at first index is compared. Since they are different and ‘A’ comes before ‘D’ lexicographically, it returns a negative integer with the difference between them, hence the output is -3.

So if you compare “AABC” with “ADBC”, then also you will get the same output as -3. That’s all for Java String compareTo() method example. Note that this method is not the same as the String equals() method.