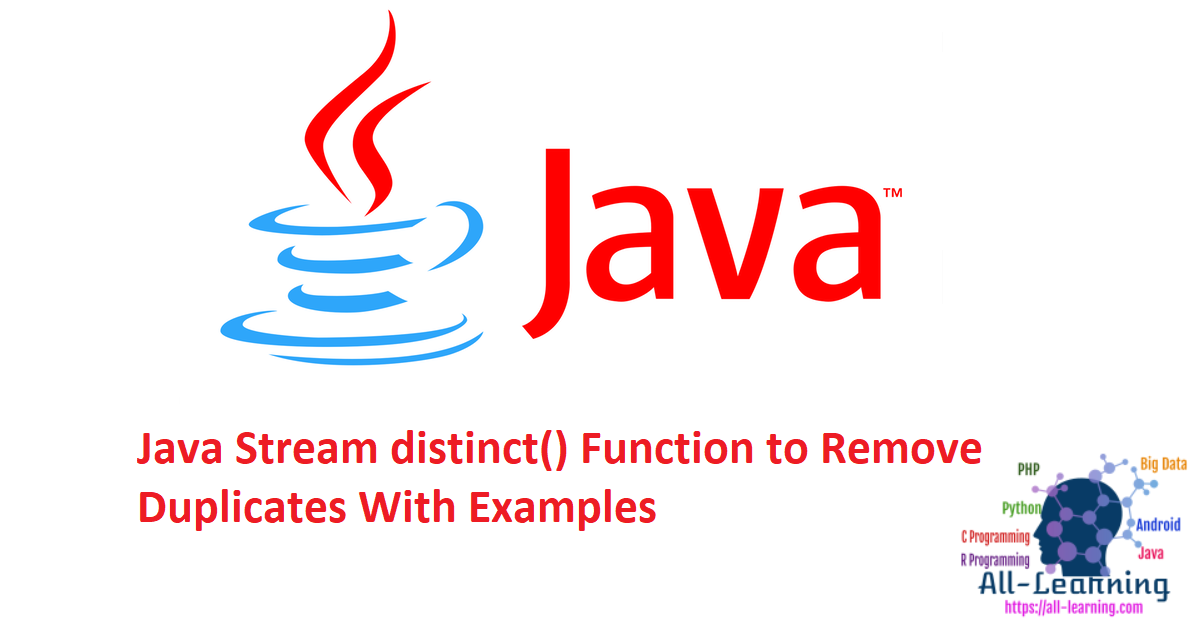 Java Stream distinct() method returns a new stream of distinct elements. It’s useful in removing duplicate elements from the collection before processing them.

Let’s see how to use stream distinct() method to remove duplicate elements from a collection.

Since distinct() is a intermediate operation, we can use forEach() method with it to process only the unique elements.

Let’s look at a simple example of using distinct() to remove duplicate elements from a list.

Since the Data objects had the same ids’ but they were referring to the different objects, they were considered not equal. That’s why it’s very important to implement equals() method if you are planning to use stream distinct() method with custom objects.

Note that both equals() and hashCode() methods are used by Collection classes API to check if two objects are equal or not. So it’s better to provide an implementation for both of them.

The output after adding equals() and hashCode() implementation is: