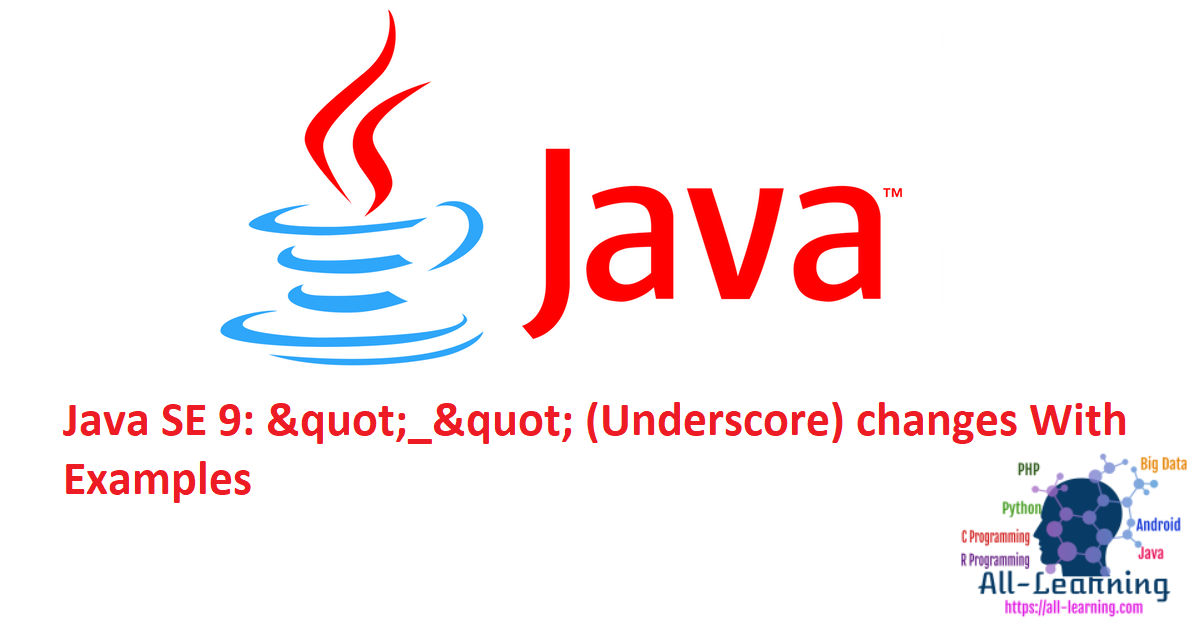 In this post, we will discuss about What is the use of Underscore (“_”) in Java Modifiers? Changes to underscore in Java SE 9 release with some simple and useful examples. I have already released many Java SE 9 tutorials. Please go through them to learn all Java SE 9 new features.

Recently Oracle Corp has changed the release date of Java SE 9 from March 2017 to July 2017.

Introduction to Underscore (“_”) in Java

In Java, we can start an identifier with a letter, dollar sign ($) or underscore (“_”). However, Identifiers cannot start with a number.

In Java, we can use underscore in identifiers mainly the following cases:

In Java SE 8 release, using Underscore alone as an identifier is not recommended and it gives a WARNING message. To test it, write a simple Java program in any IDEs like Eclipse and run it.

It works fine without any issues. However, we can see the following warning messages in IDEs.

That means Underscore is not allowed as an identifier from Java SE 8 on-wards.

It is a compile-time error if a Lambda Parameter has the name underscore (“_”).

Oracle Corp is going to remove that underscore (“_”) usage as identifier completely in Java SE 9 release.

NOTE:- Disallowing “_” as a legal identifier

That’s it all about “Java SE 9: Underscore Changes”. We will discuss some more Java SE 9 New Features in my coming posts.

Thank you for reading my tutorials.