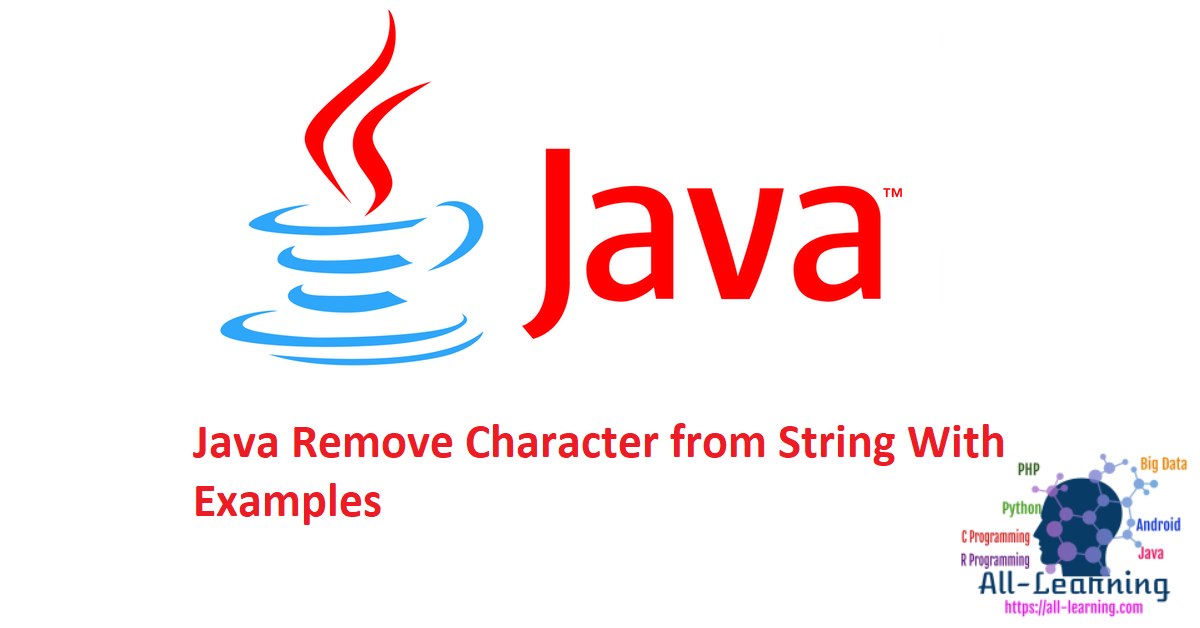 Sometimes we have to remove character from String in java program. But java String class doesn’t have remove() method. So how would you achieve this?

So can we use replace('x','');? If you will try this, you will get compiler error as Invalid character constant. So we will have to use other replace methods that take string, because we can specify “” as empty string to be replaced.

Below code snippet shows how to remove all occurrences of a character from the given string.

Let’s see how to remove first occurrence of “ab” from the String.

Notice that replaceAll and replaceFirst methods first argument is a regular expression, we can use it to remove a pattern from string. Below code snippet will remove all small case letters from the string.

There is no method to replace or remove last character from string, but we can do it using string substring method.

Here is the complete java class for the examples shown above.

Output produced by above program is:

That’s all for removing character or substring from string in java program.