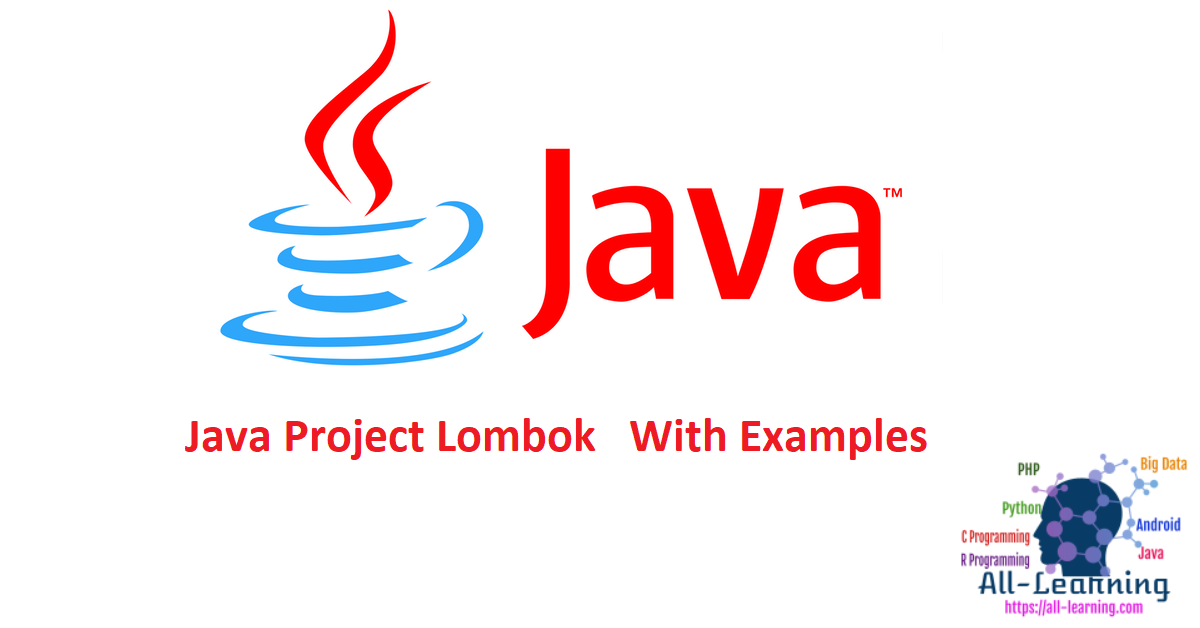 In Java vs. other language debate, the first knock which you get from other language supporters is that Java requires lot of boiler plate code and you just cannot get over it, and you are defenceless. The same issue is also reported in multiple platforms and developer communities.

Let’s see a sample of code which has boiler plate code.

A class should have getter-setters for the instance variables, equals & hashCode method implementation, all field constructors and an implementation of toString method. This class so far has no business logic and even without it is 80+ lines of code. This is insane.

Project Lombok is a java library that automatically plugs into your editor and build tools and helps reduce the boiler plate code. Let’s see how to setup Lombok project first.

How does Java Project Lombok work?

Lombok has various annotations which can be used within our code that is be processed during the compile time and appropriate code expansion would take place based on the annotation used.

Lombok only does the code reduction in view time, after the compiling the byte code is injected with all the boiler plate. This helps keeping our codebase small, clean and easy to read and maintain.

Adding Lombok in your project is simple. Just add the below dependency in your maven project pom.xml file.

Here are the installation steps for Windows:

If you are on MacOS, then following are the steps to use Lombok in your project.

After installation let’s check how we can see our reduced boiler plate code? I have recreated the same class as PersonLombok. Eclipse outline which displays getter and setter for firstName. This was done based on the Lombok’s @Getter & @Setter annotation set for instance variable firstName. 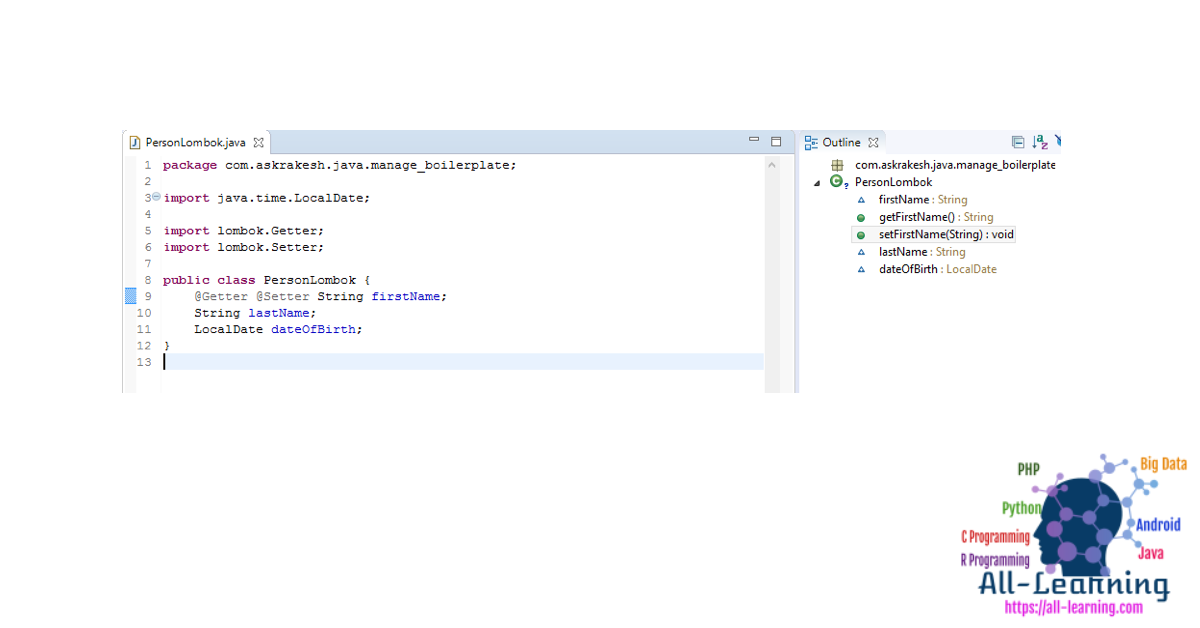 We can check the addition of getter & setter methods for the firstName from class bytecode. 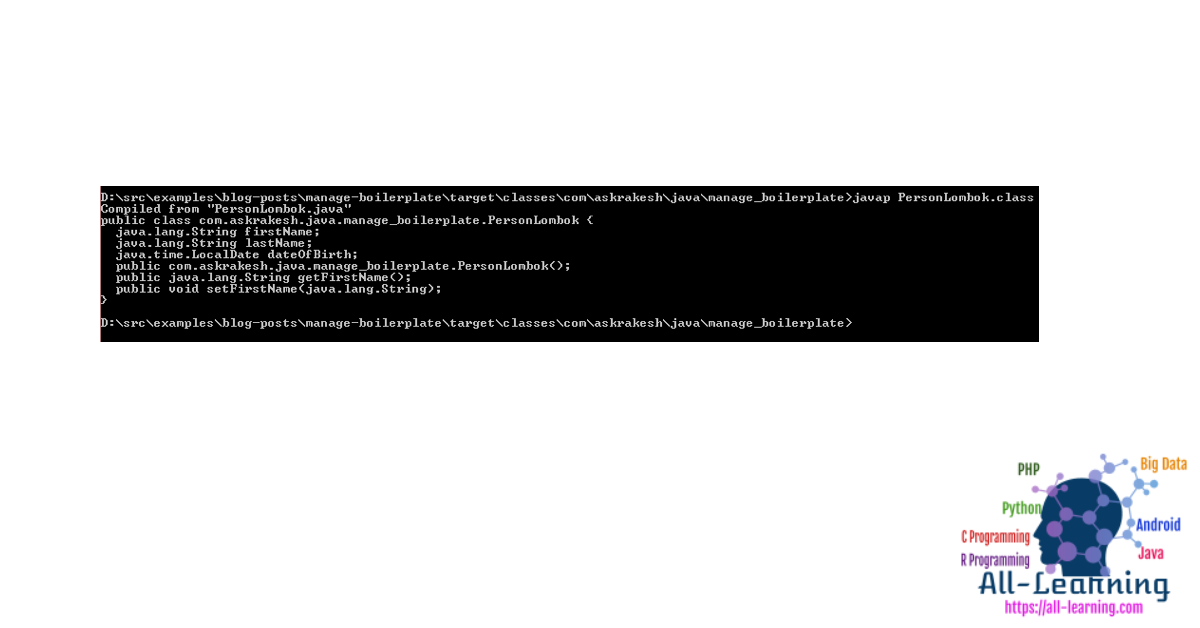 Project Lombok provides many annotation which helps to reduce the boiler plate code in various scenarios. Let’s go through a few of them.

Yes, they are. You need to understand unlike other languages, Java has taken utmost care of upgrading the language such that they do not break any existing codebase which are in older versions of java. This itself is a huge task and cannot be undermined.

They are already modifying and building better type inference capabilities in the language which has been rolled out. One of the important features planned for Java 10 is Local-Variable Type Inference. Though the feature has more to do with adding dynamic typing than the boiler plate, but it is a small drop in the Ocean to manage the boiler-plate code.

Reducing boiler plate code helps in better readability, less code also means less error. Project Lombok is heavily used today in almost all the major organizations. We provided you with the most useful features from Lombok. Hope you give it a try.

Source Code: You can visit my Github link to download complete source code used in this tutorial.