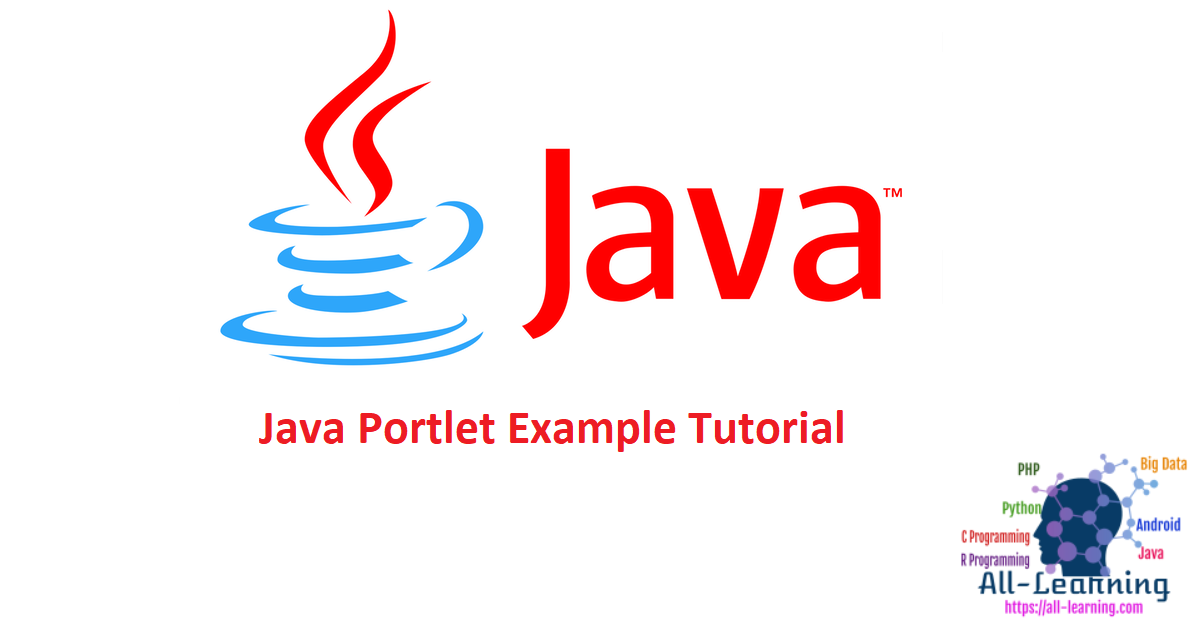 In the presented introduction about Apache Pluto, we’ve mainly discussed the most simple Portlet application that you may have. The business scenarios are more complicated then normal and they require a full knowledge about the Portlet, Portlet Life cycle and how could provide a compliant enhanced Portlet that complying with the latest standards presented at the Portlet field.

This tutorial will help you getting this practice applied, while it should take you through the following subjects:

As we’ve stated in the proposed introduction, our developed Portlet was extended a GenericPortlet class as it’s abstract class. According to Portlet Javadoc, GenericPortlet class provides the default implementation for the Portlet interface (Which will be discussed later on here). It provides an abstract class to be sub-classed to create Portlets.

A subclass of GenericPortlet should either use one of the following annotations: @ProcessAction, @ProcessEvent and @RenderMode or override at least one method of the following:

Normally, no need to override the render or the doDispatch methods, as the render method handles render requests, setting the title of the Portlet in the response and invoking the doDispatch.

In turn of the doDispatch method, the request is dispatched to one of the doView, doEdit or doHelp method depending on the Portlet mode indicated in the request. The major issue that you might find it so important, is that the Portlet is running in a multi threaded manner, so be careful when it comes to handle shared resources. Shared resources may take different forms; it’s include in-memory data such as instance or class variables, external resources like a files, database connections and network connections.

In the proposed sample that you’ve looked for at the introduction, we’ve overridden the doView method for getting message displayed. We do, some modifications against the sample itself, so you should notice the following:

Finally, if you have a special kind of business that you would like to provide such a type of integration, you may make a subclass of GenericPortlet and let your developers extend it.

The PortletRequest interface in the Portlet API represents the common functionality in an ActionRequest and RenderRequest, where both of them are actually subclass of PortletRequest.

In the other side, the Portlet sends a response object back to the Portal after every request. Usually, the response object contains the content fragment of the Portlet, any requested Portlet modes or window states and several other pieces of information that get discussed later.

You may be asking about the difference between RenderRequest, RenderResponse and ActionRequest, ActionResponse and why they are categorized like that. Following figure shows you the main differences shortly before getting all detailed clarifications in the next coming sections.

Such that distinction is very helpful when it comes to deal with the Portlet business, as a Portlet may be rendered at every time the contained Portal page is refreshed, while the action is getting executed at a certain specific time the user has asked for.  To make clear, following sample shows you the difference in between calling render() and processAction().

Portlet capabilities aren’t stopped here as we’re going to make some improvements to demonstrate other sides of these capabilities. Usually, the Portlet doesn’t render a plain HTML, it’s contained other resources like JavaScript, images and StyleSheets.

Also, the view mode isn’t the only mode that you lets the end user contact with, EDIT and HELP modes are also supported by the Portlets. Mainly, you may provide an EDIT mode for a kind of configuration, meanwhile, the HELP mode is a good place to provide a helpful information about the Portlet itself.

Beside that, providing Portlet Title isn’t so complex mission, as you can provide the default value using the portlet-info XML tag, you can also change the Title programmatically.

Generally, Portlet specification has introduced the portlet-info XML tag to allow developers specifying these information related to the Portlet’s title, short-title and keywords that may be used for categorization purpose.

You have three different scenarios that can you have to let the Portlet get its title, you may be using the most simplest way; define the title at the portlet.xml file within portlet-info or using a resource bundle for getting internationalization descriptive title or providing the title programmatically. Following example shows you how can you leverage two additional scenarios to make sure the desired title is set as we’ve had the first scenario previously.

As we knew, the Portlet isn’t a standalone resource like Servlet that can be accessed through a well defined URL (i.e https://servername:port/web-context/servlet-mapping). The Portlet can be accessed only via using a Portal page, as it’s reside there.

However, a Portlet can create a URL that targets itself in the Portlet container (i.e by clicking a link or submitting a form) the result is a new client request to the Portal targeted to the Portlet as we already did when submitting HelloWorldPortlet above.

Even that you can add Portlet URLs into your content with no parameters, but you can also set your parameters on a Portlet URLs by invoking setParameter(name, value) against your PortletURL object that’s returned once you invoked createActionURL() or createRenderURL().

At the same time, some Portlets have provided so complicated business, the user may need some sort of help to get the Port
let working properly and for that purpose the doHelp is given.

Defining the Portlet’s modes isn’t so complex mission, all what you need for is to use portlet-mode within supports Tag for specifying which modes the Portlet has supported. Following example shows you the way that in which you are able of seeing Edit & Help modes.

Portlet specification provide vast amount of APIs that you have to learn to be Portlet developer. This tutorial aimed to provide you additional details about GenericPortlet, PortletRequest, PortletResponse and others. Contribute us by commenting below and find downloaded source code.