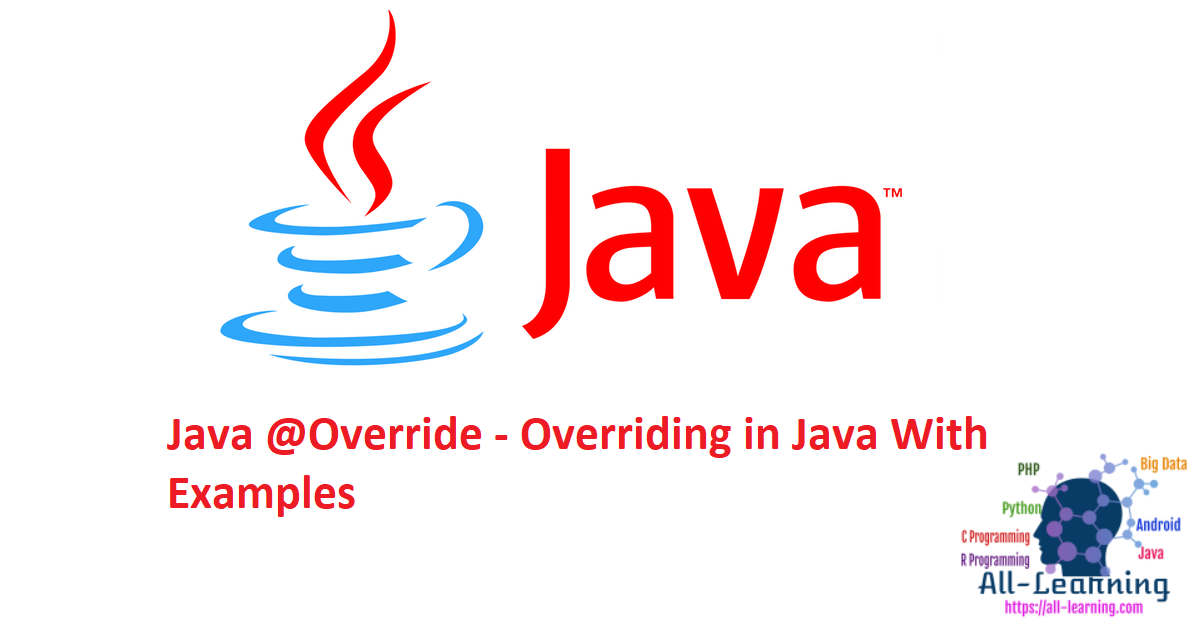 Overriding is a very popular concept in programming languages. Method overriding in Java is the case where we have the same method present in the superclass as well as the subclass. It’s one of the OOPS Concepts to implement runtime polymorphism in Java.

Let’s see how we normally override a method in java.

Now we will create a subclass overriding BaseClass doSomething method.

Now let’s create a test class to check how overriding works in java.

Output of the above program is:

Here “bc” is of type BaseClass but at runtime, it’s the object of ChildClass. So when we invoke its doSomething(String str) method, it looks for the method in ChildClass and hence the output.

Now let’s change the BaseClass doSomething method like below.

You will notice that compiler won’t throw any warnings/errors and now if you run the test program output will be;

The reason is that BaseClass doSomething(Object str) method is not anymore overridden by the ChildClass. Hence it’s invoking BaseClass implementation. ChildClass is overloading the doSomething() method in this case because the method name is the same but the method signature is different.

Java 1.5 introduced annotations. Java @Override annotation is one of the default java annotation. When we use this annotation for a method, it tells the compiler that we are trying to override a superclass method.

If you uncomment the @Override annotation in ChildClass, you will get following compile-time error message:

Overriding in Java is very popular and you can find many examples in JDK itself. It’s mostly present where we have a base class with default implementation of the method and then the subclass overriding it and implementing it.