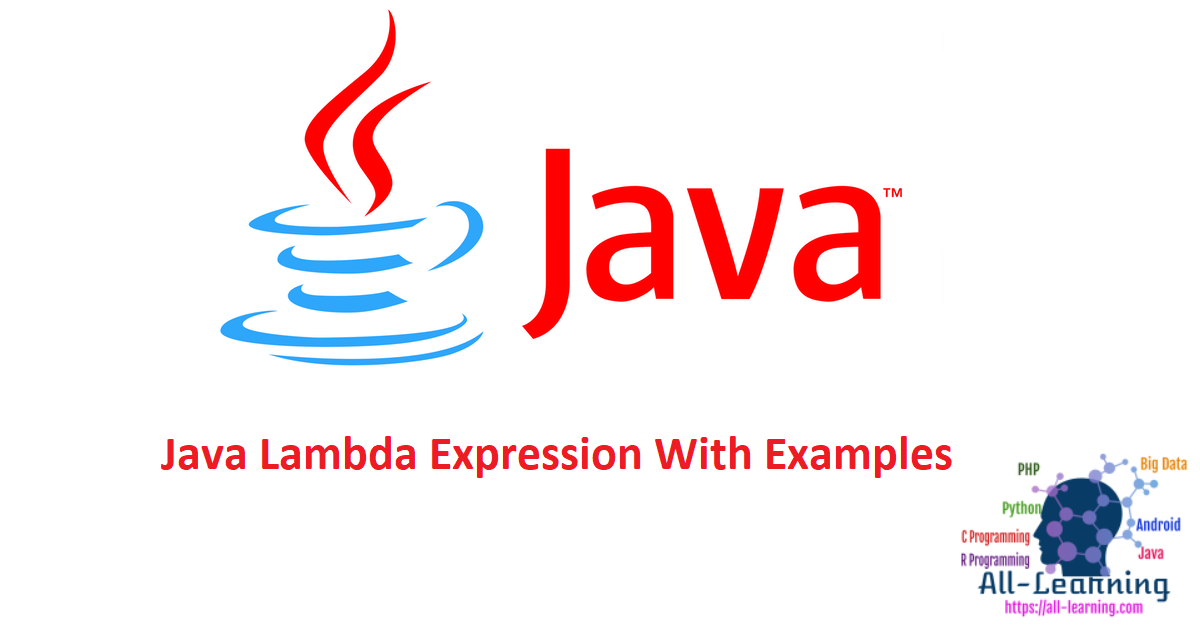 Basically, Lambda Expression is a concise representation of an anonymous function that can be passed around. So, it has the following properties:

Technically, Lambda expressions do not allow us to do anything that we did not do prior to Java 8. It’s just that we don’t need to write clumsy code in order to use the behaviour parameterisation.

An example would certainly help to get a clear idea. Consider Apple class:

If we want to write a custom comparator to compare the Apples by weight, until Java 7 we used to write it in the following way:

Now, using Lambda Expression, we can write the same thing as:

Let’s dig into the individual pieces in this expression: 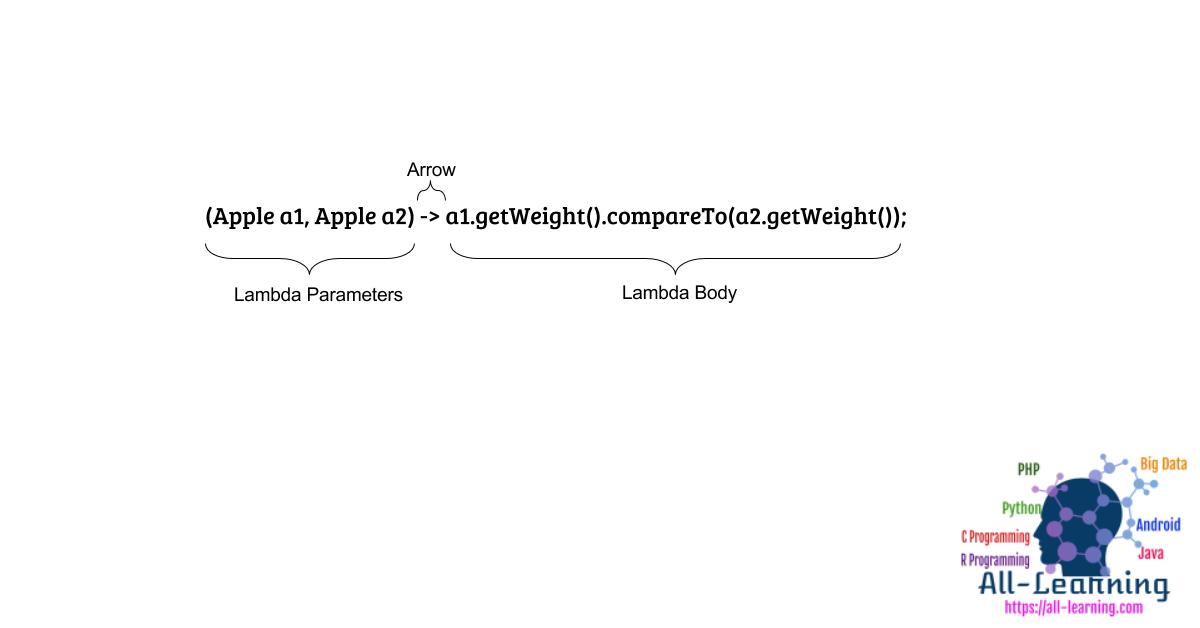 Let’s look at some use case examples of java lambda expression.

It is obvious to wonder where such expressions are allowed? Previously we saw a lambda expression to replace the Comparator implementation. we can also use it as follows:

Here, filter() method expects a Predicate. We just passed a lambda instead of the required interface.

In a nutshell, a Functional Interface is an interface that specifies exactly one abstract method.

Also note that an interface is still a functional interface even if it defines one or more default methods, as long as it defines a single abstract method.

And of course, we can always define custom functional interfaces apart from the default ones provided by Java.

Considering our previous examples, the same things can be achieved using the anonymous class as well, but the code will be clumsier if we are writing the implementation inline.

Let’s see an example of Runnable. Consider a process method that takes in a Runnable instance:

Without using Lambda, we can implement it as:

Also, in cases where we are using this Runnable implementation only once, we can also provide it directly while calling the process method:

That’s all for the Java Lambda Expressions.