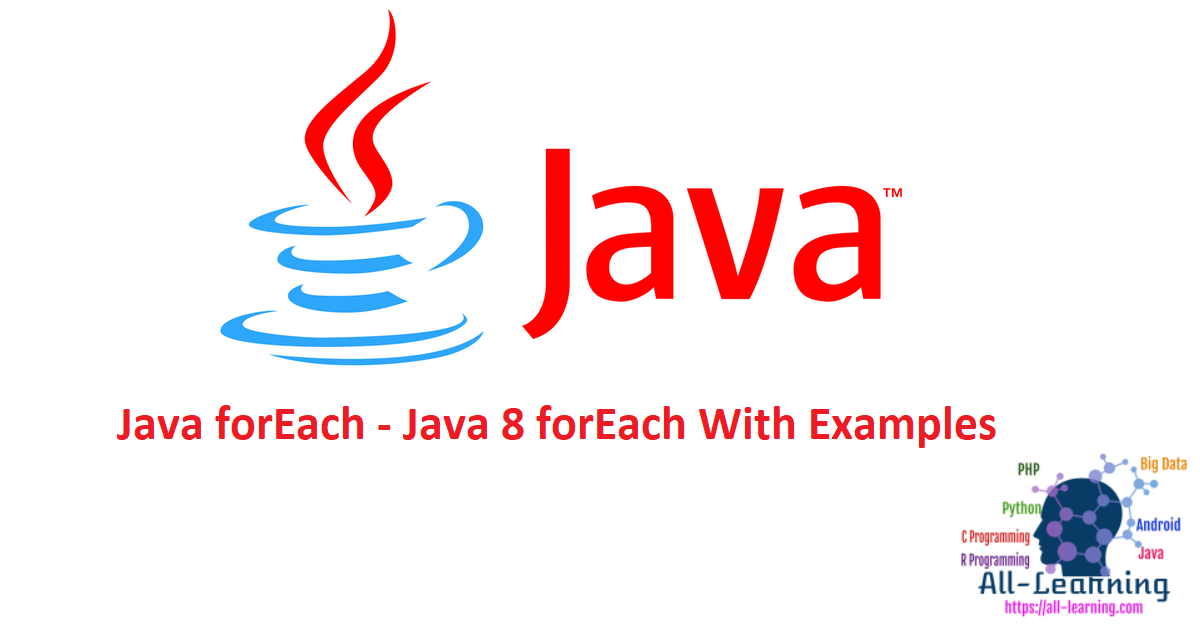 Java forEach method was introduced in Iterable interface in Java 8. Java 8 forEach method is another way that we can use to traverse through a collection.

Java forEach method performs the given action for each element of the Iterable until all elements have been processed or exception is thrown.

Before java 8, We could iterate over a list by using for loop or iterator.

Now same thing can be performed using java forEach method as shown below.

Since Consumer is a functional interface, we can use lambda expression and write above code in one line as;

Prior to java 8, we iterate over Map elements like below.

Since Map doesn’t extend Iterable, forEach method is added into Map interface in java 8 and below shows the default implementation.

Let’s look at a simple example how we can use java 8 forEach with Map.

Same code can be written using lambda expressions as below.

I don’t see too much benefit of forEach loop except when you are using it with parallel stream. A new method was added in Collection interface to get the parallel stream.

So if we have to iterate over a collection and we are not bothered about sequential iteration, then we can use parallel stream with forEach loop as shown below.