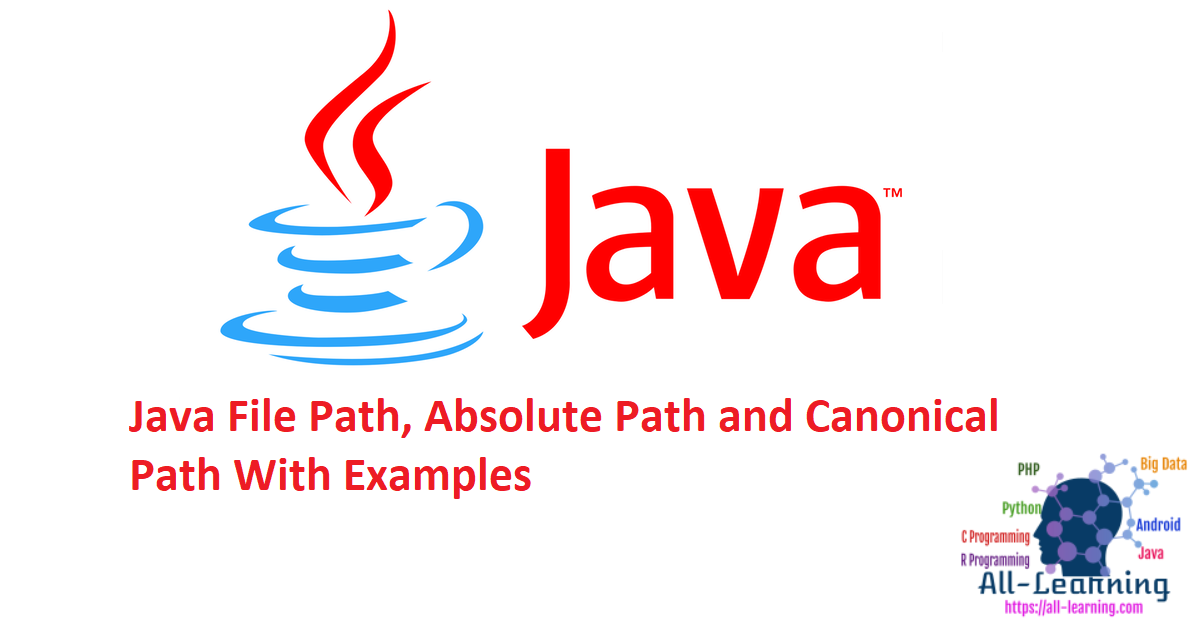 Today we will look into the Java file path. Java File path can be abstract, absolute or canonical.

java.io.File contains three methods for determining the file path, we will explore them in this tutorial.

Let’s see different cases of the file path in java with a simple program.

Below image shows the output produced by the above java file path program. 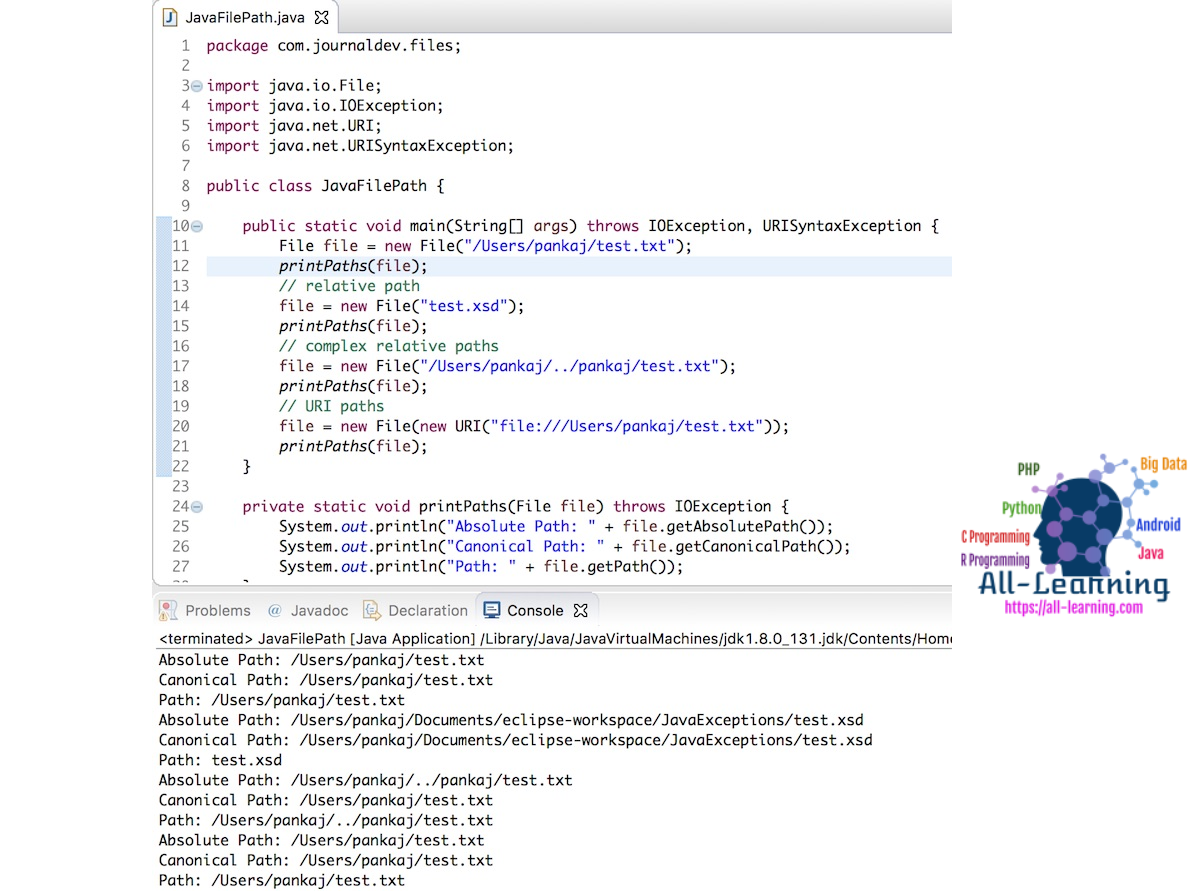 The output is self-explanatory. Based on the output, using the canonical path is best suitable to avoid any issues because of relative paths.

Also, note that the java file path methods don’t check if the file exists or not. They just work on the pathname of the file used while creating the File object. That’s all for different types of the file path in java.