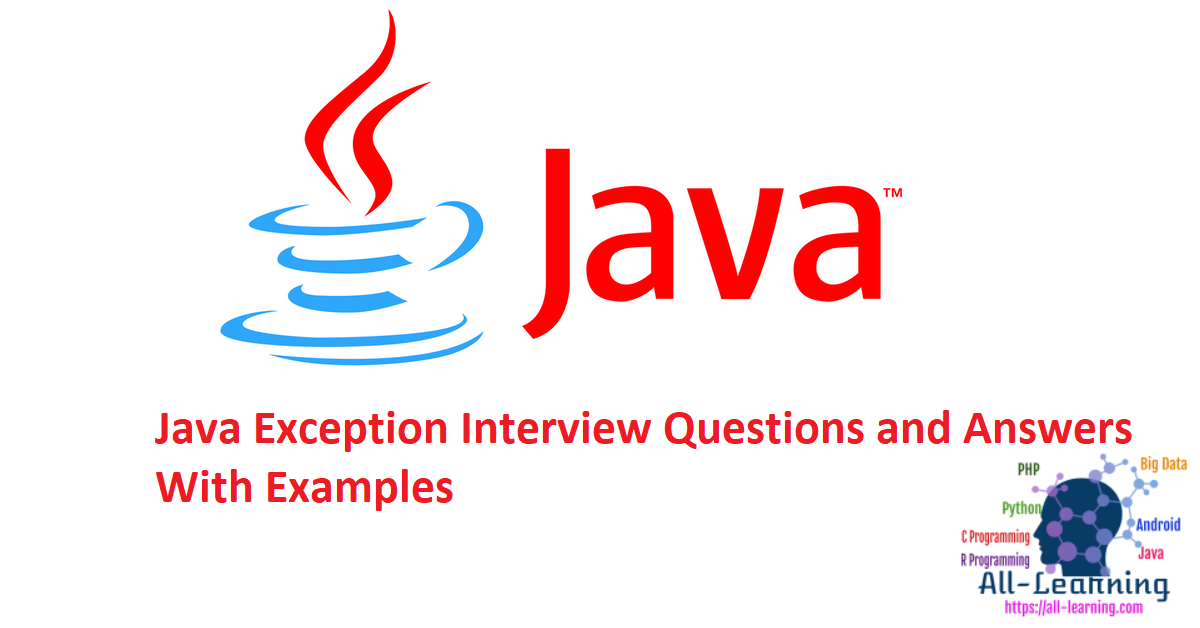 Sometime back I wrote a long post on Exception Handling in Java and today I am listing some important Java Exceptions Questions with Answers to help you in interviews.

Thats all for java exception interview questions, I hope you will like it. I will be adding more to the list in future, make sure you bookmark it for future use.