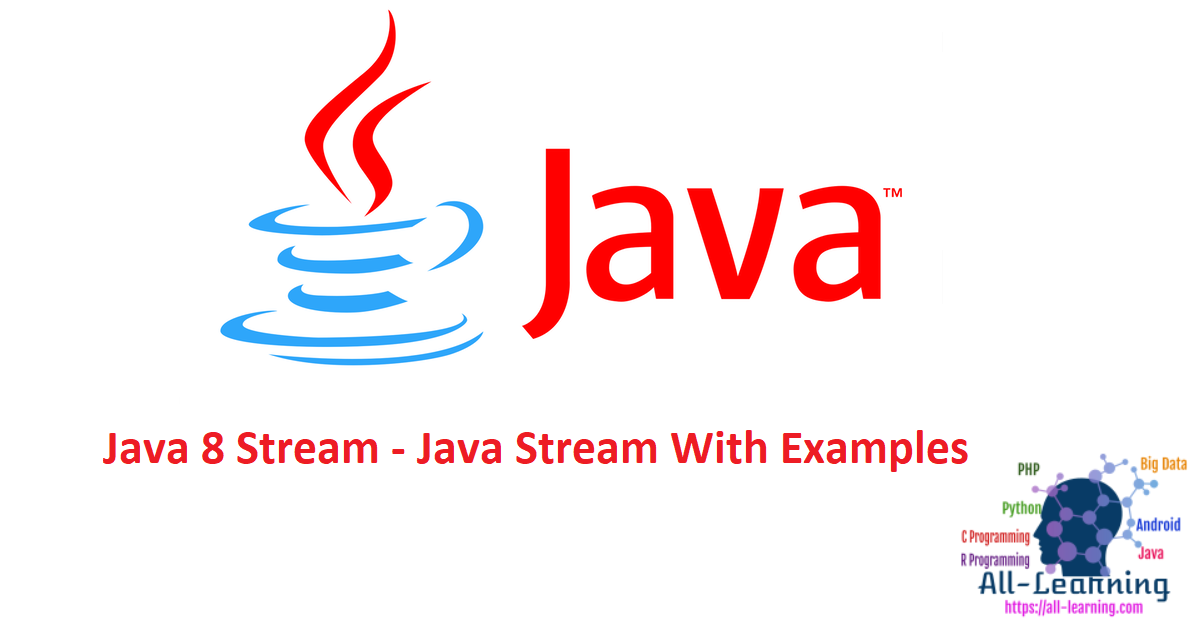 Welcome to Java 8 Stream API tutorial. In the last few java 8 posts, we looked into Java 8 Interface Changes and Functional Interfaces and Lambda Expressions. Today we will look into one of the major API introduced in Java 8 – Java Stream.

Before we look into Java Stream API Examples, let’s see why it was required. Suppose we want to iterate over a list of integers and find out sum of all the integers greater than 10.

Prior to Java 8, the approach to do it would be:

There are three major problems with the above approach:

To overcome all the above shortcomings, Java 8 Stream API was introduced. We can use Java Stream API to implement internal iteration, that is better because java framework is in control of the iteration.

Internal iteration provides several features such as sequential and parallel execution, filtering based on the given criteria, mapping etc.

Most of the Java 8 Stream API method arguments are functional interfaces, so lambda expressions work very well with them. Let’s see how can we write above logic in a single line statement using Java Streams.

First of all we will look into the core concepts of Java 8 Stream API and then we will go through some examples for understanding most commonly used methods.

A collection is an in-memory data structure to hold values and before we start using collection, all the values should have been populated. Whereas a java Stream is a data structure that is computed on-demand.

Java Stream doesn’t store data, it operates on the source data structure (collection and array) and produce pipelined data that we can use and perform specific operations. Such as we can create a stream from the list and filter it based on a condition.

Java 8 Stream internal iteration principle helps in achieving lazy-seeking in some of the stream operations. For example filtering, mapping, or duplicate removal can be implemented lazily, allowing higher performance and scope for optimization.

Java Streams are consumable, so there is no way to create a reference to stream for future usage. Since the data is on-demand, it’s not possible to reuse the same stream multiple times.

All the Java Stream API interfaces and classes are in the java.util.stream package. Since we can use primitive data types such as int, long in the collections using auto-boxing and these operations could take a lot of time, there are specific classes for primitive types – IntStream, LongStream and DoubleStream.

Some of the commonly used functional interfaces in the Java 8 Stream API methods are:

Java Optional is a container object which may or may not contain a non-null value. If a value is present, isPresent() will return true and get() will return the value. Stream terminal operations return Optional object. Some of these methods are:

For supporting parallel execution in Java 8 Stream API, Spliterator interface is used. Spliterator trySplit method returns a new Spliterator that manages a subset of the elements of the original Spliterator.

Java 8 Stream API operations that returns a result or produce a side effect. Once the terminal method is called on a stream, it consumes the stream and after that we can’t use stream. Terminal operations are eager in nature i.e they process all the elements in the stream before returning the result. Commonly used terminal methods are forEach, toArray, min, max, findFirst, anyMatch, allMatch etc. You can identify terminal methods from the return type, they will never return a Stream.

I have covered almost all the important parts of the Java 8 Stream API. It’s exciting to use this new API features and let’s see it in action with some java stream examples.

There are several ways through which we can create a java stream from array and collections. Let’s look into these with simple examples.

There are several ways through which we can get a Collection or Array from a java Stream.

Let’s look at some of the java stream terminal operations example.

Java 8 Stream API brings a lot of new stuffs to work with list and arrays, but it has some limitations too.

That’s all for Java 8 Stream example tutorial. I am looking forward to use this feature and make the code readable with better performance through parallel processing.