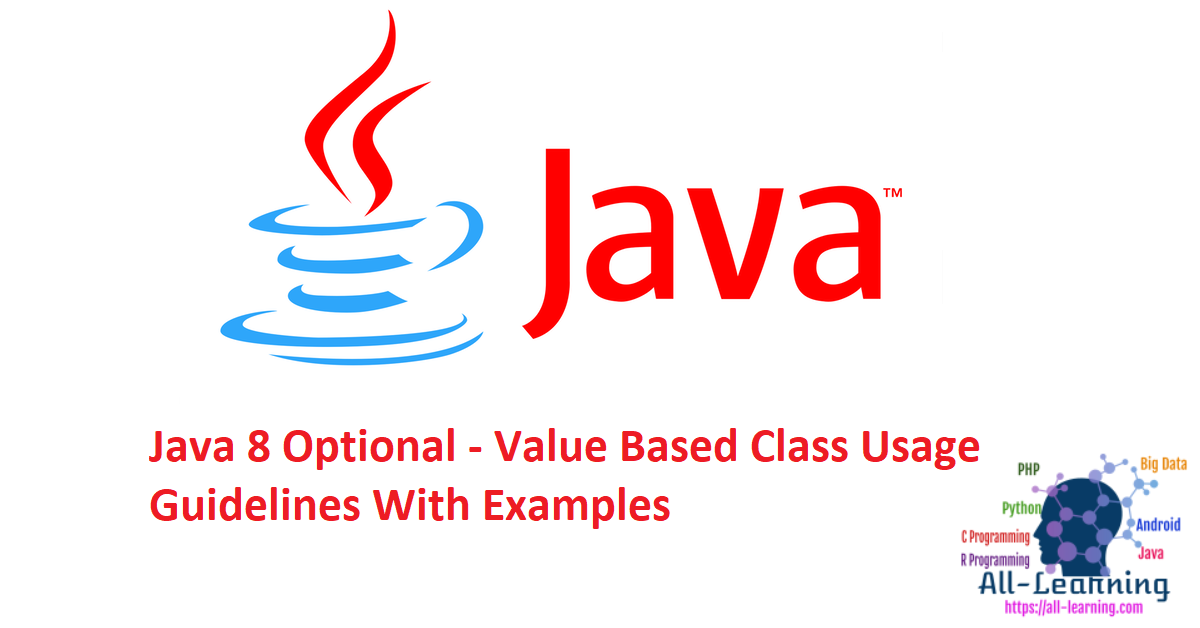 In this article, we will go through the use of Java 8 Optional class and understand what a Value-Based class is. What are the scenarios for using a value-based class? and finally, see the usage guidelines for Optional.

Optional is a container object which may or may not contain a non-null value. You can read more about Optional here. There has been some improvements in Optional class in Java 9, read about them here.

Why use Optional Class?

Before we delve into value-based class lets understand what a value-type is? A value type is a data type which, is designed for being passed by value in and out of methods, and stored by value in data structures. The only value types which the Java language directly supports are the eight primitive types.

In the article “State of the Values” Brian Goetz proposed that Java VM and language can be gently extended with a new kind of type, a value type, which usefully combines the properties of Java’s current classes and primitive types, and these should be small immutable & identity-less.

The concept of value type formed the basis of Value-Based classes. A boxed form of every value type will be a value-based class.

A Value-Based class is a Container class which is a wrapper for value-based types, where the instances of Value-based classes follow following principle (from Java Documentation):

A program may produce unpredictable results if it attempts to distinguish two references to equal values of a value-based class, whether directly via reference equality or indirectly via an appeal to synchronization, identity hashing, serialization, or any other identity-sensitive mechanism. Use of such identity-sensitive operations on instances of value-based classes may have unpredictable effects and should be avoided.

Simply put an instance of the value-based class is final, immutable and these instances do not have a proper state and identity, due to which certain operations are identity-specific and should be disallowed.

Java Optional is just thought to be used in the context of replacement for NullPointerException and since its introduction, there are various scenarios for which this is recommended, however when we see it through the lens of value-based class, we get the limitation and purpose of using Optional: