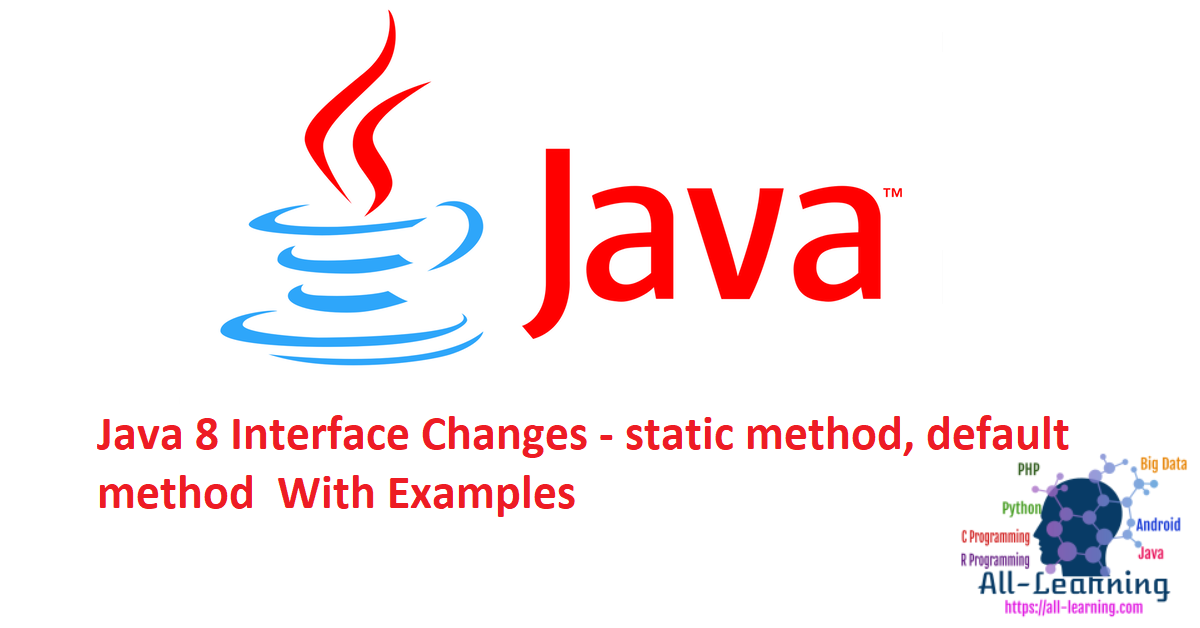 Designing interfaces have always been a tough job because if we want to add additional methods in the interfaces, it will require change in all the implementing classes. As interface grows old, the number of classes implementing it might grow to an extent that it’s not possible to extend interfaces. That’s why when designing an application, most of the frameworks provide a base implementation class and then we extend it and override methods that are applicable for our application.

For creating a default method in java interface, we need to use “default” keyword with the method signature. For example,

Let’s say we have another interface with following methods:

We know that Java doesn’t allow us to extend multiple classes because it will result in the “Diamond Problem” where compiler can’t decide which superclass method to use. With the default methods, the diamond problem would arise for interfaces too. Because if a class is implementing both Interface1 and Interface2 and doesn’t implement the common default method, compiler can’t decide which one to chose.

Extending multiple interfaces are an integral part of Java, you will find it in the core java classes as well as in most of the enterprise application and frameworks. So to make sure, this problem won’t occur in interfaces, it’s made mandatory to provide implementation for common default methods of interfaces. So if a class is implementing both the above interfaces, it will have to provide implementation for log() method otherwise compiler will throw compile time error.

A simple class that is implementing both Interface1 and Interface2 will be:

Note that isNull(String str) is a simple class method, it’s not overriding the interface method. For example, if we will add @Override annotation to the isNull() method, it will result in compiler error.

Now when we will run the application, we get following output.

If we make the interface method from static to default, we will get following output.

Before I conclude the post, I would like to provide a brief introduction to Functional interfaces. An interface with exactly one abstract method is known as Functional Interface.

How to use Python numpy.where() Method With Examples [Latest]