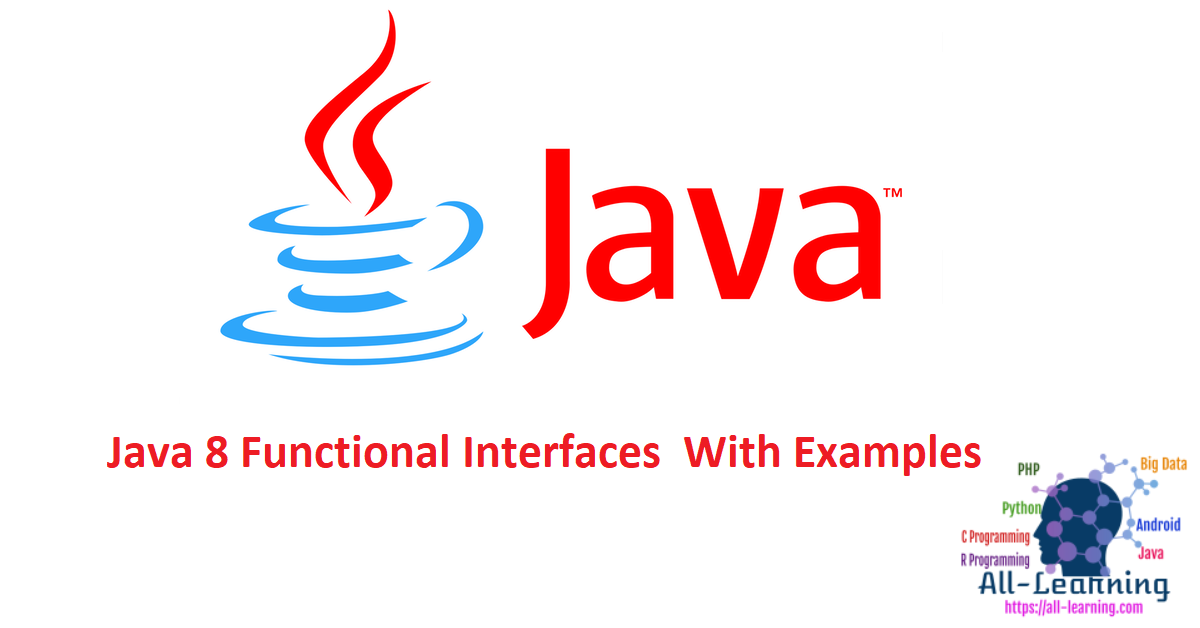 Welcome to the Java 8 functional interfaces example tutorial. Java has always been an Object Oriented Programming language. What is means that everything in java programming revolves around Objects (except some primitive types for simplicity). We don’t have only functions in java, they are part of Class and we need to use the class/object to invoke any function.

Being object oriented is not bad, but it brings a lot of verbosity to the program. For example, let’s say we have to create an instance of Runnable. Usually we do it using anonymous classes like below.

If you look at the above code, the actual part that is of use is the code inside run() method. Rest all of the code is because of the way java programs are structured.

Java 8 Functional Interfaces and Lambda Expressions help us in writing smaller and cleaner code by removing a lot of boiler-plate code.

An interface with exactly one abstract method is called Functional Interface. @FunctionalInterface annotation is added so that we can mark an interface as functional interface.

It is not mandatory to use it, but it’s best practice to use it with functional interfaces to avoid addition of extra methods accidentally. If the interface is annotated with @FunctionalInterface annotation and we try to have more than one abstract method, it throws compiler error.

The major benefit of java 8 functional interfaces is that we can use lambda expressions to instantiate them and avoid using bulky anonymous class implementation.

You can find more detail about them in Java 8 Stream Example.

java.lang.Runnable is a great example of functional interface with single abstract method run().

Below code snippet provides some guidance for functional interfaces:

Lambda Expression are the way through which we can visualize functional programming in the java object oriented world. Objects are the base of java programming language and we can never have a function without an Object, that’s why Java language provide support for using lambda expressions only with functional interfaces.

Since there is only one abstract function in the functional interfaces, there is no confusion in applying the lambda expression to the method. Lambda Expressions syntax is (argument) -> (body). Now let’s see how we can write above anonymous Runnable using lambda expression.

Let’s try to understand what is happening in the lambda expression above.

Why do we need Lambda Expression

Below I am providing some code snippets for lambda expressions with small comments explaining them.

Examples of method and constructor references:

That’s all for Java 8 Functional Interfaces and Lambda Expression Tutorial. I would strongly suggest to look into using it because this syntax is new to Java and it will take some time to grasp it.

You should also check out Java 8 Features to learn about all the improvements and changes in Java 8 release.