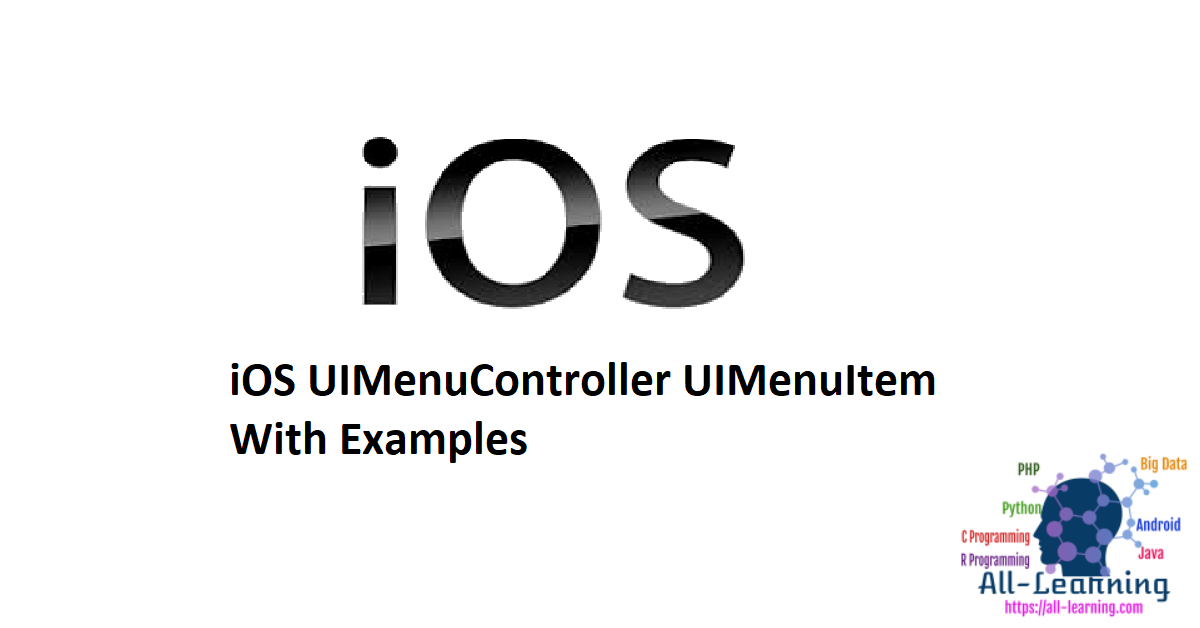 In this tutorial, we’ll implement the UIMenuController element in our iOS Application.

UIMenuController class is used to display an editing menu over the UI element. The editing menu is a rectangular box with different actions. By default, there are some inbuilt actions such as cut, copy, paste, lookup, replace, define etc.

Very commonly, this is also known as the iOS Tooltip Menu since it has handy commands for quick actions.

Knowing how this works is easier to understand with an example.

Let’s get started by a very small basic project.

Add a UITextField in your Main.storyboard in XCode as shown below: 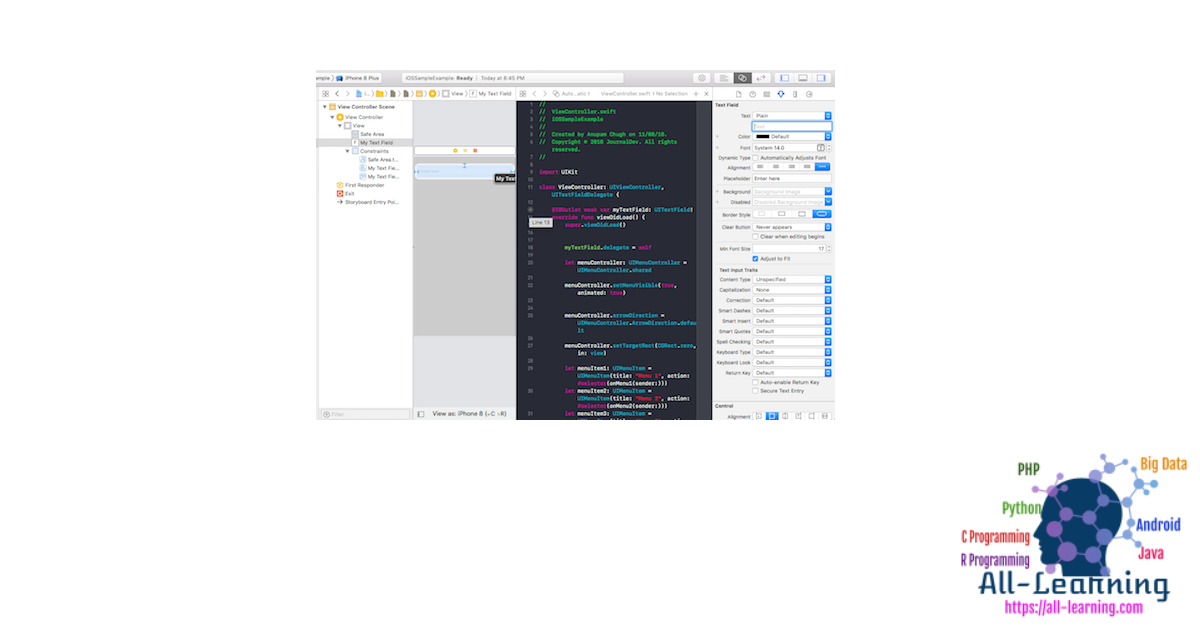 Following is the code for ViewController.swift:

Let’s analyze what is happening in the above code.

To create an instance of UIMenuItem we can define it as:

UIMenuItem(title: , action: ) – the title is the string and the action is the selector function that gets triggered when that UIMenuItem is clicked.

Then we set the array of MenuItem on the MenuController, by setting it on the menuController.menuItems.

The canPerformAction(_:withSender:) is a part of UIResponder. Returning true means all actions would be shown. Let’s see what are the all actions.

Let’s run the above iOS Application on the simulator and see the output.

WHOOPS! It shows so many actions. Why so?

By default, we are returning true in the canPerformAction. This returns all the actions.

In order to only show the actions we want, we can change the canPerformAction function to:

The built-in implementation of the above methods is available in the UIResponderStandardEditActions protocol. We can override them as well.

We’ve added the cut selector in the above if condition. This is how the final output looks: 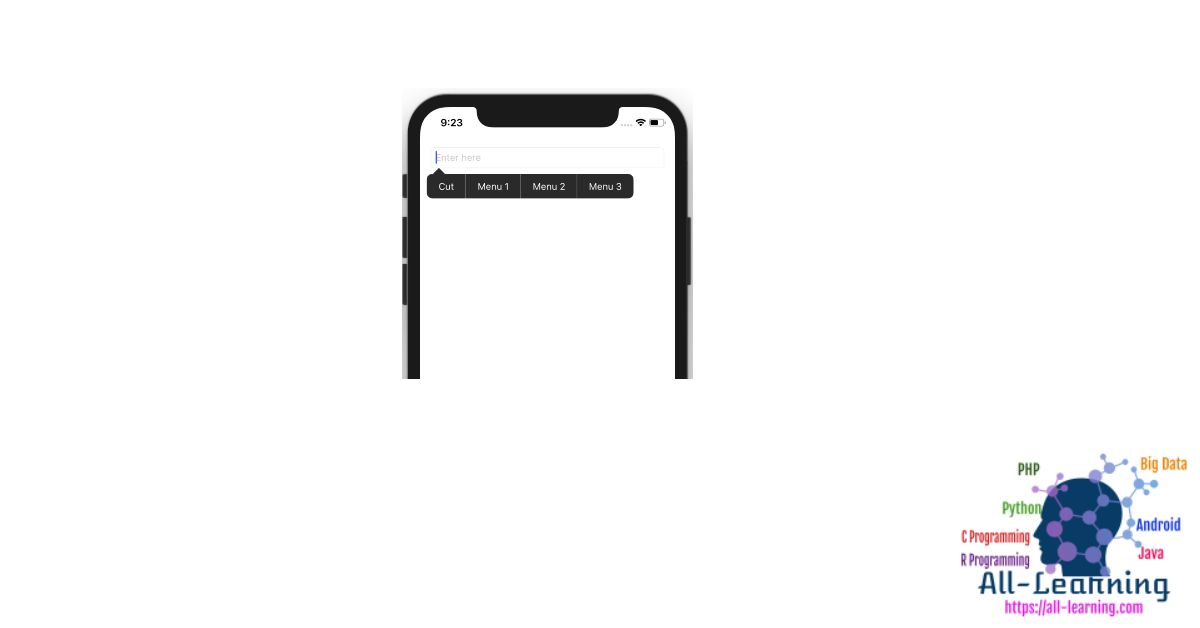 In the next part of this tutorial, we’ll implement UIMenuController on multiple elements and also implement the custom actions along with changing the MenuItems dynamically.

You can download the source code for this project from the link below and try adding your actions in the selector functions.