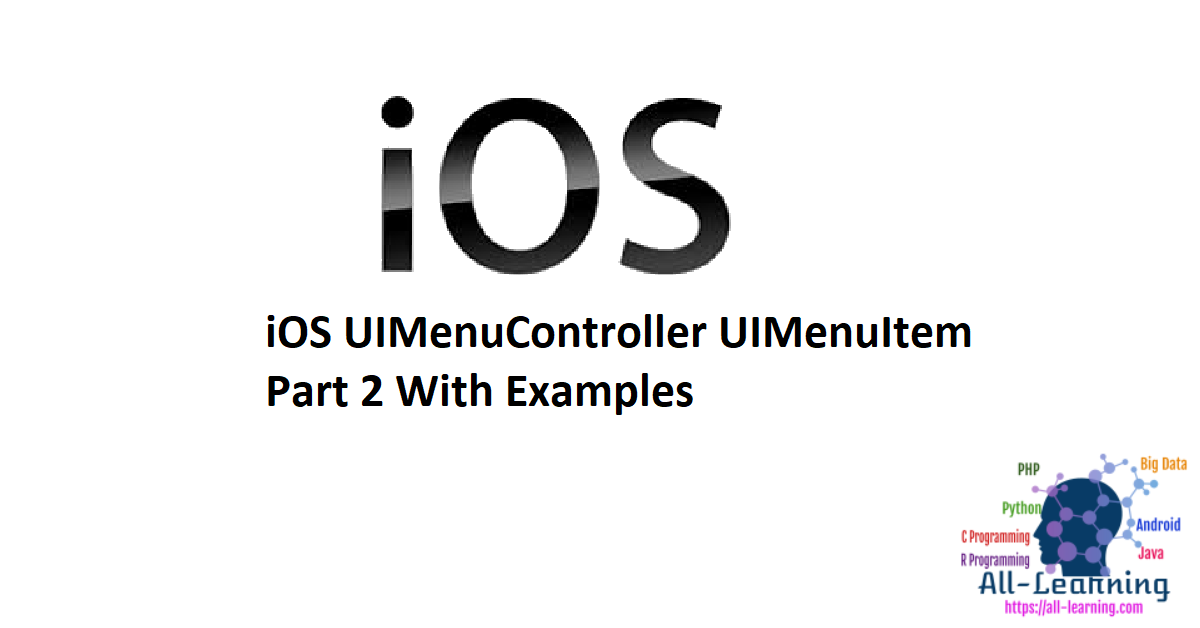 In the previous tutorial, we saw how to add a UIMenuController on a UITextField.
Now a UITextField by default has events to detect touch events and is the first responder as well.

In order to show a UIMenuController on a UILabel, we need to do the following things:

How do we set touch events on a UILabel?Answer: UIGestureRecogniser

Now, using a UIGestureRecogniser we can set a long press on the UILabel. Doing so, we will show the UIMenuController over the UILabel.

How is it positioned over the label?

By passing the UILabel reference in the setTargetRect method as we had discussed in the previous tutorial.

How will we set the UIResponder back to the UITextField when it is clicked again?

We must create a subclass of UILabel inside which we will override the canPerformAction method. Here we will enable the UIMenuItems for the UIlabel only.

To add/remove a UIMenuItem to/from an Array, we do:

The first method appends a UIMenuItem to the end of the array and second removes the UIMenuItem from an index passed.

We have two more variants for adding and removing UIMenuItems:

The second method, removes all UIMenuItems which matches the Predicate.
Example to remove all Menu Items with the title “Menu JD” we do:

Let’s talk code in the next section with our sample iOS Application.

In the above code, we have the implementation of the 4 UIMenuItem actions.
When Menu 3 is clicked, we remove it and add Menu 4 and vice-versa.
Inside the customPaste action, we are pasting the string from the UIPasteBoard.

Let’s next look at the implementation of JDLabel.swift

In the above code, sharedInit() is where we set isUserInteractionEnabled to true and add the gesture recognizer.
showLabelMenu() is where we initialise the UIMenuController
When the long press Gestture happens, we call the function firstResponder. Here we set the UILabel to becomeFirstResponder in order to display the UIMenuController when the Label is clicked.
Besides the three actions, we have implemented the copy action as well in the Menu.
Inside the copy function, we use UIPasteBoard class to copy the label text. This is eventually pasted in the UITextField. 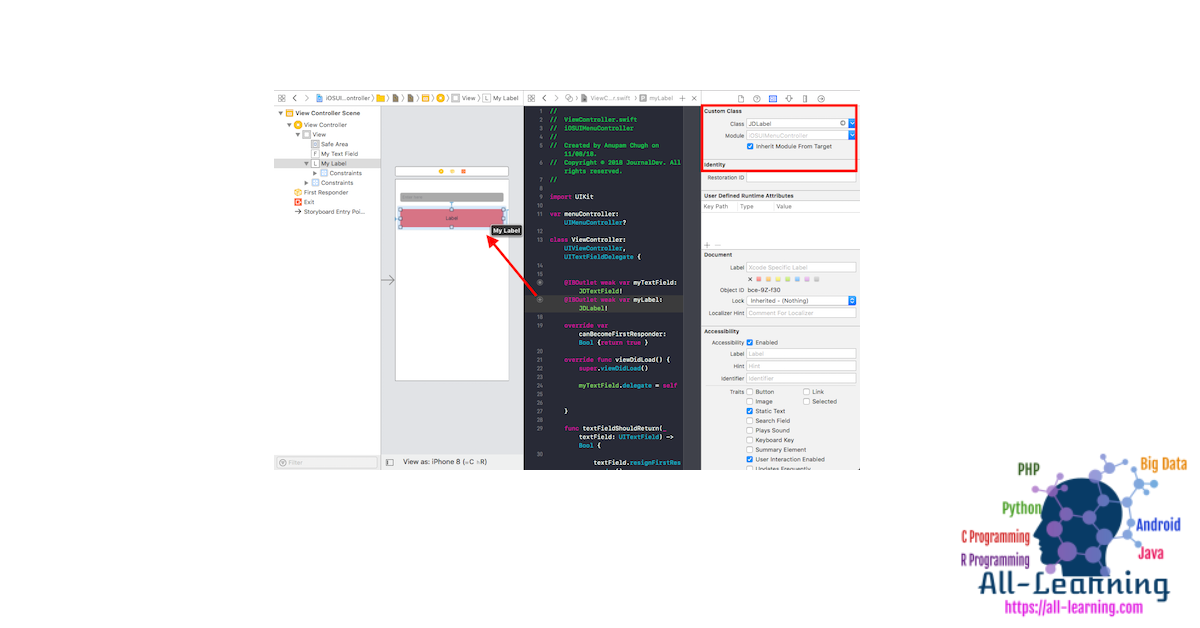 Make sure that you’ve set the subclass in the Attributes Inspector for each of them.

The code for the ViewController.swift is given below:

A lot is happening above:

The output of the application in action is given below:

So in the above output, we were able to implement copy paste as well as adding and removing menu items in our UIMenuController. When you click on any of the Menu Items, you’ll notice that the methods defined in their respective subclass are executed.

This brings an end to this tutorial. We used UIPasteboard along with UIMenuController. You can download the project from the link below