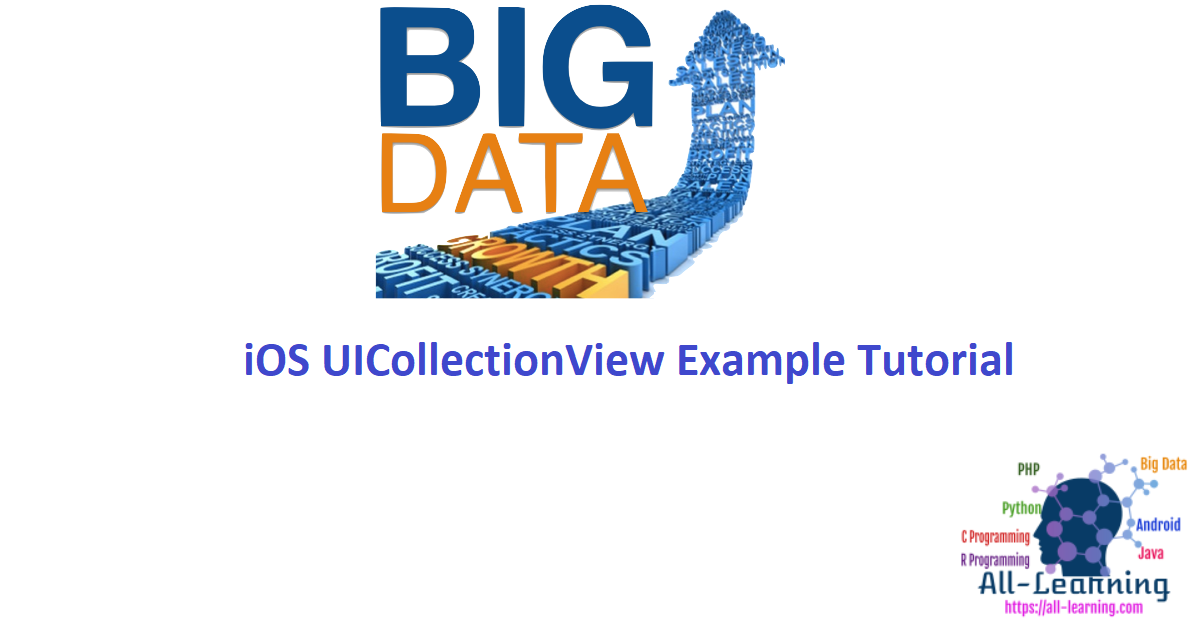 In this tutorial we’ll look into iOS UICollectionView component and develop a basic application out of it.

The most common place where a UICollectionView layout is seen is in the Photos App.

Let’s take advantage of Storyboards to implement a Collection View in our View Controller.

For that drag the Collection View onto the View Controller and drag it to cover the full screen below the navigation bar.

Change the background color to black so that the bounds of the Collection View are perfectly visible. 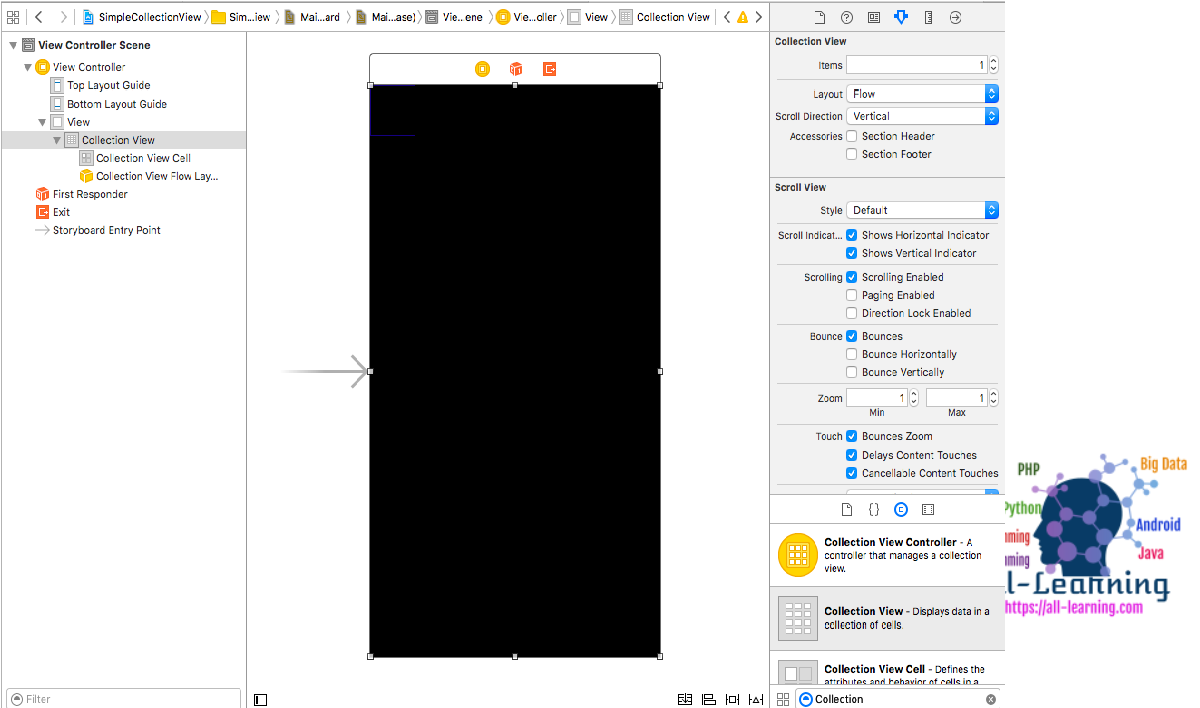 The UICollectionView cell is too small. Let’s make it bigger from the attributes inspector in the right panel. We’ve shown how to do it in the image below.

We’ve defined the cell identifier too that would be used in the ViewController.swift file.

As usual we need to control click and drag the Collection View to the dock ViewController button to connect the data source and the delegates. This can be done in the code too, but we prefer doing it here itself.

The Storyboard is ready. We’ll add the collection view outlet to the ViewController.swift from the assistant editor as shown below.

The ViewController.swift is given below.

That’s a lot of code to digest at once! Let’s break it down.

We’ve added all the protocol methods used besides the UIViewController.

Now before we look into the UICollectionViewDelegateFlowLayout methods, once switch to the storyboard and focus the collection view and change the number of items to 2. An image like the one shown below would be seen. 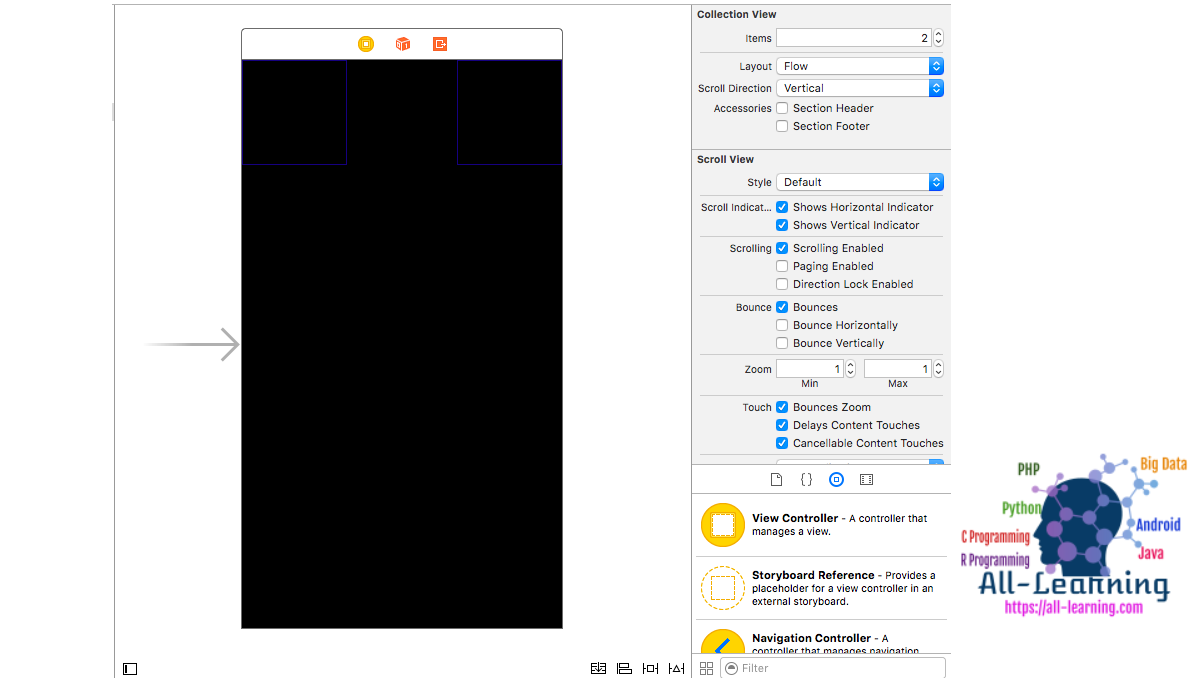 We need to customise the spacing between the cells so that it looks more cleaner. Hence the two methods are implemented. The values returned are CGFloat values. After playing around with different values, we found the ones given above as the best fit for the present iOS app.

The function collectionView(collectionView: UICollectionView, cellForItemAtIndexPath indexPath: NSIndexPath) -> UICollectionViewCell is similar to the one in the TableView example. We’ve assigned a random background value to each cell using the randomColor() function by choosing a random R G B and returning the UIColor instance.

Running the application gives us the following output.