Introduction to Bower With Example [Latest] 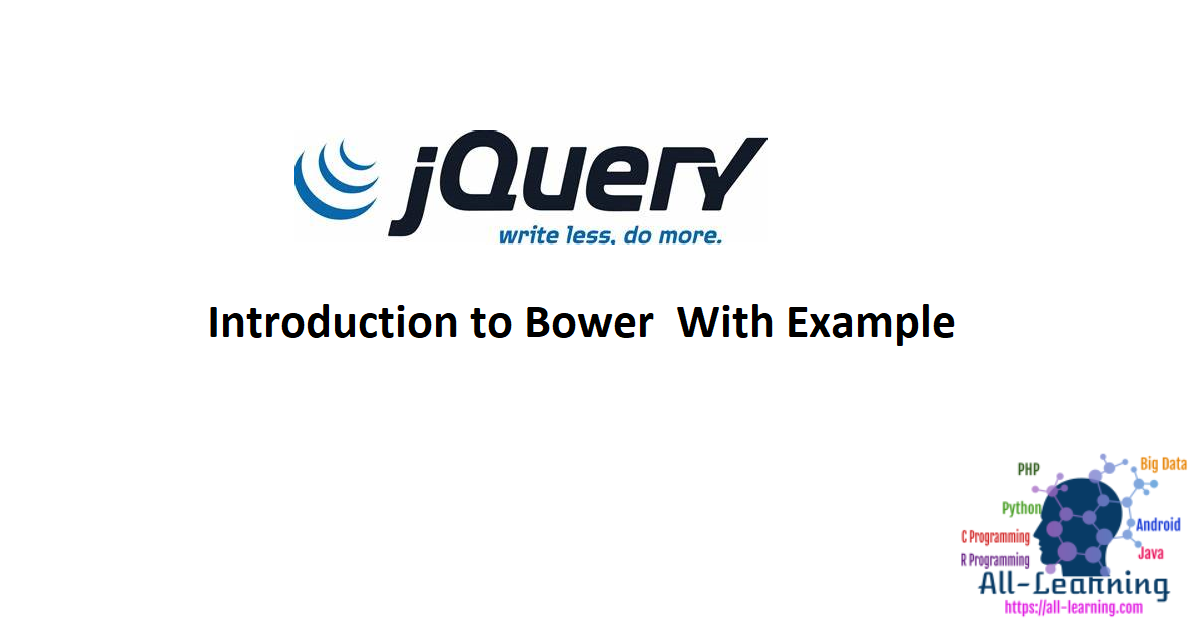 There are many tools and libraries available today that makes our development task easier. In this post, we are going to introduce a great tool for managing the dependencies called bower.

You have to download and install NodeJS and NPM before proceeding to the next sections. You don’t need to master NodeJS features to complete this tutorials but it’s always good to have a basic understanding on this technology. If you want to learn more about the environment set up and installation of NodeJS, you can go through the following posts otherwise you can jump to next section.

You can use Bower as the package manager for the web applications. Bower will help you to find, fetch download the required packages for your application. Bower uses a manifest file called bower.json to keep track of these installed packages.

Bower requires NodeJS, npm and Git. So make sure to install these components before installing bower.

Installing Bower for a Project

If you want to restrict the installation to a project then remove the -g from the above command.
npm install bower
You can use the terminal available in JetBrains WebStorm. 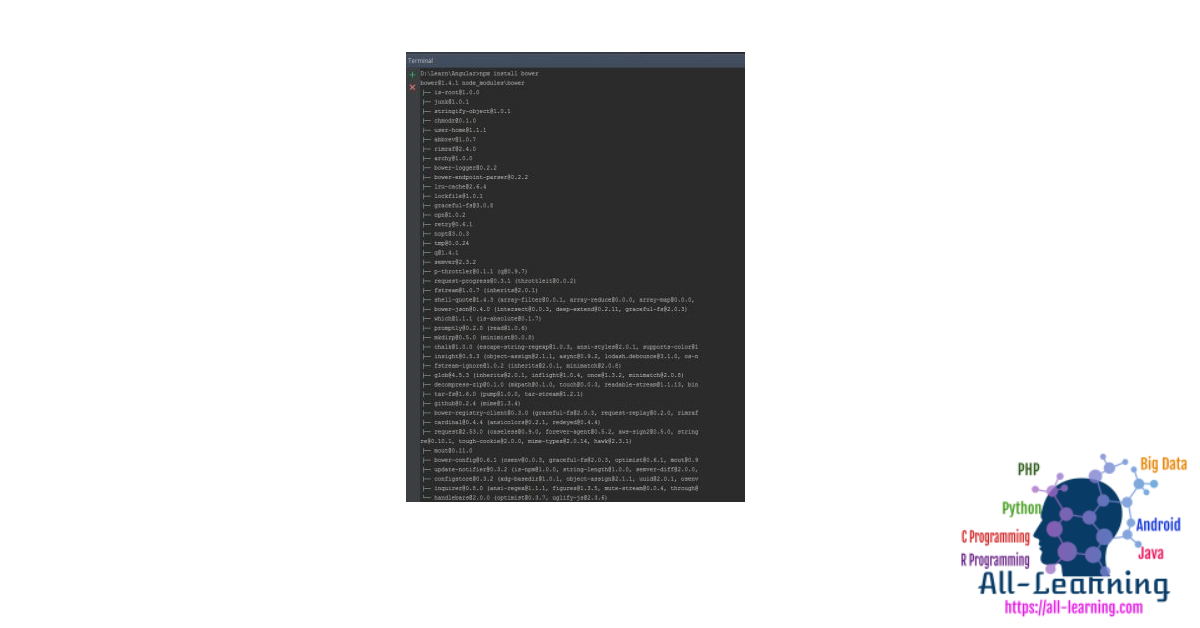 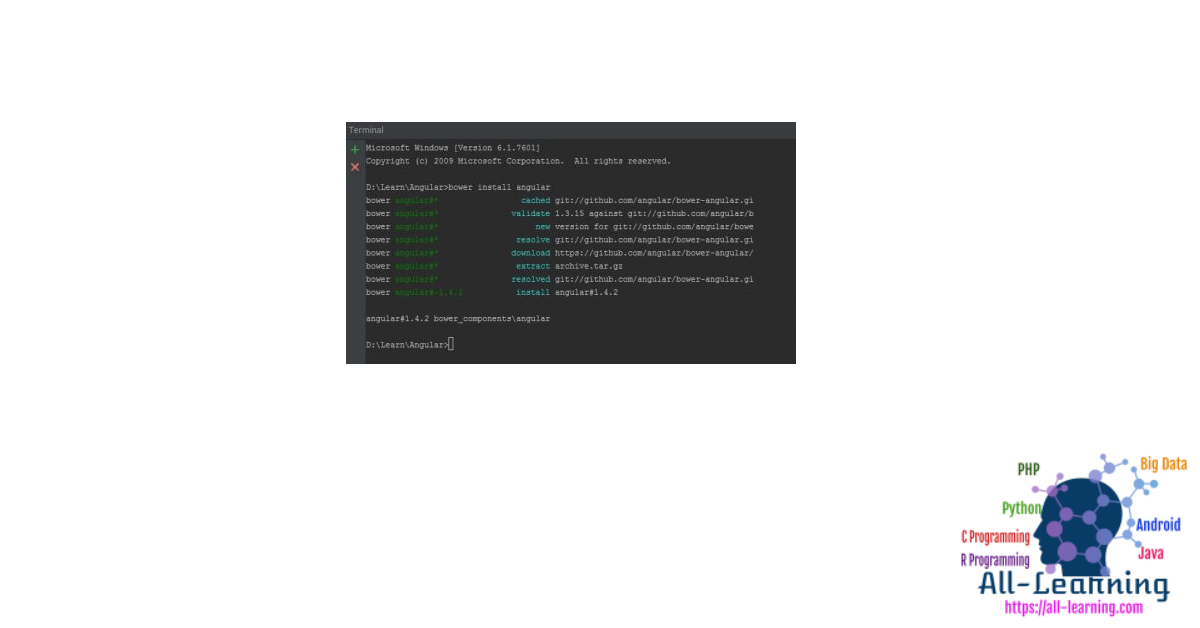 You will see the installed angularJS under bower_components folder. 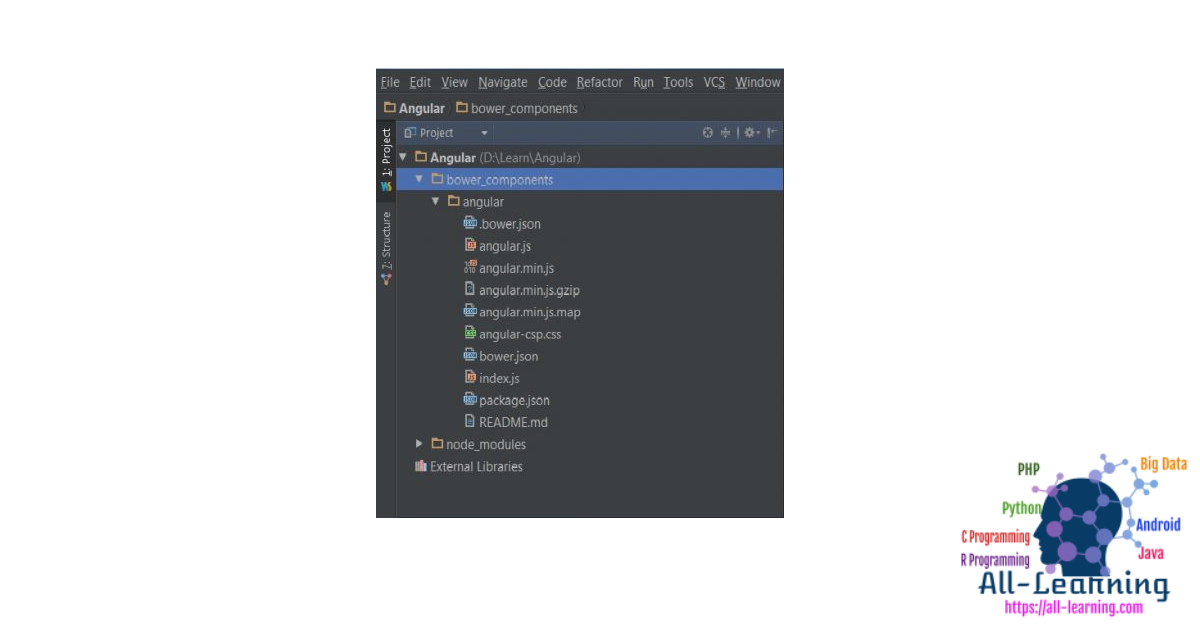 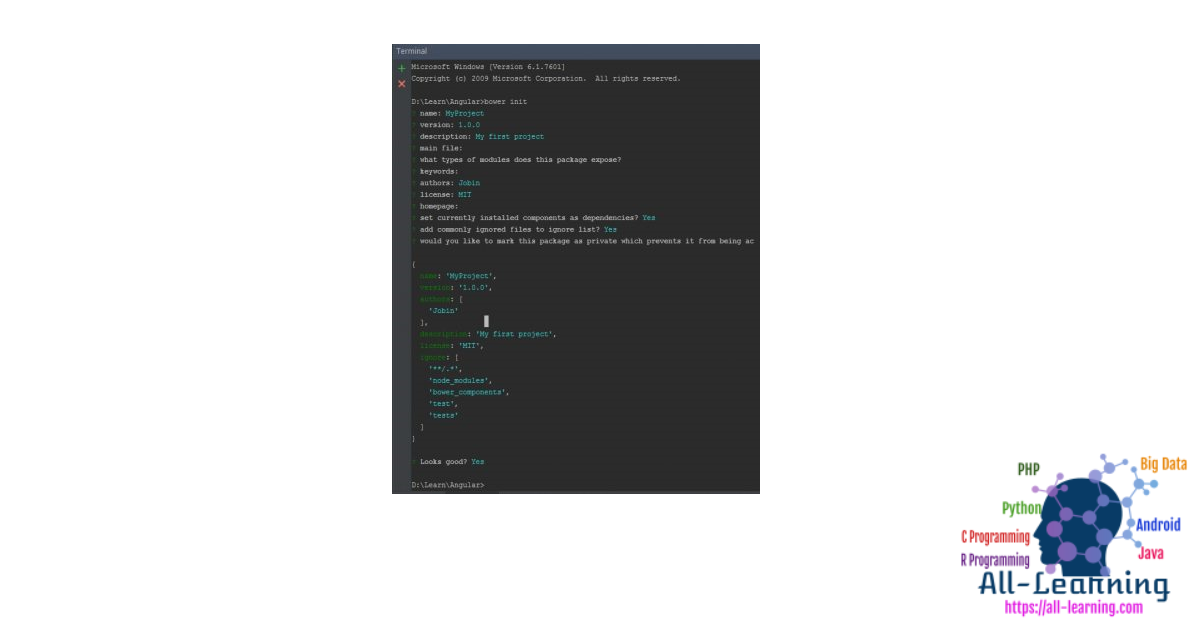 We can add package to our project’s bower.json dependencies array – using  bower install --save command.
The following command will add jquery package and update the above bower.json file.
bower install jquery --save

You can see the jquery package as a dependencyin the updated json file.

You can also add any package to the devDependencies array using bower install --save-dev command.
The following command will add the testing framework jasmine as a devDependency

You can see the following updated json file with added devDependency.

bower uninstall <package1>  <package2>
Bower is a wonderful tool that can be used to solve the fundamental issues like finding, fetching and downloading the required packages for your application.

That’s all about bower and you will see more angularJS tutorials in the coming posts.