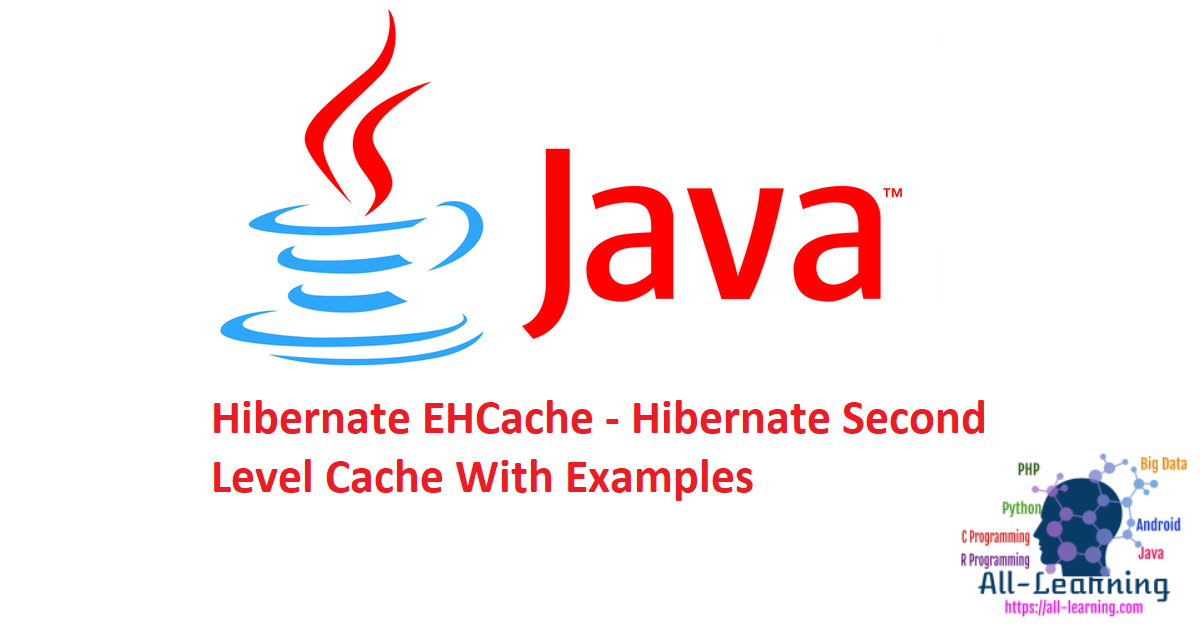 One of the major benefit of using Hibernate in large application is it’s support for cache, hence reducing database queries and better performance. In earlier example, we looked into the Hibernate First Level Cache and today we will look into Hibernate Second Level Cache using Hibernate EHCache implementation.

Hibernate Second Level cache providers include EHCache and Infinispan, but EHCache is more popular and we will use it for our example project. However before we move to our project, we should know different strategies for caching an object.

Since EHCache supports all the above cache strategies, it’s the best choice when you are looking for second level cache in hibernate. I would not go into much detail about EHCache, my main focus will be to get it working for hibernate application.

Create a maven project in the Eclipse or your favorite IDE, final implementation will look like below image. 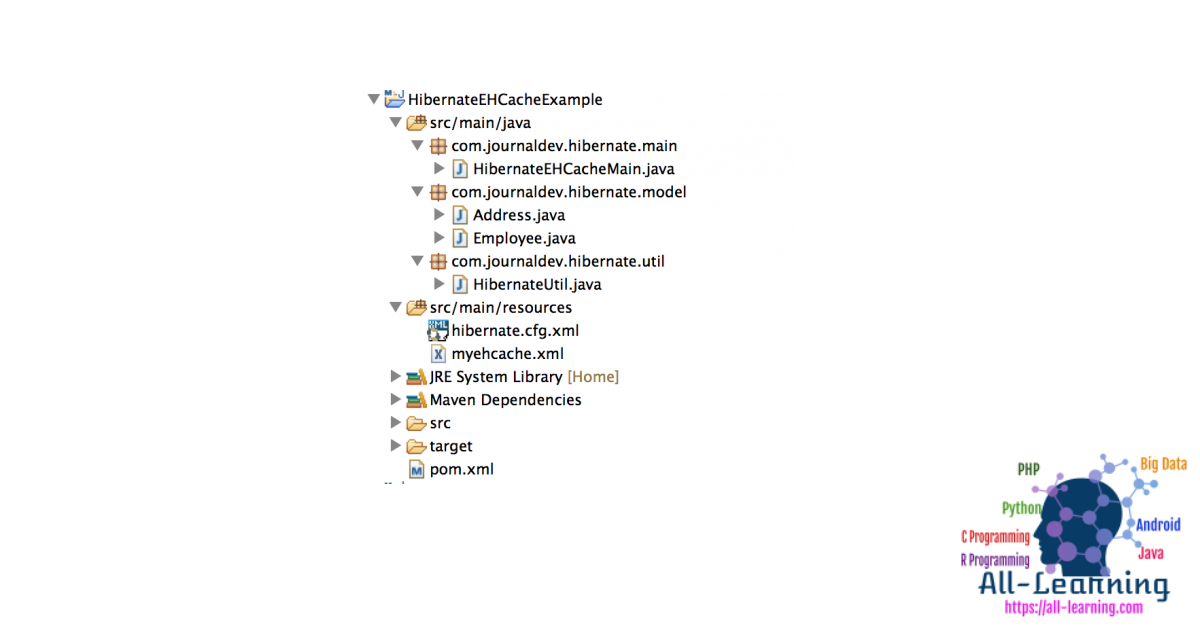 Let’s look into each component of the application one by one.

For hibernate second level cache, we would need to add ehcache-core and hibernate-ehcache dependencies in our application. EHCache uses slf4j for logging, so I have also added slf4j-simple for logging purposes. I am using the latest versions of all these APIs, there is a slight chance that hibernate-ehcache APIs are not compatible with the ehcache-core API, in that case you need to check the pom.xml of hibernate-ehcache to find out the correct version to use. Our final pom.xml looks like below.

Hibernate Second level cache is disabled by default, so we would need to enable it and add some configurations to get it working. Our hibernate.cfg.xml file looks like below.

Some important points about hibernate second level cache configurations are:

Hibernate EHCache provides a lot of options, I won’t go into much detail but some of the important configurations above are:

Note that I am using the same database setup as in HQL example, you might want to check that to create the database tables and load sample data.

We have a simple utility class to configure hibernate and get the SessionFactory singleton instance.

org.hibernate.stat.Statistics provides the statistics of Hibernate SessionFactory, we are using it to print the fetch count and second level cache hit, miss and put count. Statistics are disabled by default for better performance, that’s why I am enabling it at the start of the program.

When we run above program, we get a lot of output generated by Hibernate and EHCache APIs, but we are interested in the data that we are printing. A sample run prints following output.

As you can see from output, statistics were disabled at first but we enabled it for checking our hibernate second level cache.

Step by step explanation of the output is as follows:

So it’s clear that our Hibernate second level cache; Hibernate EHCache; is working fine. Hibernate statistics are helpful in finding the bottleneck in the system and optimize it to reduce the fetch count and load more data from the cache.

That’s all for the Hibernate EHCache example, I hope it will help you in configuring EHCache in your hibernate applications and getting better performance through hibernate second level cache. You can download the sample project from below link and use other stats data to learn more.