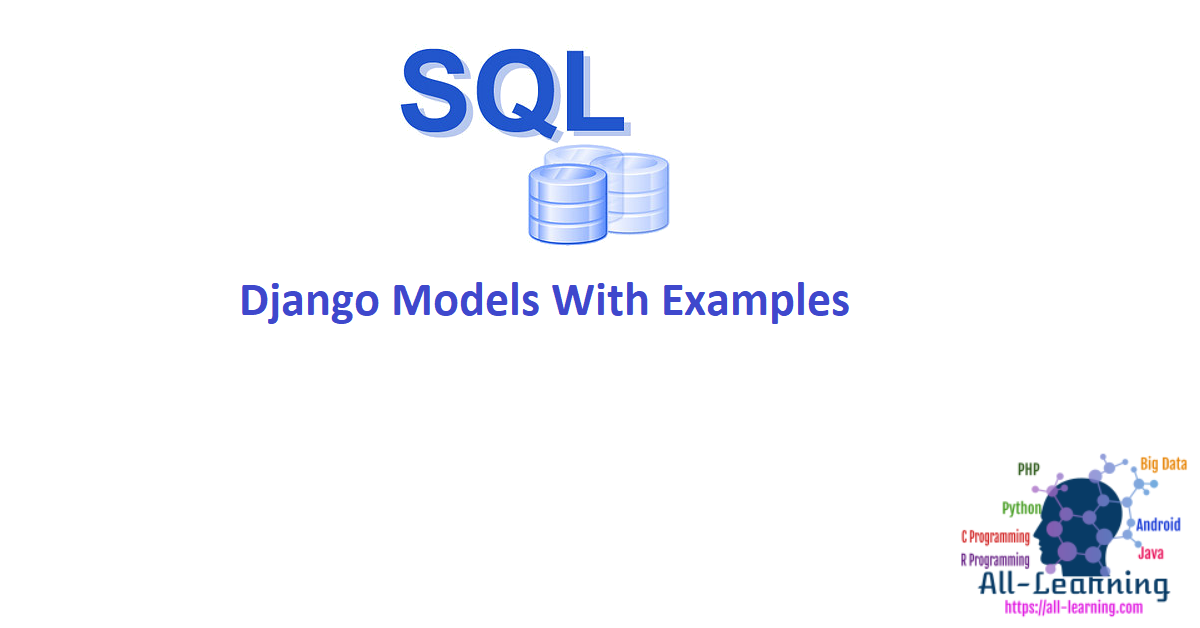 In this tutorial, we’ll get into the details of Django Models. Before we do that, let’s quickly set up our Django Project from the terminal. 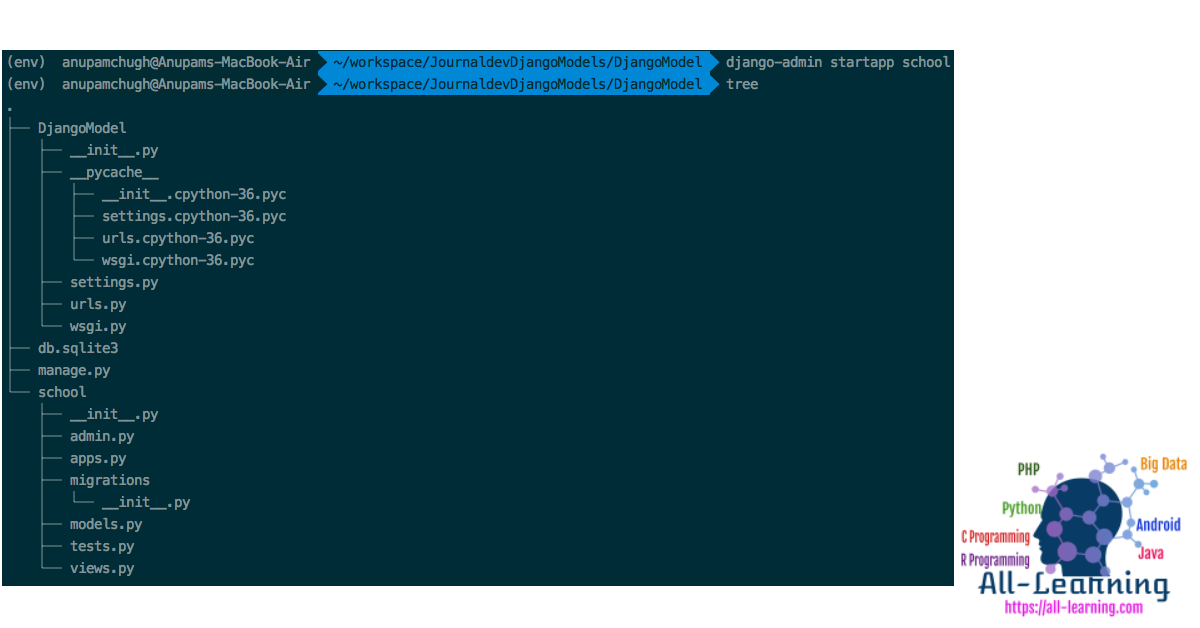 Once we’ve created the school app, we need to add it in the INSTALLED_APPS inside the settings.py 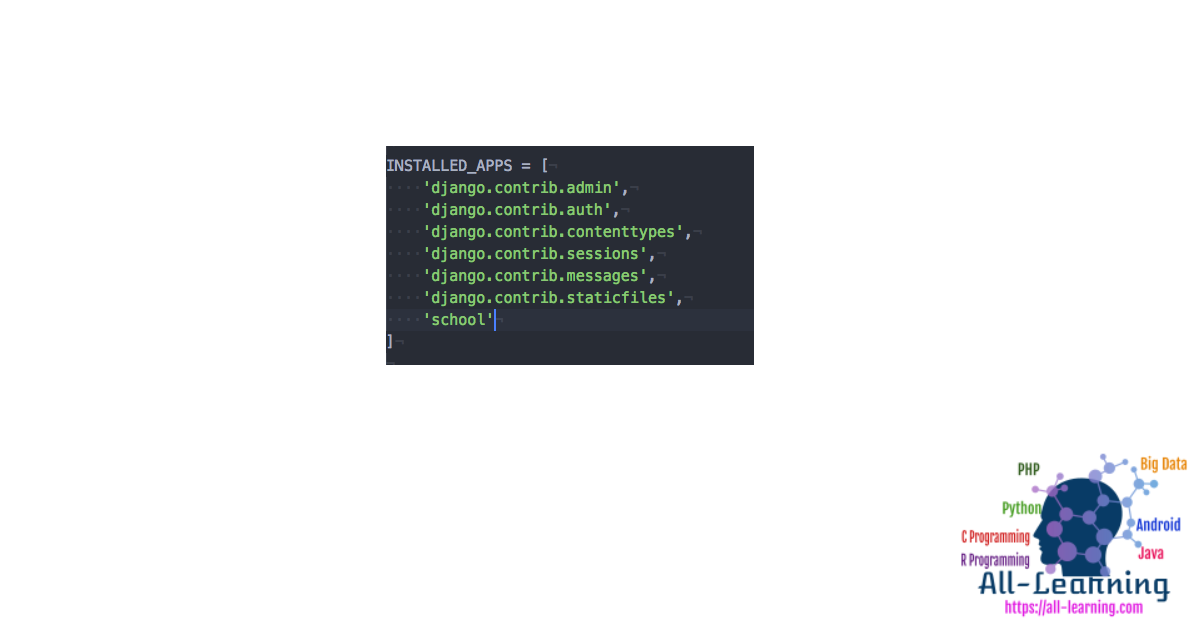 Take note of the models.py file that’s created in the school app. It’ll be the Most Wanted file in this tutorial. Let’s get started.

The database is an important part of any web application. Django Models are a source of information for your data. You can store values in the form of fields in it.

Django Models are used to execute SQL code behind the scene as well.

Let’s create our first Django Model in the models.py file.

Following is the code from the models.py file:

Student is a Django Model with four fields.

How to set a primary key?

null – Setting null equal to True allows us to leave the column as blank. The column would then store NULL as the value.

blank – Again the field is allowed blank if blank=True. blank is used for Form validations where we can specify if entering in a field is mandatory or not.

default field option is required in choices unless to put a null or blank option.

How to add this Model to the Database?

The above command creates the model.

This is the output from the terminal: 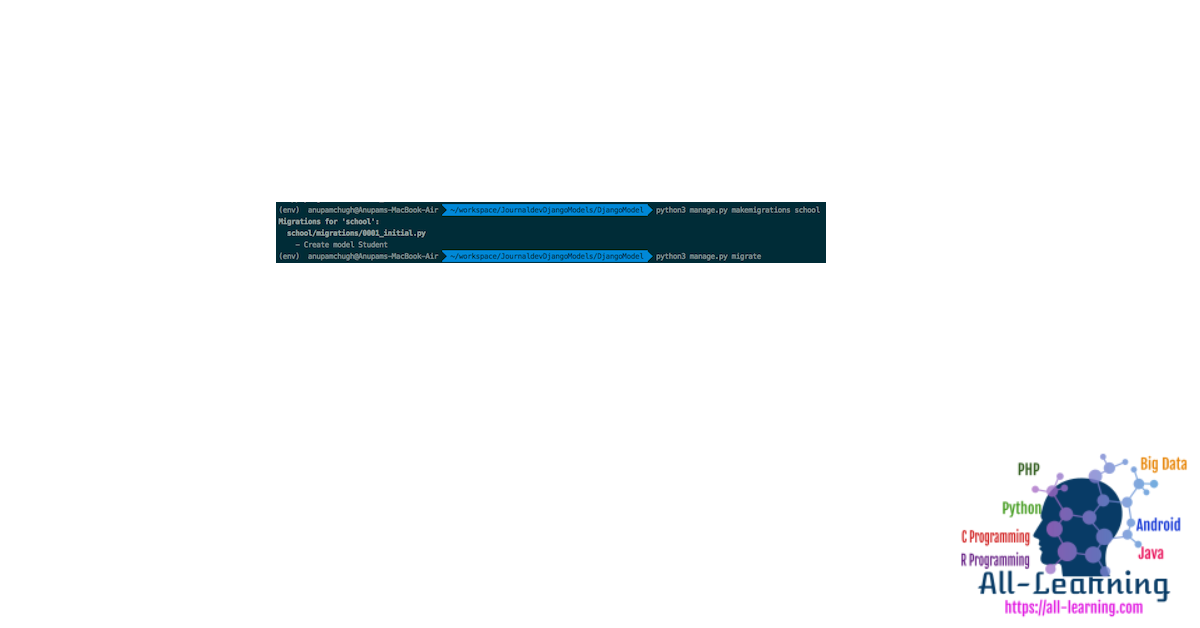 Let’s open the views.py file and create basic Django Models and print them on the screen.

save() method adds the model to the database.

Every time when you load this page new model would get appended. Hence at the beginning, we delete() all models.

For the choices, to display the right-hand side part we use the auto-generated method get_section_display() 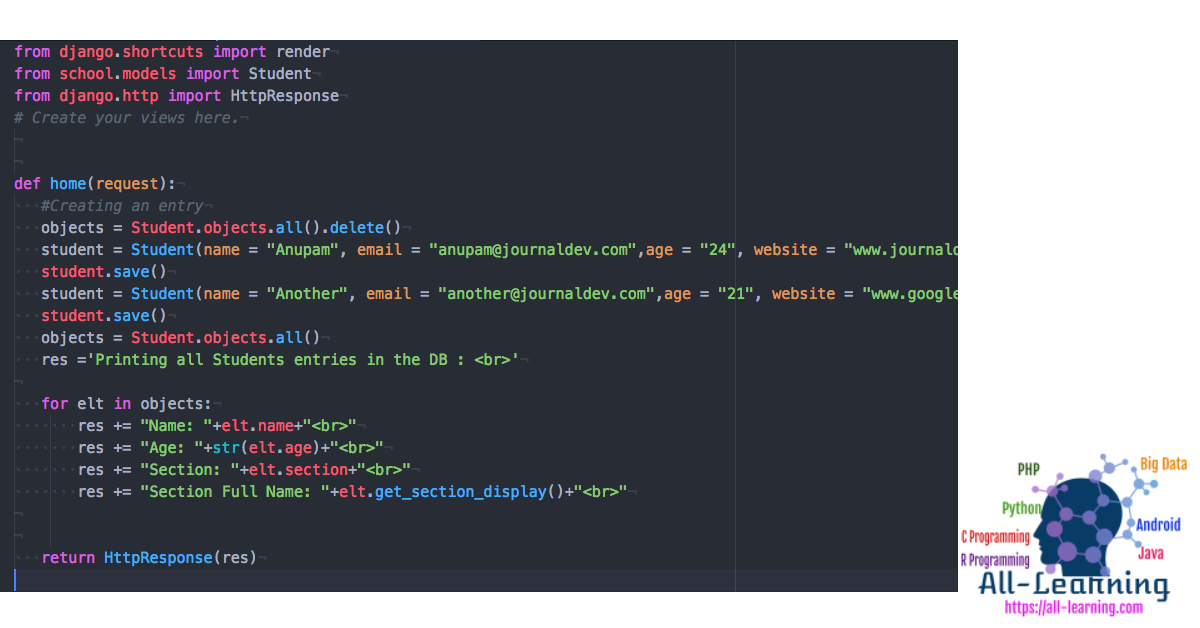 Time to do the URL routing in the urls.py file. 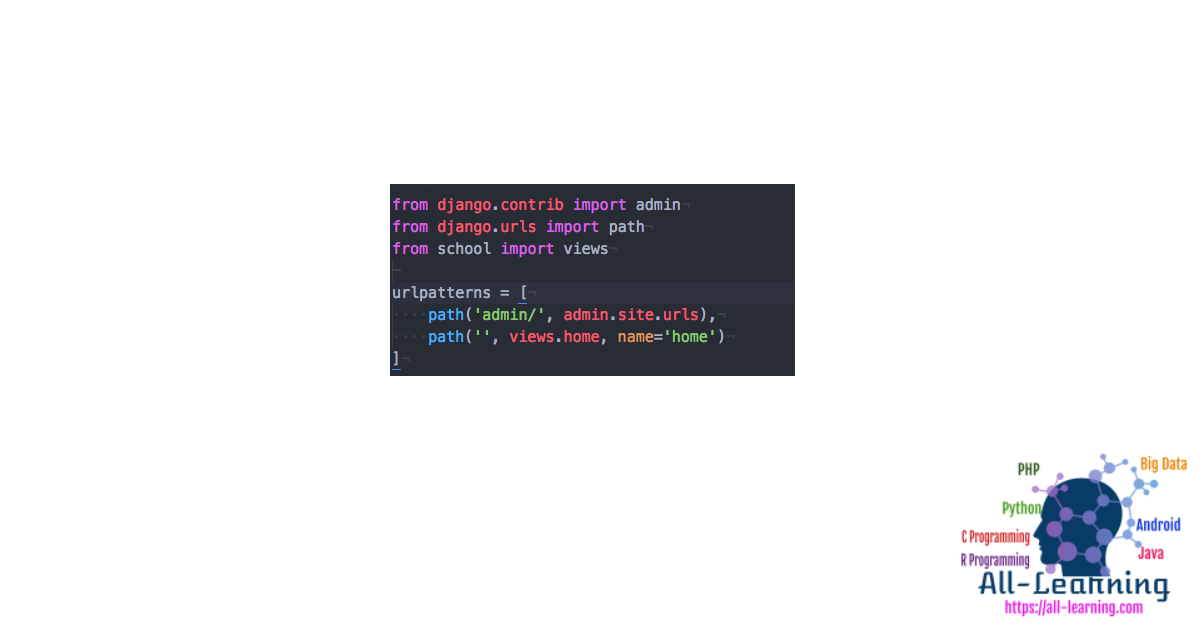 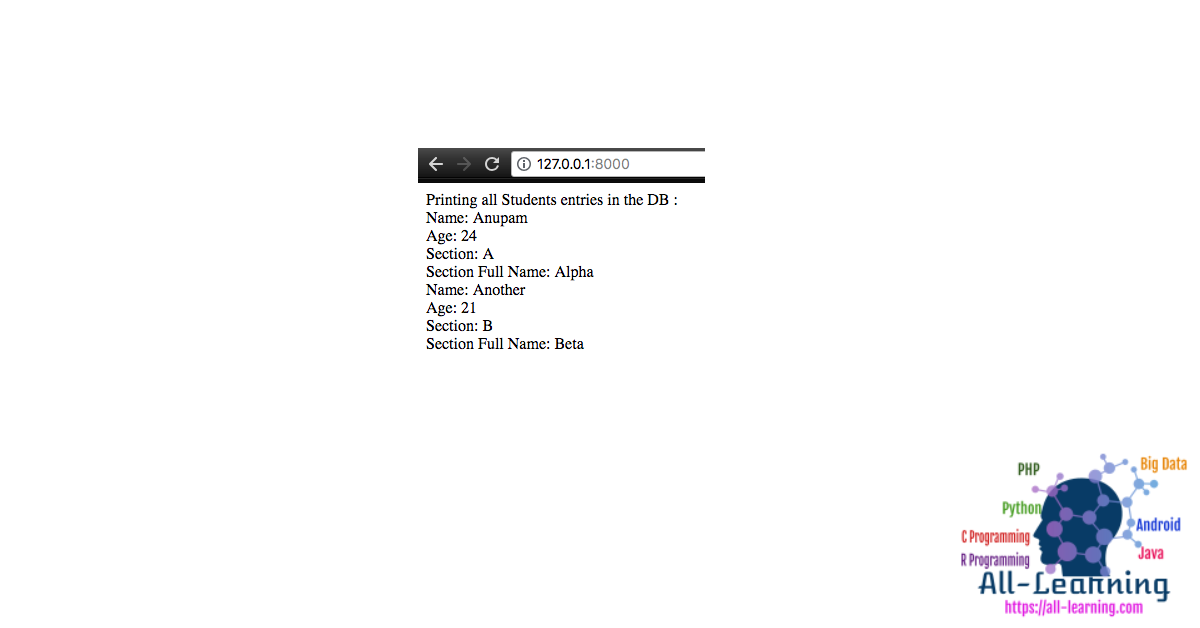 Alternative way to create a new instance of Django Model:

Besides creating, deleting, retrieving which we have implemented till now, we can search the data as well using filters.

How to Filter greater than and less than?

A metaclass is an inner class we can define inside Django Models. We can specify the verbose_name of the Django Model class and default ordering field name, db table name etc.

Foreign Key is linked to another class. This time a django inbuilt class.
on_delete field option tells what to do when the model is being deleted.

through is used to connect two tables through an intermediary class.
Let’s learn about this through an example use case.

Following is our models.py class:

Save the file and let’s run the following command in the terminal:

This would open an interactive shell where we can create test data for the above Django Models. 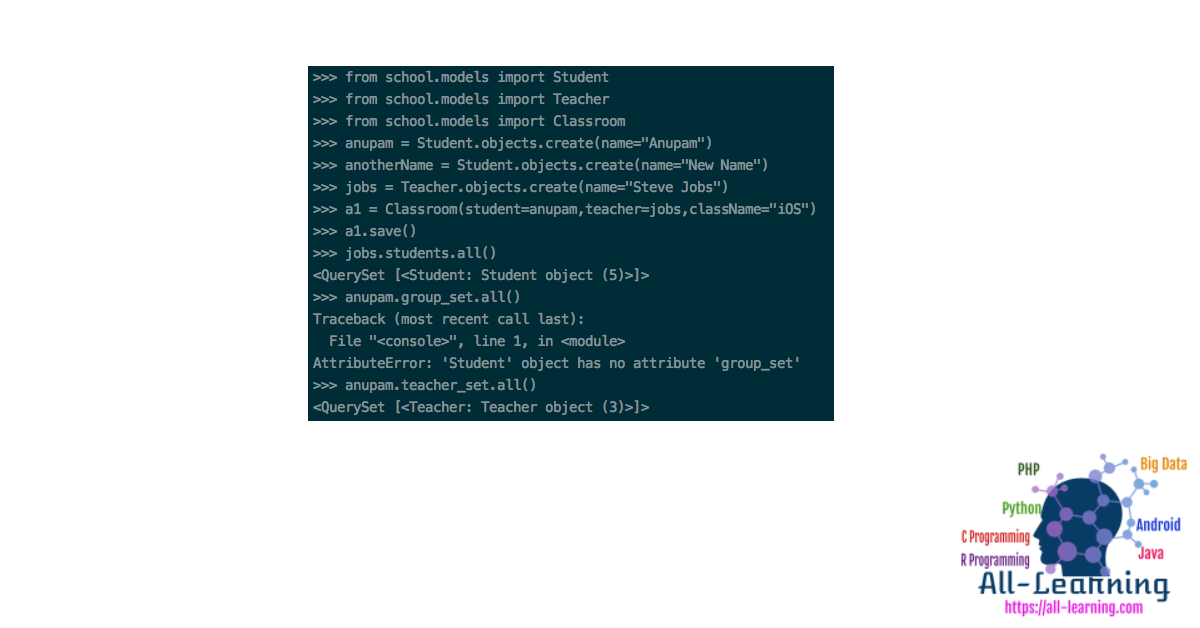 We create sets of individual models and merge them in the classroom.
On querying the Teacher model, the students are automatically updated, thanks to through.

SQL date_format() function – All you need to know! With Examples [Latest]

SQL CAST() function – All you need to know! With Examples [Latest]