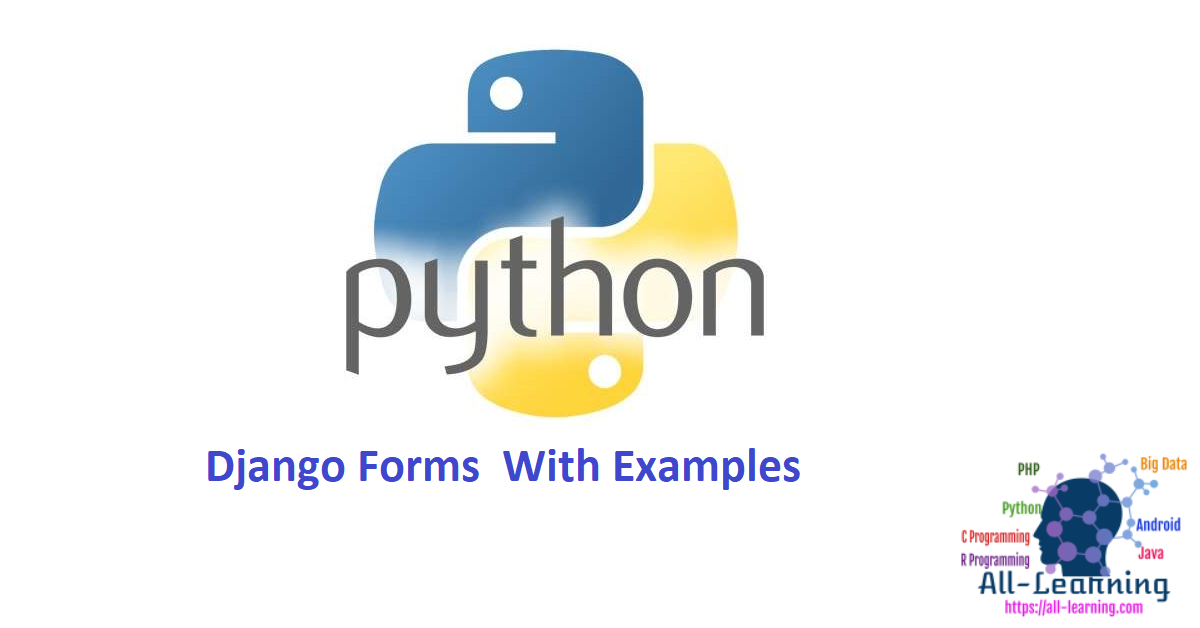 In this tutorial, we’ll be discussing Forms in our Django Project. In the previous tutorials, we had discussed Django Templates and Django Models. Today, we’ll see how Django Forms work and use them with Templates as well.

Forms are an essential part of any web application that requires user input. Be it login forms, entering survey details, writing blog posts and comments(like we do on JournalDev!).

Let’s first discuss HTML forms since those are what would be finally displayed on the screen.

The form tag consists of an action which takes you to the mentioned url path when submit input type is clicked.

In the method, we set it to GET or POST normally. The label acts as a hint for the id of the input tag it is linked to.

Note: There are several other fields such as DateField, BooleanField and many more that can be used inside forms.

GET vs POSTGET is used to send the data in the form of a string which gets appended to the URL. This doesn’t change anything in the database.

POST method is used to bundle up the data and send it to the server. It gets a response back. This is normally used to update the database.

GET is vulnerable to cross forgery site attacks since the data is available in the url itself.

GET shouldn’t be used in cases such as password forms. A POST is more resistant to attacks.

Django makes our lives easier by handling the tiny details such as creating and re-creating the forms in the HTML page, validating the data entered and performing any actions set upon the forms.

Just like HTML has the form tag, Django has a Form class.
The Form class is defined as:

We can render this class using Django Templates in the HTML page.
When the Submit button is clicked, the Form class would do the validation check using the is_valid() method on the instance of the above class.

Once the validation is cleared the form data is available in the Form class’s cleaned_data attribute.

Django Forms can be of two types:

unbound – No data is present in the forms. They are empty.

bound – Data is filled in these types of forms.

The above concepts may be difficult to digest. The best possible way is to learn by example.

In the next section, we’ll create a basic Django Web Application with Forms implemented.

Our application would take responses and show it on the next screen.

Let’s create a new Django Project and start a new app inside it named responseapp.

Following is the ordered list of commands we’d entered in the terminal. To know the details visit our First Django Tutorial. Don’t forget to add the Django app in the settings.py file: Add the following code in your forms.py file:

The code for views.py file is given below:

You must use csrf(Cross Site Request Forgeries) for Django Forms which have the method POST.

This renders the Django Form and uses the template language by passing the complete form instance to the HTML.

The code for our initial responseform.html class is given below:

Run the following commands on your terminal on the inner DjangoFormBasics folder:

Note: You must specify the url patterns. Check out the urls.py files defined later in this tutorial.

Following is the output of the application in action. WHOOPS! It looks ugly horizontally. We can arrange the Forms in the following orders:

For form_as_ul you must enclose it in the ul tag.

Also, the submit button doesn’t work, let’s add another html page which will catch the form responses and display there.

The updated code for the responseform.html is given below:

In the above code, we’ve added a method and action. When submit is clicked the user would be taken to the /thankyou/ page with the form data POSTed.

The code for the views.py file is given below:

Initially, the else statement will execute and create an empty form.

Later when submit is clicked, if block is executed and if the form is validated we load the thankyou.html page using Loaders with Django Templates.

The form data is passed to the thankyou.html class as:

The code for the urls.py created inside the responseapp folder is:

responseapp_views is same as responseapp.views. It calls the views.py file from where the application starts.

The output of the application in action is:

This brings an end to this tutorial. You can download the project from below: