Brief Tutorial on Data Types and Modifiers in C [Latest] 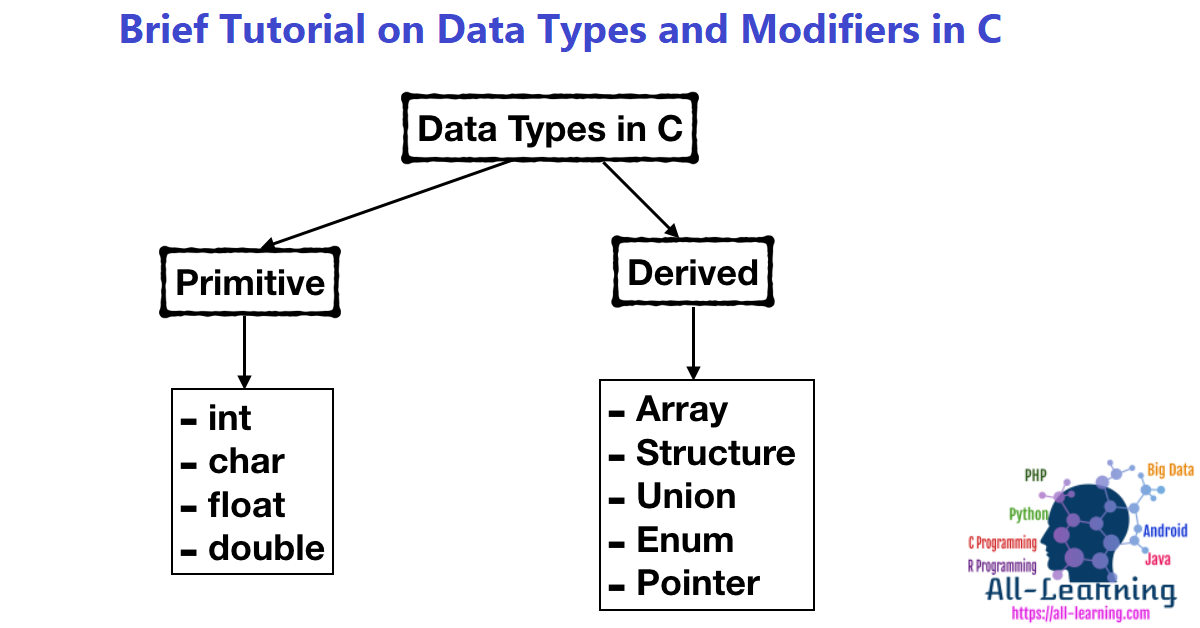 Brief Tutorial on Data Types and Modifiers in C With Examples

We need to specify the data type of variable(identifier) to store any data in it.

Explanation and basic usage of the concept is provided below. Data types and Modifiers have significant in-depth technical details which are not covered in this article.

There are 2 categories of Data Types in C:

It stores single character such as ‘a’, ‘Z’, ‘@’ etc. including number, symbol or special character. It takes 1 byte (8-bits) to store each character.

It stores real numbers with precision upto 6 decimal places. It takes 4 bytes of memory and is also known as floating point number.

These are made by collection or combination of primitive data types and hence known as derived data types. Details will be covered in the articles dedicated to each topic of the following:

These are keywords in C to modify the default properties of int and char data types. There are 4 modifiers in C as follows. It is default modifier of int and char data type if no modifier is specified. It says that user can store negative and positive values.

When user intends to store only positive values in the given data type (int and char).

It is important to understand the basic usage of data types to code and develop logic. There is a lot more about data types, however, you can easily proceed in your journey to C programming with the information provided.

memset() in C With Examples [Latest]