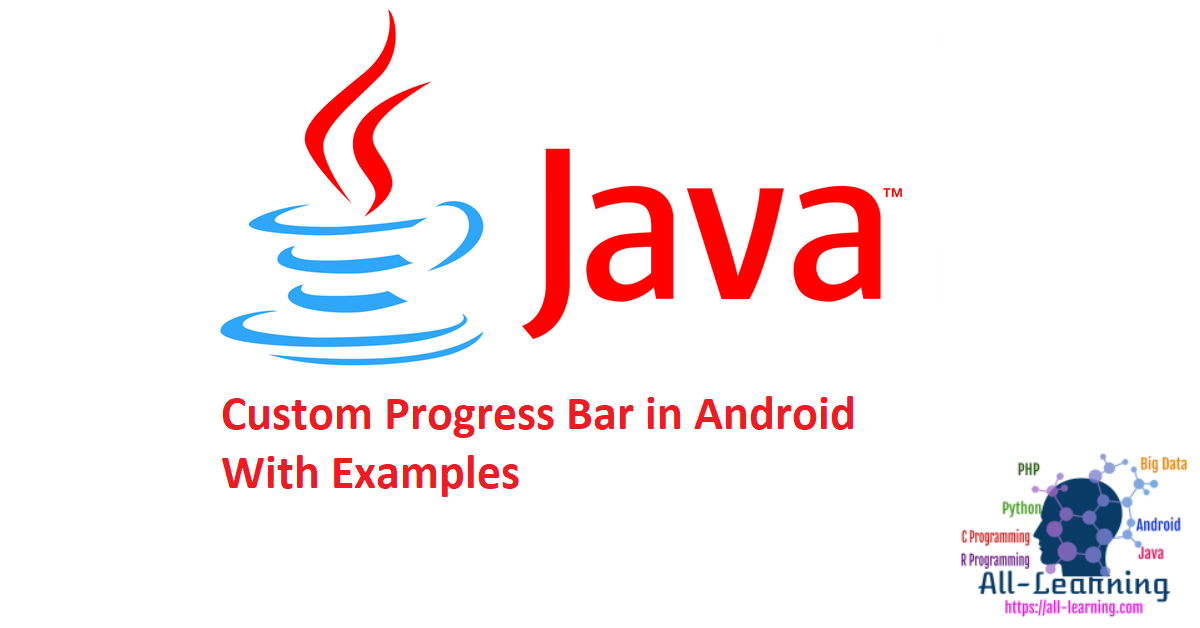 Custom progress bar in android application gives it a personal touch. In this tutorial, we’ll create a custom progress bar by implementing a spinning logo icon in our application. Most of the time, we end up using a ProgressBar as the loading icon while the data gets loaded. Going by the current trend, apps like Reddit, UBER, Foodpanda and Twitter have replaced the commonly used Progress Bar with their application’s icon as the loading icon. This gives their application as well as logo brand a touch that makes them stand out from the rest.

Let’s see the classical way of showing a loading icon in our application’s activity. 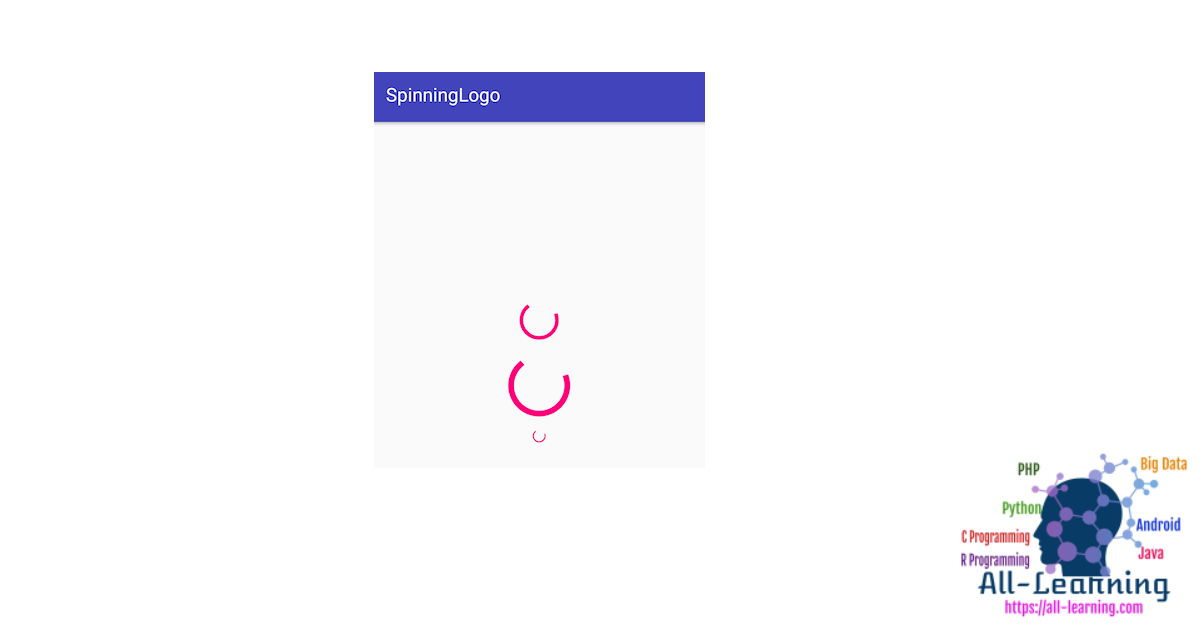 The code for the layout above should look like this:

We’ve set three circular ProgressBars that rotate endlessly in the above layout. Now let’s try to add a ProgressBar that spins an icon indeterminately. 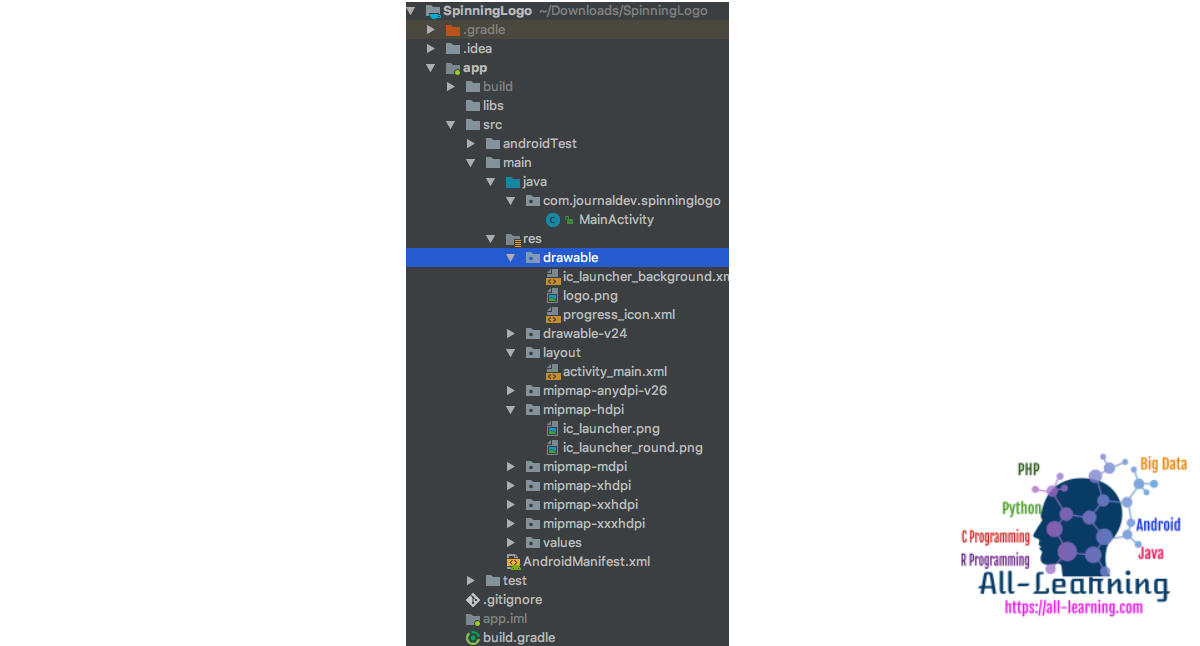 The ProgressBar class contains an attribute indeterminateDrawable which replaces the default indicator with the drawable specified. Let’s see what happens when we place an icon in the ProgressBar.

The output that the above layout reflects in our application is given below. 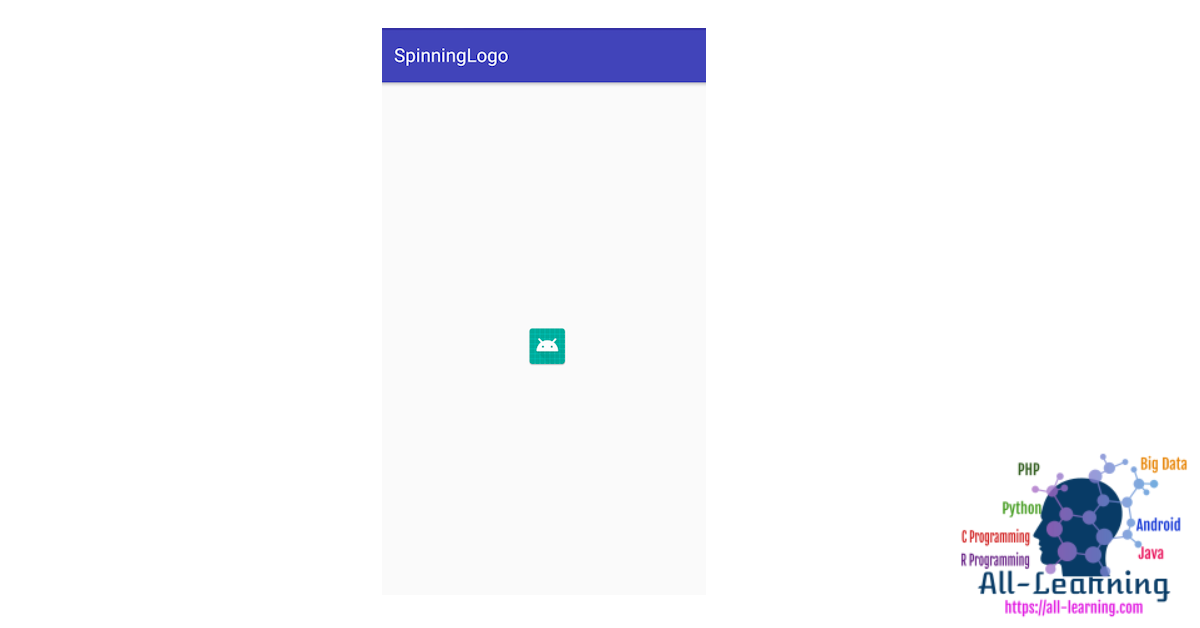 Oops! What’s wrong with the ProgressBar? Why isn’t it rotating?

Well we need to set a RotateDrawable as the value of the attribute.

A RotateDrawable is defined in the xml by encapsulating the current drawable and assigning it the angle and degrees of rotation. The tag <rotate> is used to do so in the xml as shown below.

The attribute android:fillAfter indicates that the transformation is applied after the
animation is over.

android:toDegrees value can be increased or decreased to change the speed of rotation. Generally it’s recommended to set it in multiples of 360.

Let’s set the above drawable in the ProgressBar present in the activity_main.xml.

The output reflected in the application is shown below.

Let’s create a basic application that displays a string in a TextView from an ArrayList after a delay.

The code for the xml layout file activity_main.xml is given below.

Take note of the efficient use of ConstraintLayout in the above code.

The code for the MainActivity.java is given below.

Note: Ignore the flickering rotation in the gifs. It’s absolutely smooth when running on a device.

This brings an end to this tutorial. We’ve implemented a RotationDrawable inside a ProgressBar to achieve a spinning logo like indicator. This should be good for showing a loading progress in apps.

You can download the final Android Custom Progress Bar project from the link below.