Convert char to String in Java With Examples [Latest] 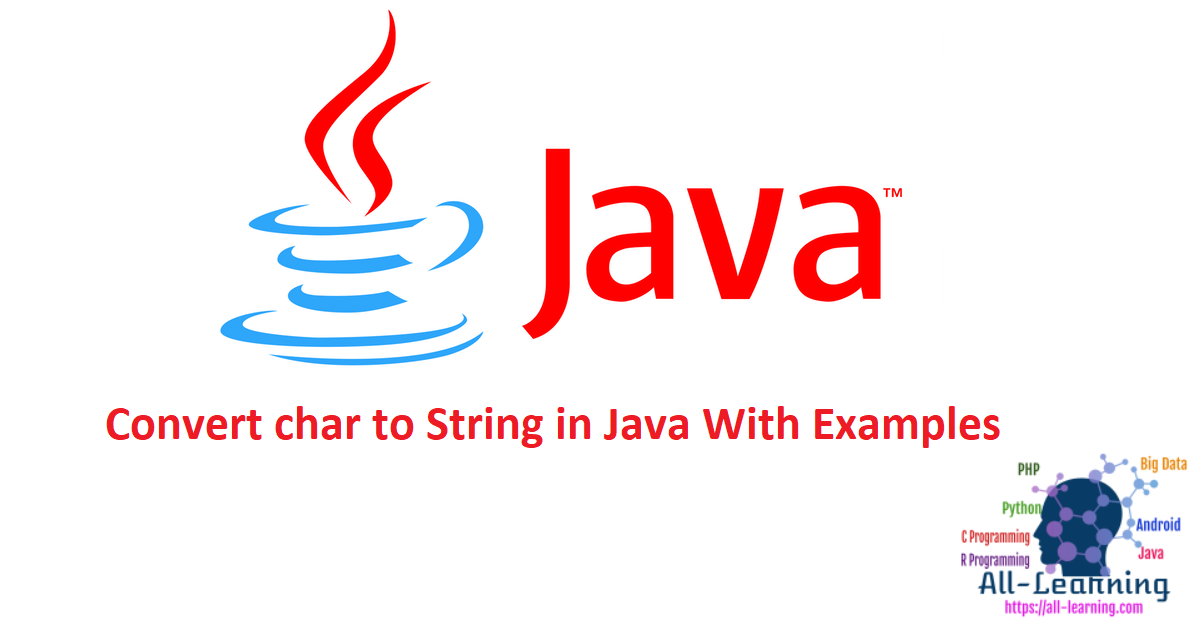 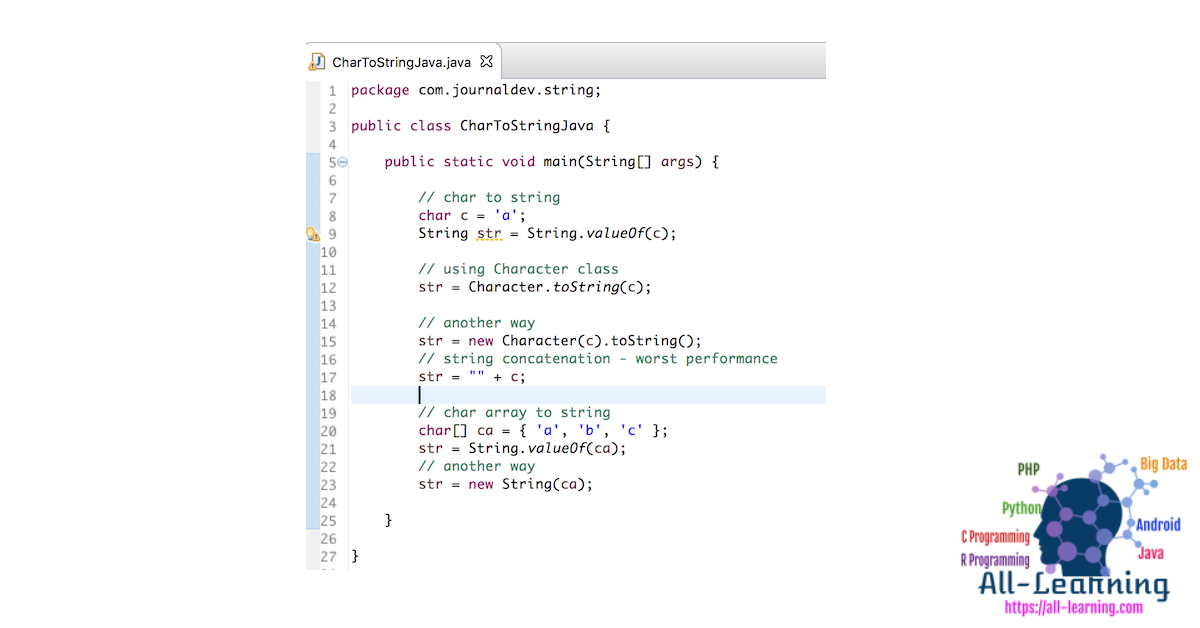 Here is a simple program showing different ways to convert char to string in java.

Let’s look at these methods one by one.

This method internally calls String.valueOf(c), so there is no difference between this one. You can use this too if you are already using Character class in your code.

This is another way, however not recommended because we are creating a Character unnecessarily.

str = "" + c; is the worst way to convert char to string because internally it’s done by new StringBuilder().append("").append(c).toString() that is slow in performance.

Let’s look at the two methods to convert char array to string in java program.

You can use String(char[] value) constructor to convert char array to string. This is the recommended way.

String valueOf method is overloaded and there is one that accepts character array. Internally this method calls the String constructor, so it’s same as above method.

That’s all for converting char to string and char array to string in java.

How to use Python numpy.where() Method With Examples [Latest]