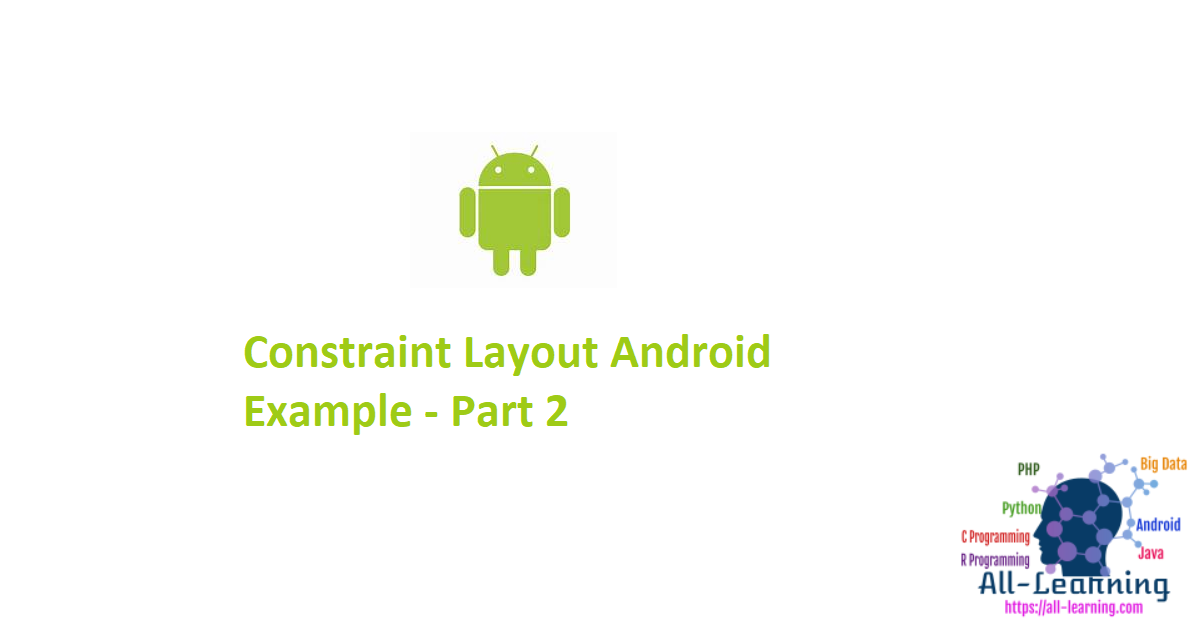 This is the second tutorial in the series of posts on Constraint Layout android example. If you haven’t read the first one, refer here before proceeding.

In the first tutorial, we’ve seen how Constraint Layout helps us get rid of nested layout by the relative positioning of views using constraints.

We’ve discussed the basic tools such as autoconnect, inference, anchor points, baselines etc. in the first part. In this tutorial, we’ll see what’s new in the latest update of ContraintLayout and discuss and implement some amazing features that Constraint Layout provides.

There are a few changes in the latest Constraint Layout version since the beta versions. Ensure that you have the following dependency version (or above) in your gradle build file (build.gradle).

It accepts the following values:

A demo of spread, spread_inside and packed horizontally is given below.

A demo of spread with weights is given below:

This brings an end to constraint layout android example tutorial. ConstraintLayout is pretty amazing layout in terms of performance compared to LinearLayout and RelativeLayout. So start adopting it!