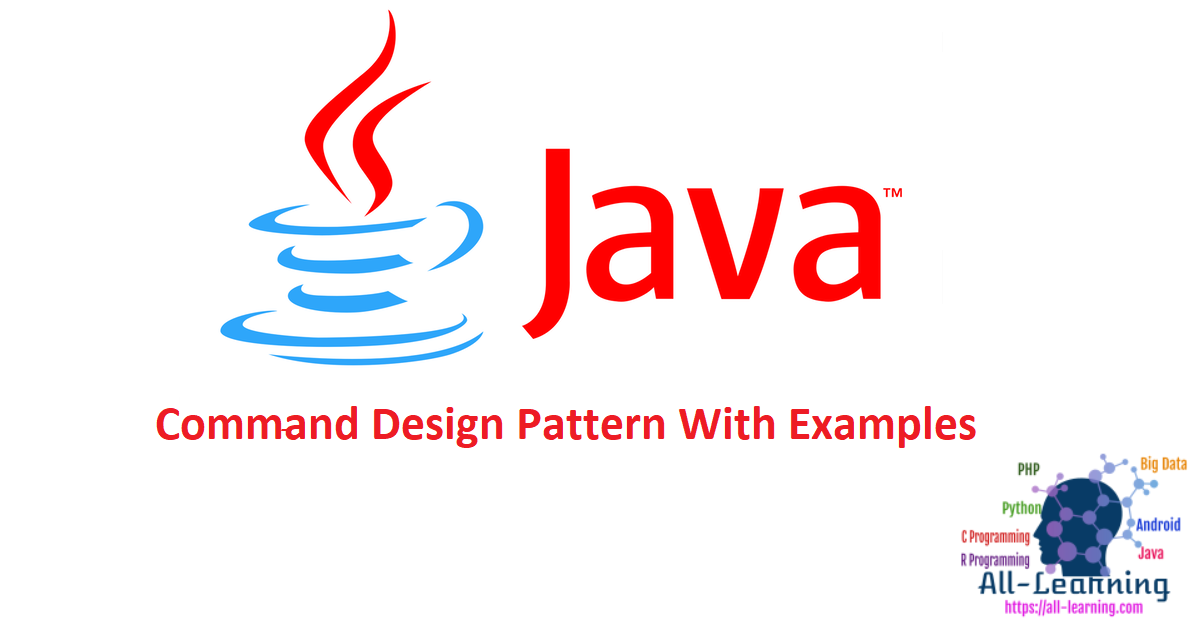 Command Pattern is one of the Behavioral Design Pattern. Command design pattern is used to implement loose coupling in a request-response model.

In command pattern, the request is send to the invoker and invoker pass it to the encapsulated command object.

Command object passes the request to the appropriate method of Receiver to perform the specific action.

The client program create the receiver object and then attach it to the Command. Then it creates the invoker object and attach the command object to perform an action.

Now when client program executes the action, it’s processed based on the command and receiver object.

We will look at a real life scenario where we can implement Command pattern. Let’s say we want to provide a File System utility with methods to open, write and close file. This file system utility should support multiple operating systems such as Windows and Unix.

To implement our File System utility, first of all we need to create the receiver classes that will actually do all the work.

Since we code in terms of interface in java, we can have FileSystemReceiver interface and it’s implementation classes for different operating system flavors such as Windows, Unix, Solaris etc.

FileSystemReceiver interface defines the contract for the implementation classes. For simplicity, I am creating two flavors of receiver classes to work with Unix and Windows systems.

Now that our receiver classes are ready, we can move to implement our Command classes.

We can use interface or abstract class to create our base Command, it’s a design decision and depends on your requirement.

We are going with interface because we don’t have any default implementations.

Now we have receiver and command implementations ready, so we can move to implement the invoker class.

Invoker is a simple class that encapsulates the Command and passes the request to the command object to process it.

Our file system utility implementation is ready and we can move to write a simple command pattern client program. But before that I will provide a utility method to create the appropriate FileSystemReceiver object.

Since we can use System class to get the operating system information, we will use this or else we can use Factory pattern to return appropriate type based on the input.

Notice that client is responsible to create the appropriate type of command object. For example if you want to write a file you are not supposed to create CloseFileCommand object.

Client program is also responsible to attach receiver to the command and then command to the invoker class.

Output of the above command pattern example program is:

Here is the class diagram for our file system utility implementation. 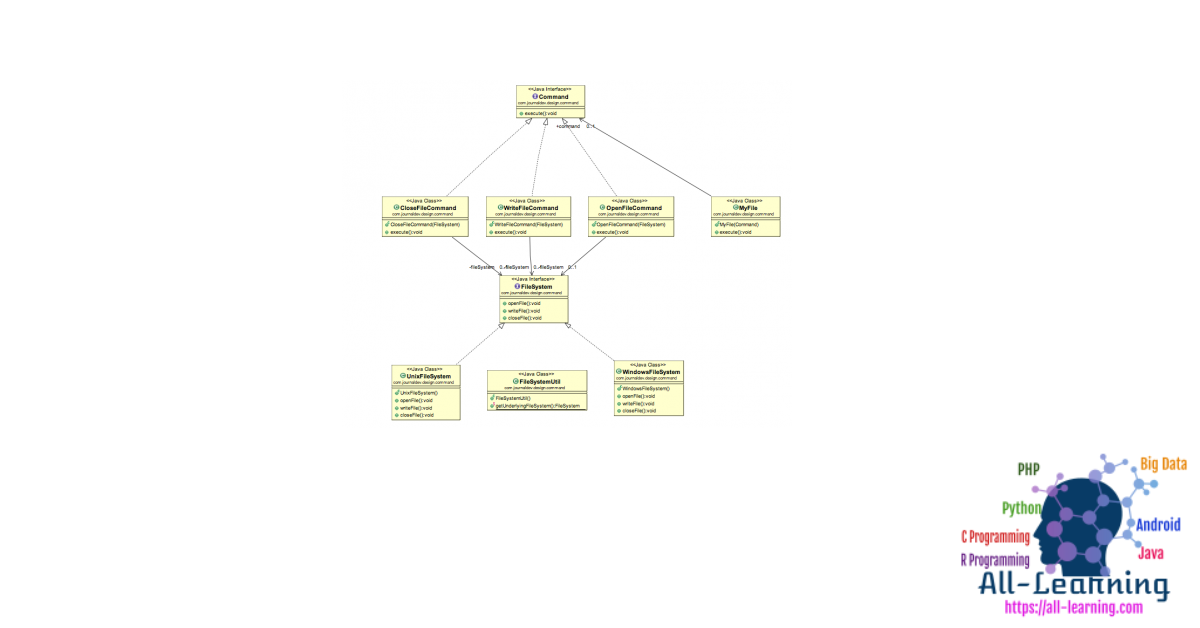