Class and Object in C++ – A complete overview With Examples [Latest] 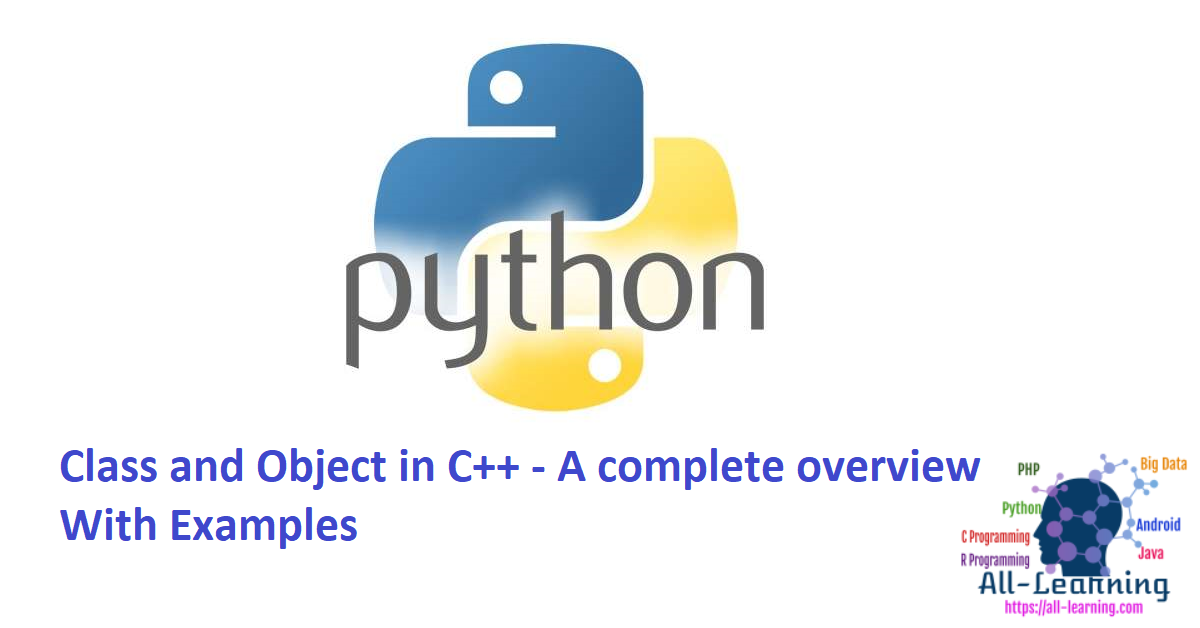 Hey, readers! In this article, we will be focusing on Class and Object in C++. So, let us begin!

Object Oriented Programming Paradigm deals with the functioning of a model based on the objective representation of the attributes and behavior of an entity.

In programming terms, an attribute is a variable that depicts a certain trait or behavior through the methods, also known as functions. Object-Oriented Programming combines the attributes and behavior of an entity.

The important pillars of Object Oriented Programming are as follows–

Class combines the functions, variables, and other paradigms of programming into a single unit and that is represented through objects.

Class is a user-defined data type that clubs attributes and behavior entities together and represents it as a single unit altogether.

A Class consists of the following members:

The data members and methods of the class can be accessed through objects which will be covered in the later part of this article.

Classes are a blueprint of objects. That is, let us consider an example:

Declaring and defining a Class in C++

Have a look at the below syntax–

The keyword ‘class‘ is used to declare a Class in C++.

Having understood the definition of a class, let us now jump to understanding Objects in C++.

Objects are the representatives of a Class. They represent the members of the Class such as functions, data values, and so on.

Moreover, objects access and manipulate the data values of the Class in accordance with the access specifiers.

Have a look at the below syntax to understand the declaration of objects in C++:

Objects access the data variables of the class as shown below–

Let us now implement the concept of Classes and Objects through an example.

Implementing the Concept of Class and Object in C++

In this example, we have created a class ‘Info’ with the access specifier as public which makes the data variables and member functions accessible to all the other classes publically.

Further, we have created data members to access and display information about the user. An object of the class is created to access the data members.

By this, we have come to the end of this topic. Feel free to comment below in case you come across any questions. For more such posts related to C++, do visit C++ with JournalDev.

Till then, Happy Learning!!

How to Calculate Precision? – Classification Error Metric With Examples [Latest]