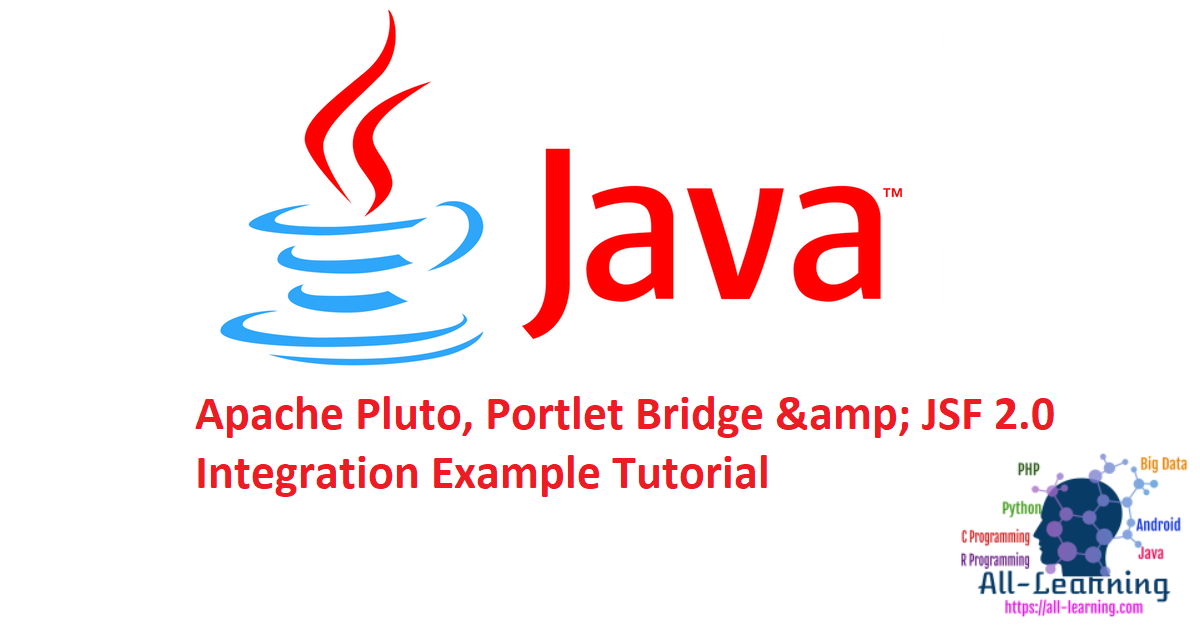 In the previous Developing Portlets Using JSP & Servlet we clarified you how can we use a Portlets, JSPs & Servlets for creating an MVC architectual application that’s easy to maintain, easy to debug and easy to develop.

But why we would waste a lot of time in developing such that orchestration while others were already did. JSF framework are MVC compliant framework, as its components contained the concept of Separation of concern (SoC).

Facelets technology are used for handling the view purposes, its backing bean act as controllers and you can use its Expression Language for glue your views with the proposed models.

It’s elegant framework as you can use it within your Portlets, that will make them JSF-based Portlets. For this purpose, Java Community (JC) has proposed two different JSR (Java Specification Request) to simplify integrating your Portals with the well-know JSF framework.

Until writing these lines, no specification has been released for JavaServer Faces 2.0, though the implementation is already provided. This tutorial will provide you detailed information that help you getting all these technologies integrated each together as they work efficiently.

Employee registration operation is the process for which the integration will be achieved, as no need for using of Standard Java Portlet, Java Server Pages and Servlet for doing so.

For explaining purposes, it’s good for you to know what’s the form of the database table that we would use for retaining the registered employees. 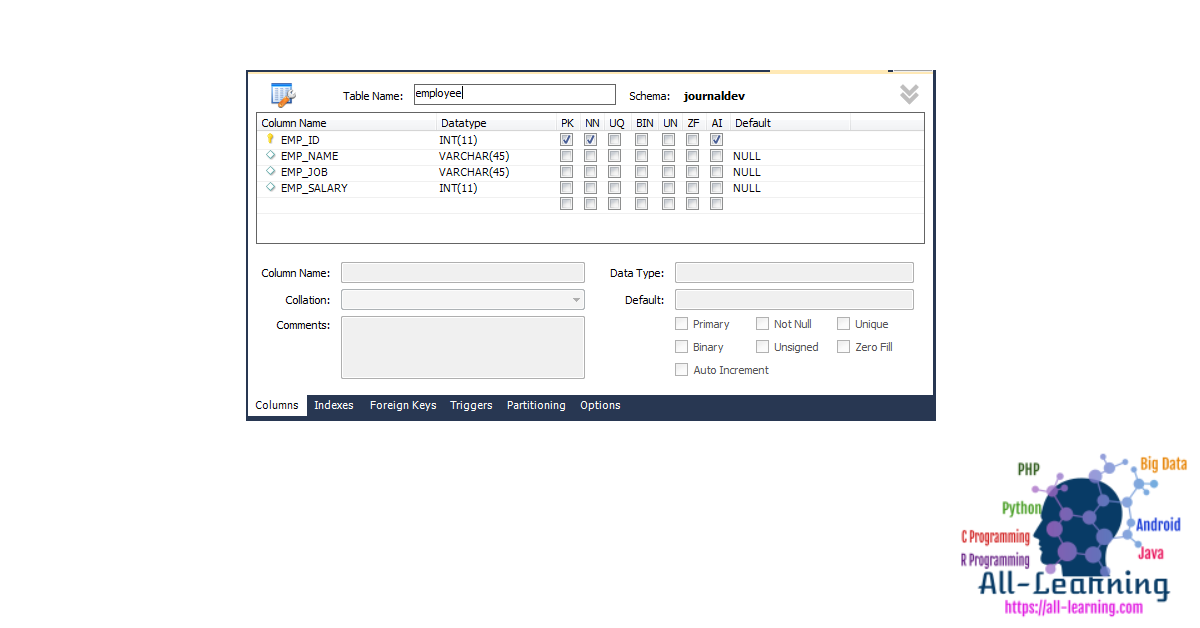 Employee entity (Model) that would be created according for employee Table figured above will be:

The design view for the operation of employee registration is just as JSF framework has done, the process of bridging has eliminated the need of walking through Portlet container accompanies. 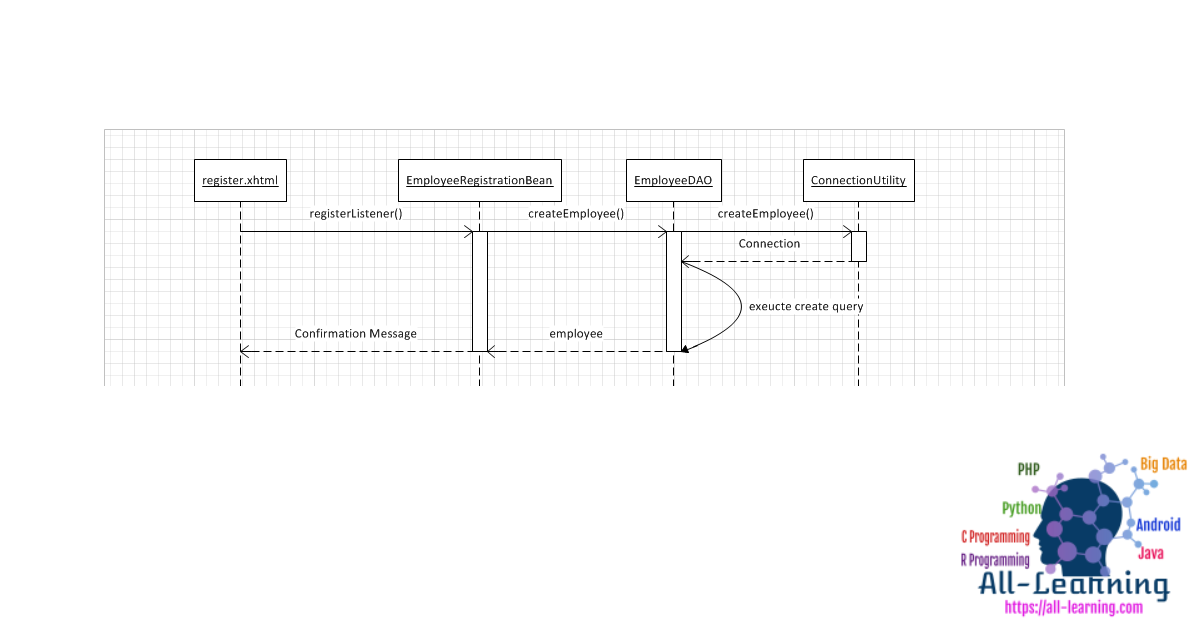 The figured design depicts you for how the flow of execution have to proceed, it’s just like any JSF application you may be made in the past.

JSF 2.0 has used a Facelets as view technology instead of JSP that’s supported by JSF 1.x. Registration employee page would look like below:

As JSF promised, everything will get retained into your bean, no need for orchestrating a lot of components that you’ve used before for extracting the user submitted parameters as no need for handling much issues you may do in case you’ve decided to not use a JSF framework like messages, locales and so on.

Here’s detailed explanation for the bean code figured out:

As we’ve mentioned before in that the Portlet Bridge is just a specification, so a lot of vendors have implemented it. We will use the MyFaces 3.0.0-alpha version that’s provided for Portlet Container 2.0. Two dependencies listed below must be added into your Maven build file to get Portlet Bridge implementation involved and used.

JSF is a standard specification, that’s mean different vendors have already provided their own implementation. However, this part of tutorial is very important one as we would show you how can use two different implementations for getting JSF implementation used and what’s the impact of that usage on the deployment descriptor file.

Let’s firstly choose the most standard JSF implementation, it’s for sure a JSF Mojarra 2.0. You must add these below dependencies into you own maven for make use of JSF Mojarra.

And so, your web.xml file should be like this:

But let’s see now what are these dependencies required for making MyFaces 2.0 get used instead of Reference Implementation JSF Mojarra 2.0.

And so, you must have the same entries listed above in the web.xml but with major change, in that the listener mentioned must be removed.

Find below full maven build file that will be used for implementing a JSF/Mojarra Portlet.

Now, it’s time to make a fast look at the EmployeeDAO and ConnectionUtility classes. These classes are used to handle all of these issues that are relevant for Database connectivity. 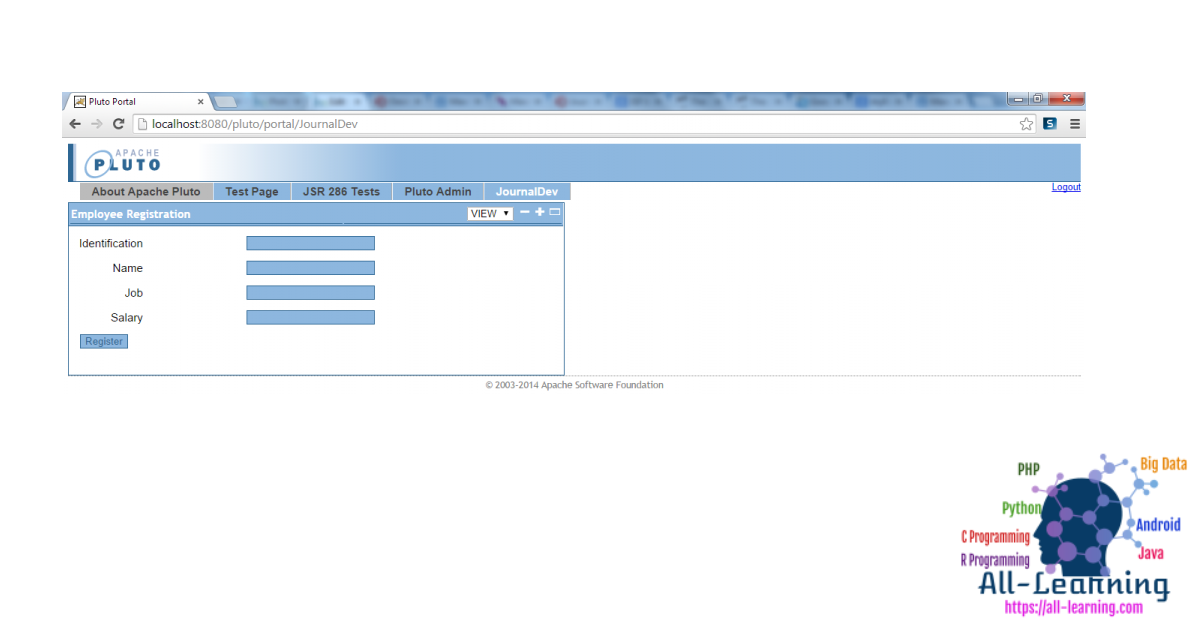 Let’s see how JSF served you in case you’ve entered an invalid values, for that just put a character values inside both of id and salary fields. 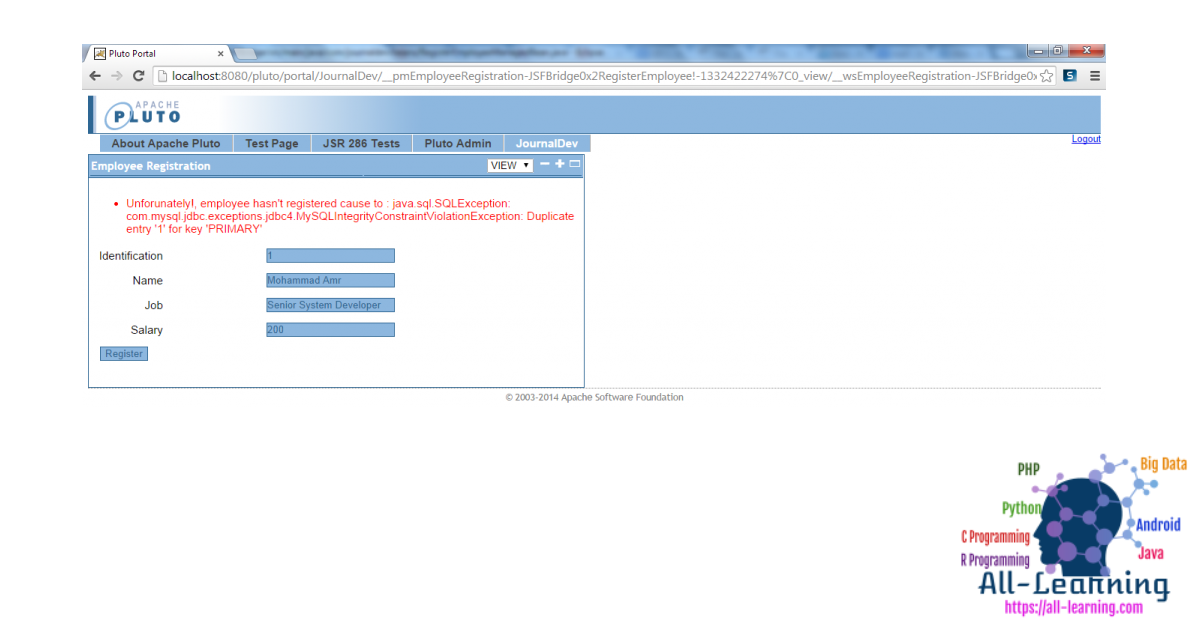 What’s happened if we register a new employee. 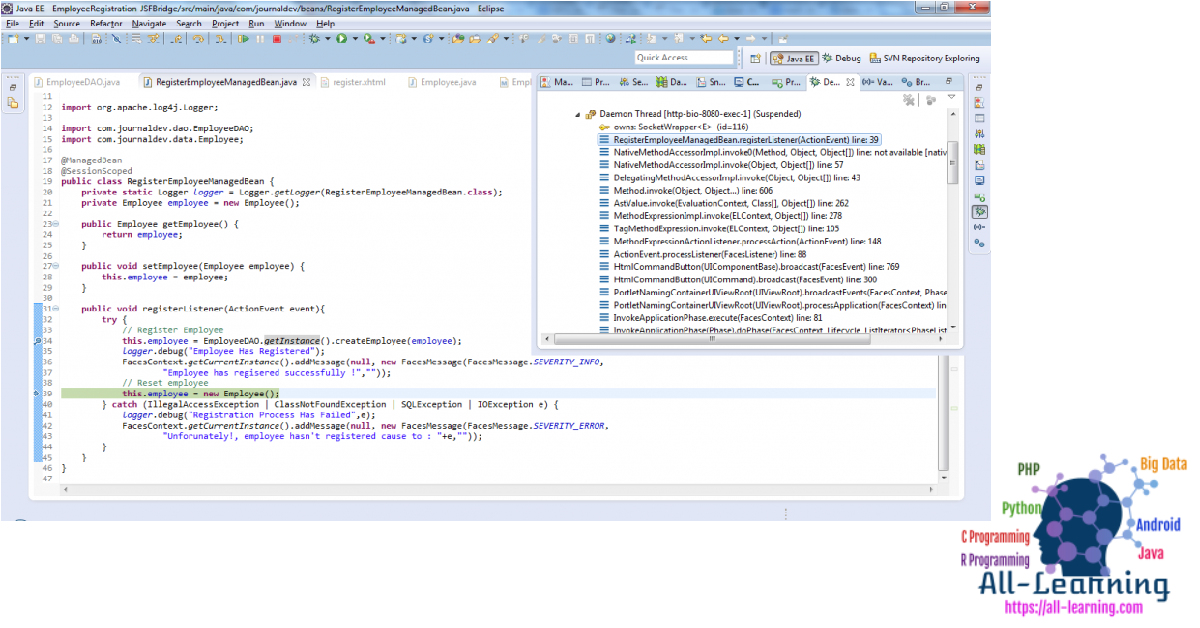 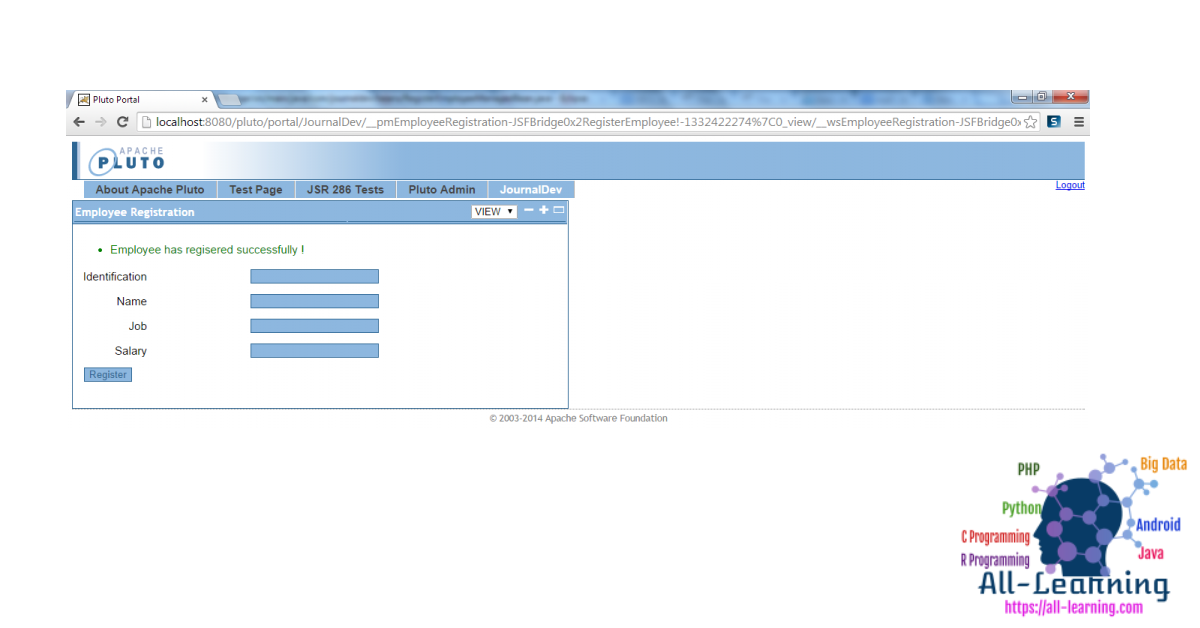 This tutorial is a unique one as it’s summarized the all required information for getting used a JSF-based application onto Portlet container. The all required configuration, dependencies, accompanies classes and much more, they are listed completely here. Contribute us by commenting below and find downloaded source code.