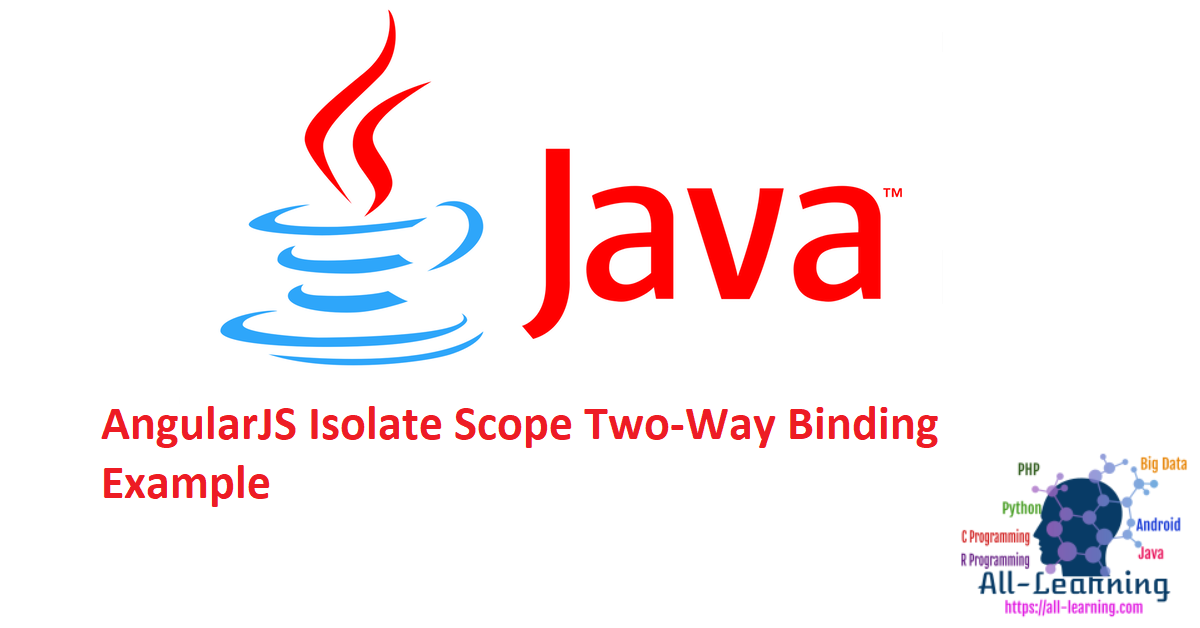 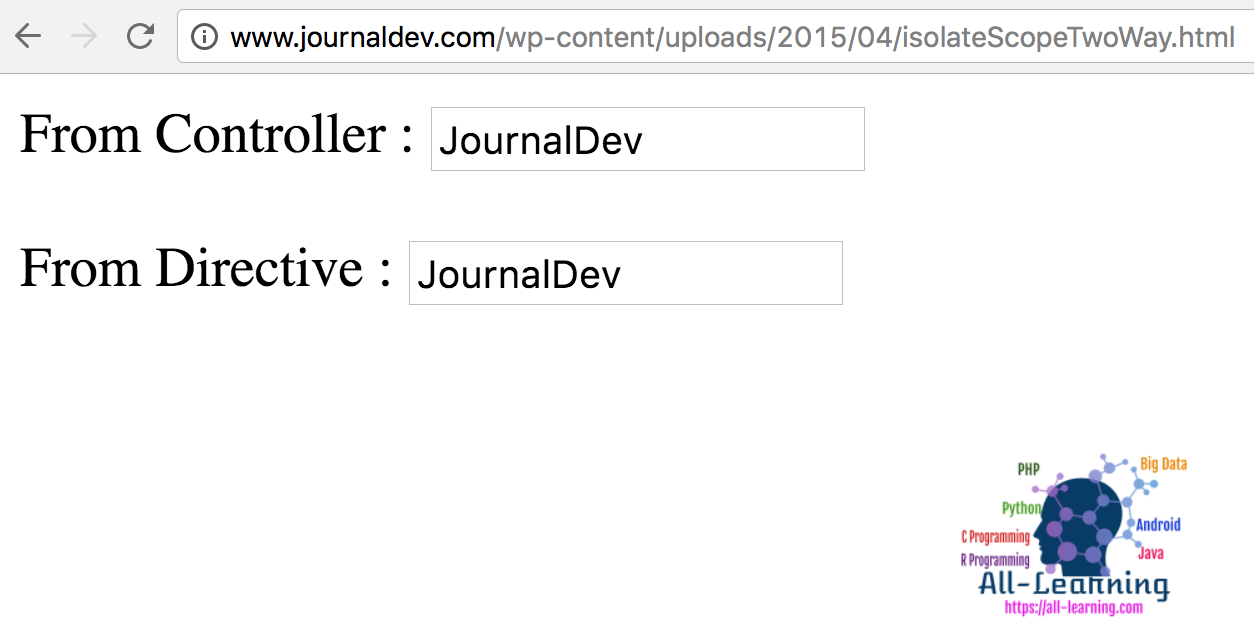 The @ character works well for accessing a string value passed into a directive. However, it won’t keep changes made in the directive in-sync with the external or outer scope. You can use “=” character if you need to create a two-way binding between the outer scope and the directive’s isolate scope.

We are going to explain this concept with a simple example in the following section.

The following example demonstrates a directive that uses the “=” to explain the two way binding.

You can now play with the output. A change in any of the fields automatically reflects in the other one or we can say that two-way binding is happening between them.

You can also use  “=attr” property instead of ‘=’ like we used @ and @attr in the previous post.

The following example uses “=attr” instead of “=”.

You can see the change in this piece of code in the following HTML.

.
We have used the myrole instead of role as the attribute name.

You will see the same output on your browser.

That’s all for now and you will see more features in the coming posts.