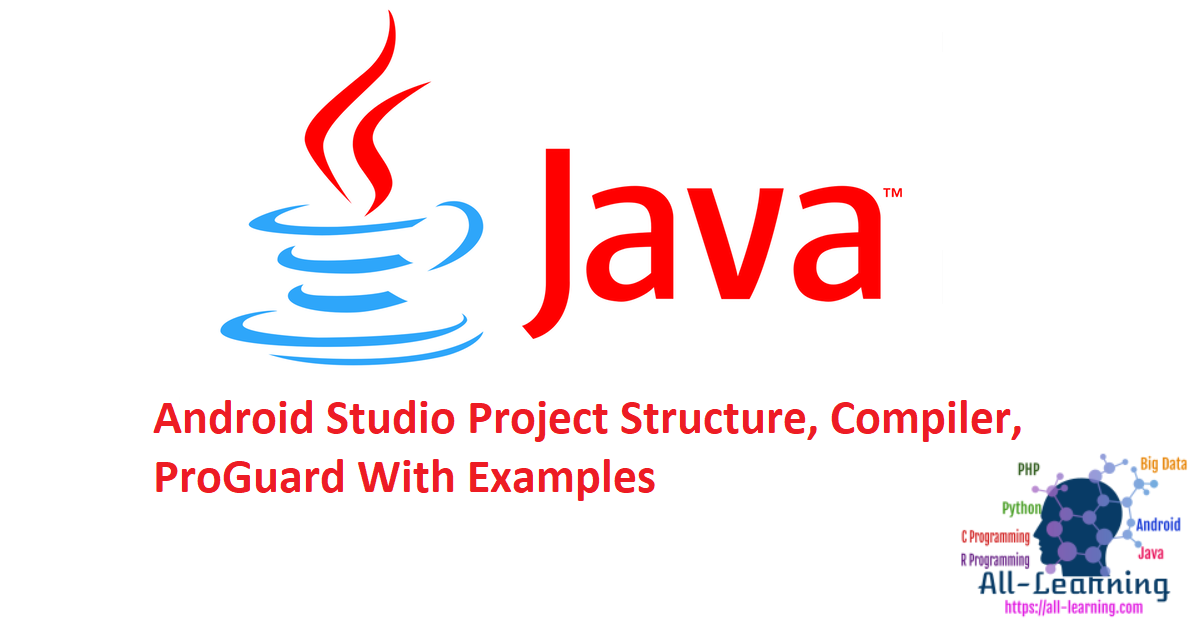 In this article, we will examine the Android Studio project structure and key concepts in detail followed by compilers.

When we start a new Android project in Android Studio, it will automatically creates a lot of files and folders for us. Let’s look at their functions and meaning. A New Project automatically opens in the Android Project View. 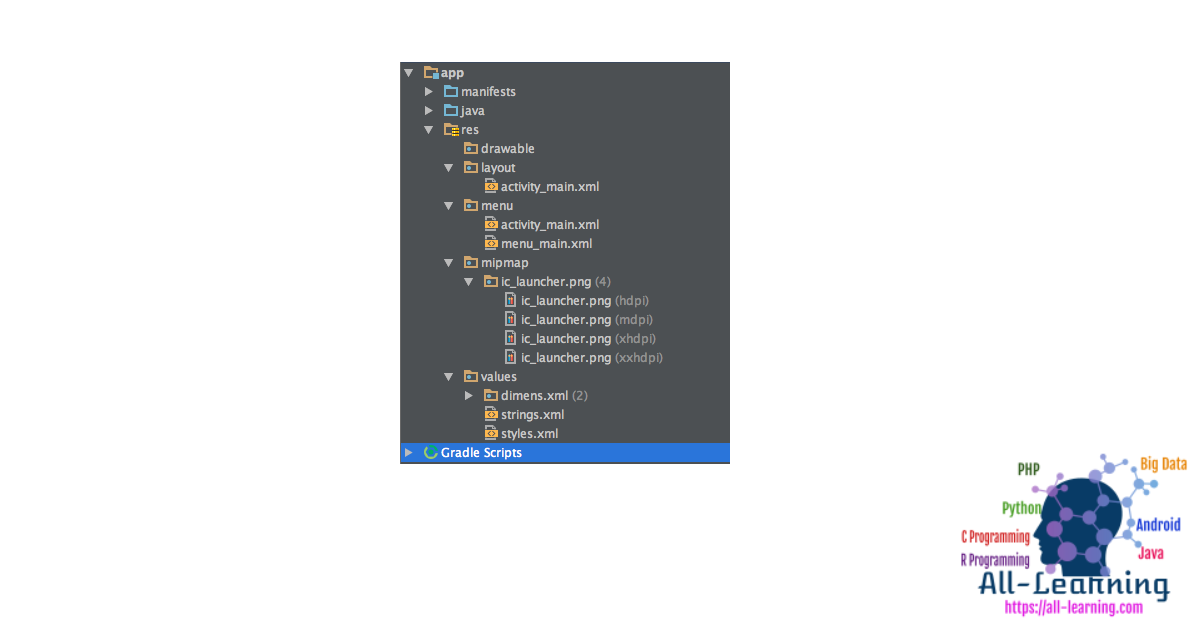 Here is the brief description of important files/folders in the Android project structure:

AndroidManifest.xml is one of the most important file in the Android project structure.It contains information of the package, including components of the application such as activities, services, broadcast receivers, content providers etc.
It performs the following tasks:

Res folder is where all the external resources for the application such as images, layout XML files, strings, animations, audio files etc. are stored.

Gradle scripts are used to automate tasks.For the most part, Android Studio performs application builds in the background without any intervention from the developer. This build process is handled using the Gradle system, an automated build toolkit designed to allow the ways in which projects are built to be configured and managed through a set of build configuration files.It uses a language called groovy. 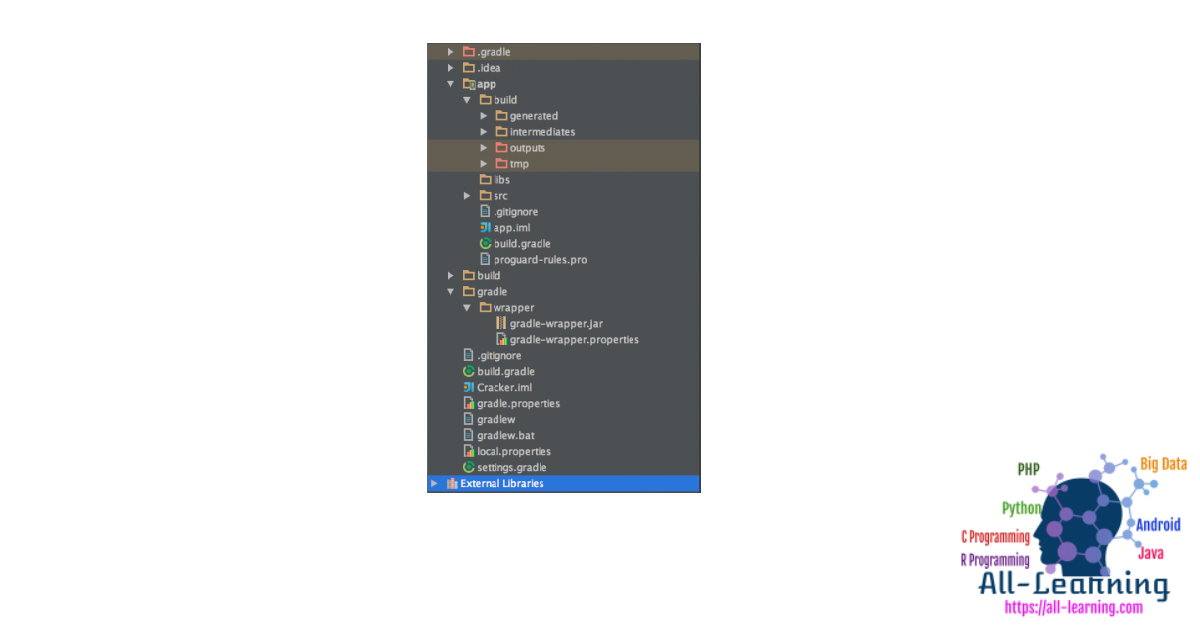 This is where the gradle build systems jar wrapper is found. This jar is how Android Studio communicates with gradle installed in Windows/MAC.

This is not actually a folder but a place where Referenced Libraries and information on targeted platform SDK are shown.

Android R.java is an auto-generated file by aapt (Android Asset Packaging Tool) that contains resource IDs for all the resources of res/ directory.
On creating any component in the activity_main.xml file, id for the corresponding component is automatically created in this file. This id can be used in the activity source file to perform any action on the component.

The compilers converts compiled .class files to executable .dex files in the Dalvik format for further execution in the Android environment. Following are the two important tools used: 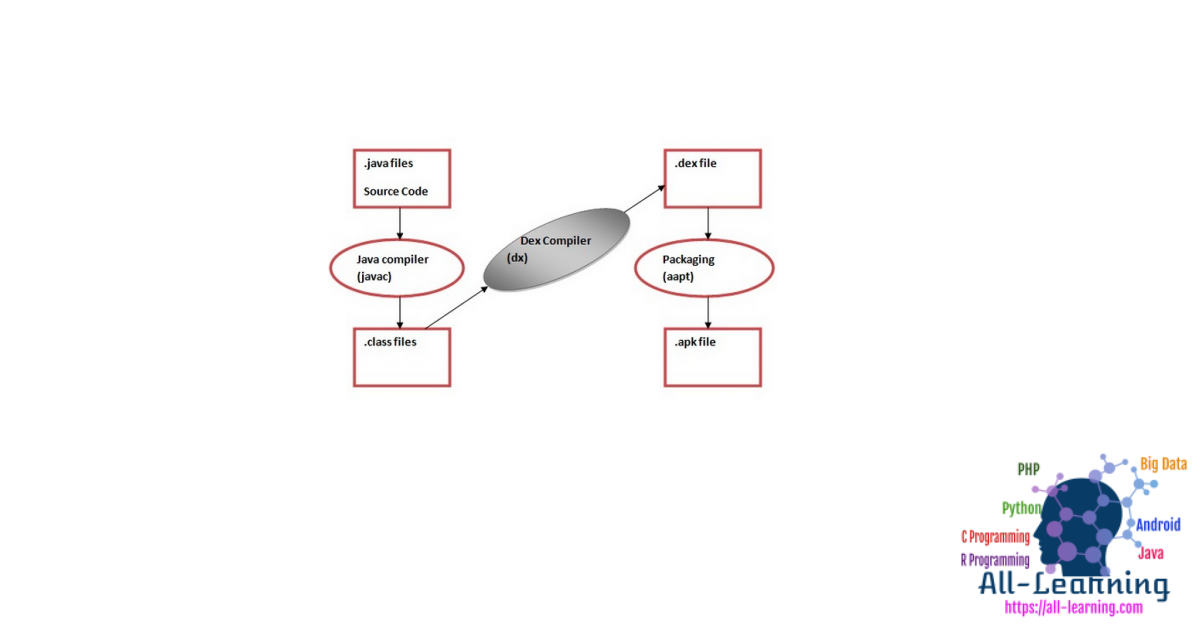 The ProGuard tool shrinks, optimizes, and obfuscates the code by removing unused code and renaming classes, fi
elds, and methods with semantically obscure names. The result is a smaller sized .apk file that is more difficult to reverse engineer.