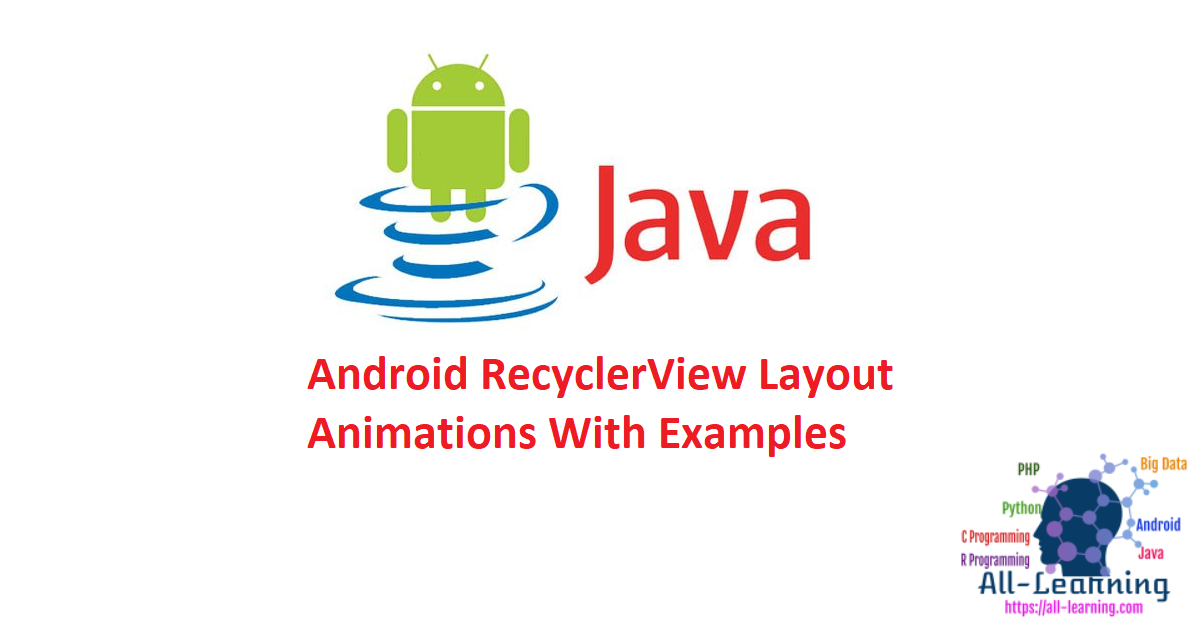 In this tutorial, we’ll be discussing and implementing RecyclerView Layout Animations in our Android Application.

There are many ways to Animate rows in a RecyclerView.
Two commonly tried and tested ways are :

We can directly pass the animation resource asset in the XML on the attribute android:layoutAnimation.

The anim resource passed must contain <layoutAnimation> as the root tag.
layoutAnimation is valid on all other layouts as well besides RecyclerView.

Let’s start by defining some basic Animations in the res | anim folder in our Android Studio Project.

Now let’s create the layoutAnimation for each of these animation sets.

We can set the Layout Animation on RecyclerView in XML in the following way:

In order to re-run the animation or in case the data set of the RecyclerView has changed the following code is used: 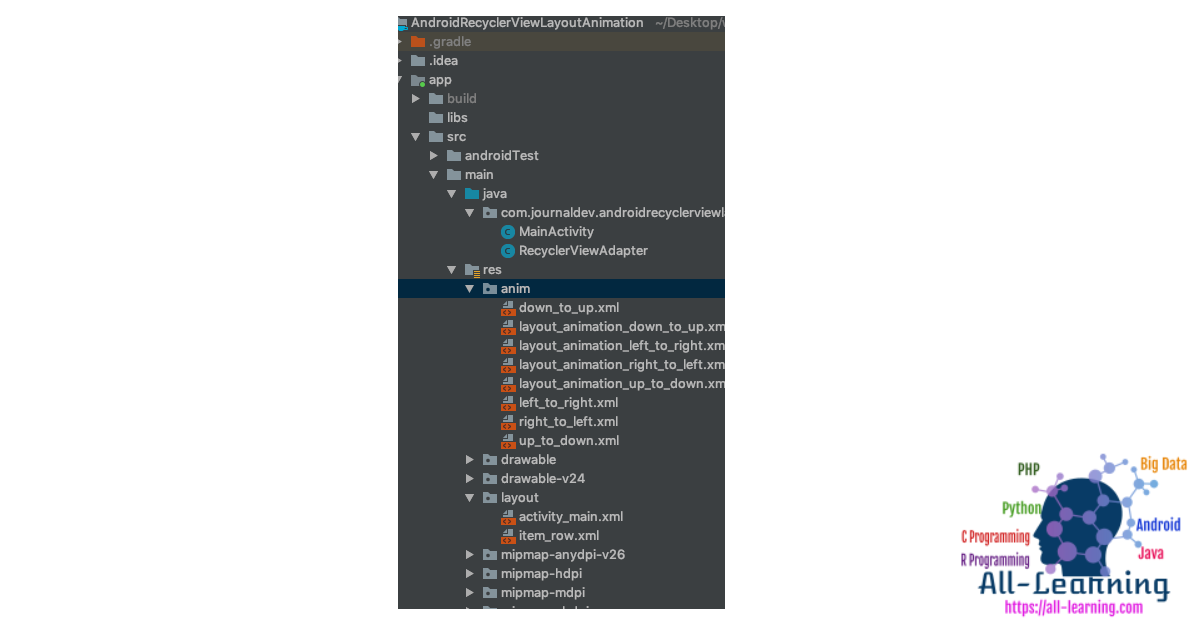 FloatingActionButton is used to toggle through the different layout animations.

The layout for the rows of RecyclerView is defined in item_row.xml as shown below:

The code for the RecyclerViewAdapter.java class is given below.

runAnimationAgain method is used to loop through each animation and run them on the RecyclerView again.

Now if we apply a GridLayoutManager as the layout manager we’ll get the following output:

The above layout animation is not grid layout animation. It’s animating each row at a time.
This is incorrect. The RecyclerView LayoutAnimation defaults for Lists only.
In order to do Grid Layout Animation, we need to customize the recycler view.
We’ll do that in the next tutorial.

That brings an end to this tutorial. You can download the project from the link below: