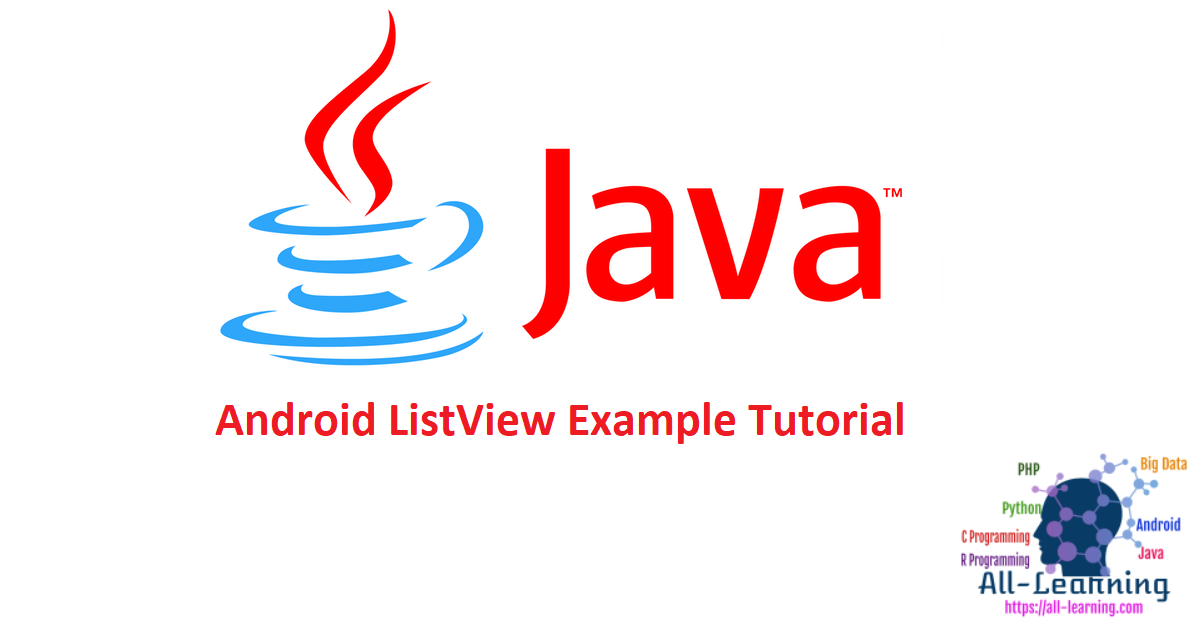 We will learn how to create a simple Android ListView and launch a new activity on selecting a single list item.

What is Android ListView?

Android ListView is a view which groups several items and display them in vertical scrollable list. The list items are automatically inserted to the list using an Adapter that pulls content from a source such as an array or database. It’s one of the basic and most used UI components of android. The most common usages include displaying data in the form of a vertical scrolling list.

An adapter actually bridges between UI components and the data source that fill data into UI Component. Adapter holds the data and send the data to adapter view, the view can take the data from adapter view and shows the data on different views like as spinner, list view, grid view etc. The adapter pulls the items out of a data source, an array for example, and then converts each item into a view which it then inserts into the ListView.

The ListView and GridView are subclasses of AdapterView and they can be populated by binding them to an Adapter, which retrieves data from an external source and creates a View that represents each data entry. The common adapters are ArrayAdapter, BaseAdapter, CursorAdapter, SimpleCursorAdapter, SpinnerAdapter and WrapperListAdapter.

The onListItemClick() method is used to process the clicks on android ListView item. This method receives 4 parameters:

Let’s begin with defining the string resources file to store all list item labels. So we create an XML file under values folder and name it as strings.xml and paste the following code.

Each list view item will be represented by an xml layout,so lets define the xml layout comprising of a single textview as follows:

Following snippet shows how to import the xml resources data and store them in data followed by binding them to the adapter:

In the following code we fetch the data value from the selected item and pass it as a bundle to the next activity using intents.

The SecondActivity class retrieves the text label from the list item selected and displays it in a textview as shown in the following snippet.

Following small GIF depict the flow of the app:

That’s all for a quick android listview example. You should also learn about Expandable ListView. You can download android list view project from below link.