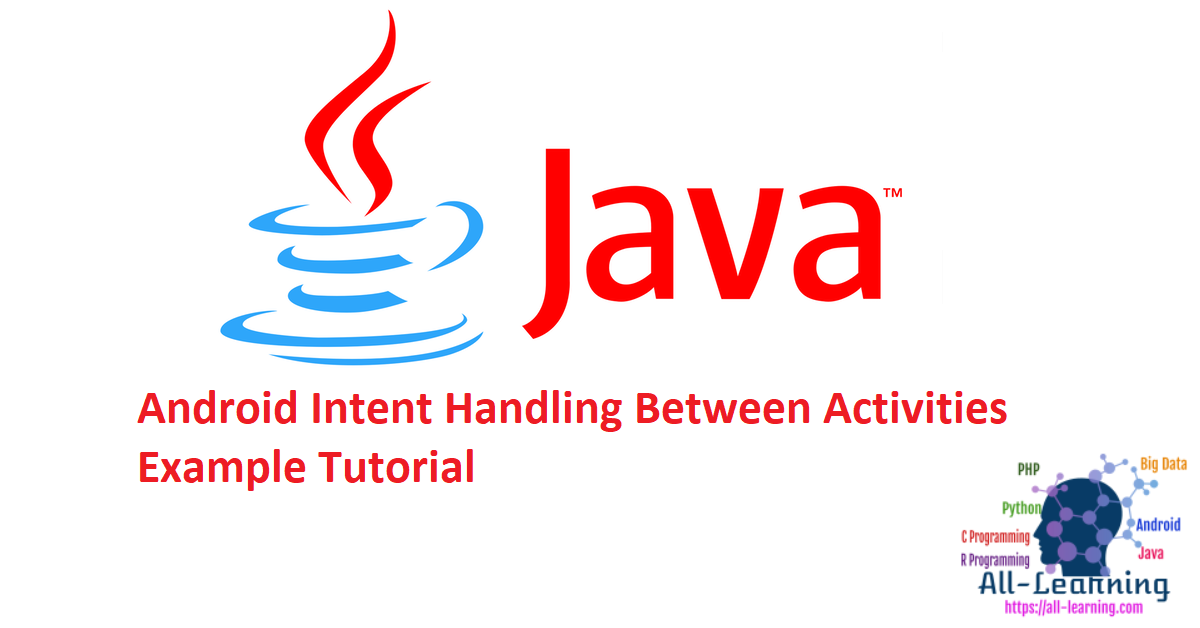 In our last Android Tutorial, we discussed the Android Hello World Application. In this Android tutorial we’ll delve into a basic building block of Android called Intent.

What is Android Intent?

Android intent is a data structure containing a description of a to-be-performed operation.
One of the most powerful features of Intent is that you can send asynchronously messages to other activities and services.
An intent is always handled by an Android component, namely an activity, a service or a broadcast receiver. In this tutorial, we will focus on activities as intent handlers.

How do we use android intent to launch activities?

To create an intent and launch an activity with it, we can write the following code within our caller activity:

Running this code snippet has the following consequences:

Flags defined in the Intent class that function as metadata for the intent. The flags may instruct the Android system how to launch an activity and how to treat it after it’s launched.
The described behaviour can be modified by specifying intent flags on the intent instance before passing the intent to startActivity(Intent), for example:

This will bring an existing instance of the called activity type present in the current stack to the foreground. 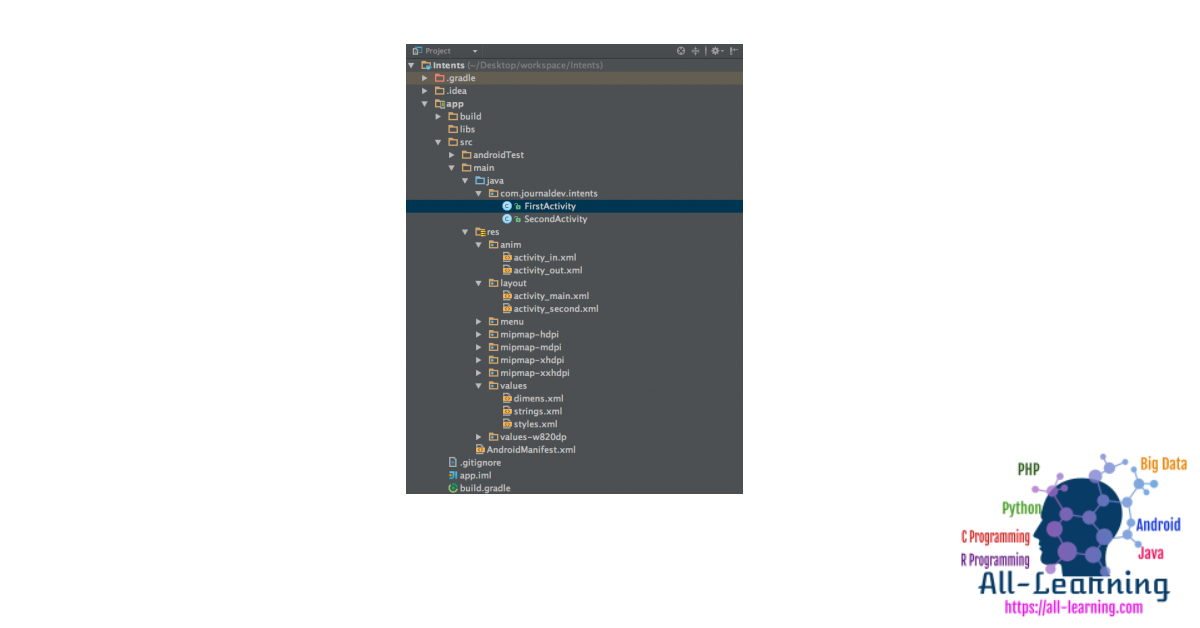 This project consists of two activities named FirstActivity.java and SecondActivity.java. Leaving aside the regulars, one distinguishable directory in the resource folder is anim. It contains Animation resource files which we’ll see at length later in this tutorial.

In this tutorial we will bring buttons into use to show Intents between Activities.
A Button is a Push-button which can be pressed, or clicked, by the user to perform an action.
It is inherited from android.widget.TextView Class.
android.widget.Button class is used to display a normal button. To make a button react when user clicks it, a click event must be registered.For this a OnClickListener() method is added. Here we’ll invoke the intent object inside the method. Following snippet shows how its done:

Saw that? That’s nothing. That’s just 5 minutes of coding.

As you can see,the deltaX values are complementary in both the pics. This is obvious since the new activity moves in and the previous activity has to move out.
Now just add the following snippet after startActivity(intent) :

Build and run the project in android emulator, you will get something like below.

In the next article we’ll discuss at length on Spinners, Toasts and Passing Data through Bundles. You can download android intent project from below link.