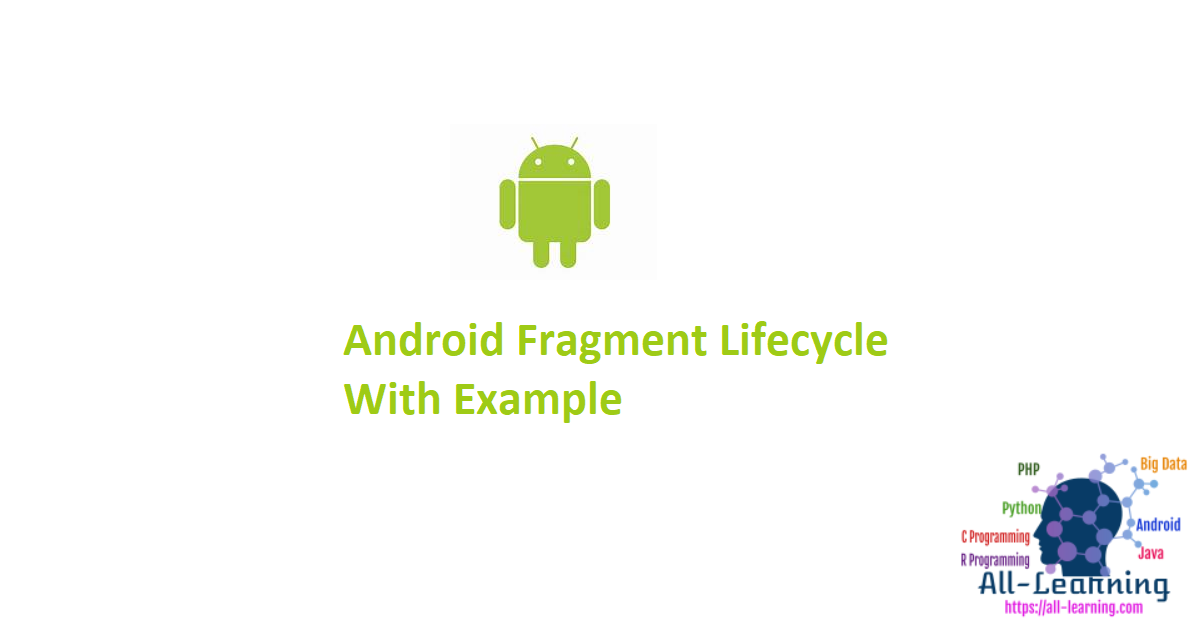 Today we will learn about Android Fragment Lifecycle and implement a single activity class consisting of two fragments in android application.

Fragment class in Android is used to build dynamic User Interfaces. Fragment should be used within the Activity. A greatest advantage of fragments is that it simplifies the task of creating UI for multiple screen sizes. A activity can contain any number of fragments.

An Android fragment is not by itself a subclass of View which most other UI components are. Instead, a fragment has a view inside it. It is this view which is eventually displayed inside the activity in which the fragment lives.

Because an android fragment is not a view, adding it to an activity looks somewhat different than adding a view (e.g. TextView). A fragment is added to a ViewGroup inside the activity. The fragment’s view is displayed inside this ViewGroup.

The following diagram shows depicts what happens when a fragment is added to an activity: 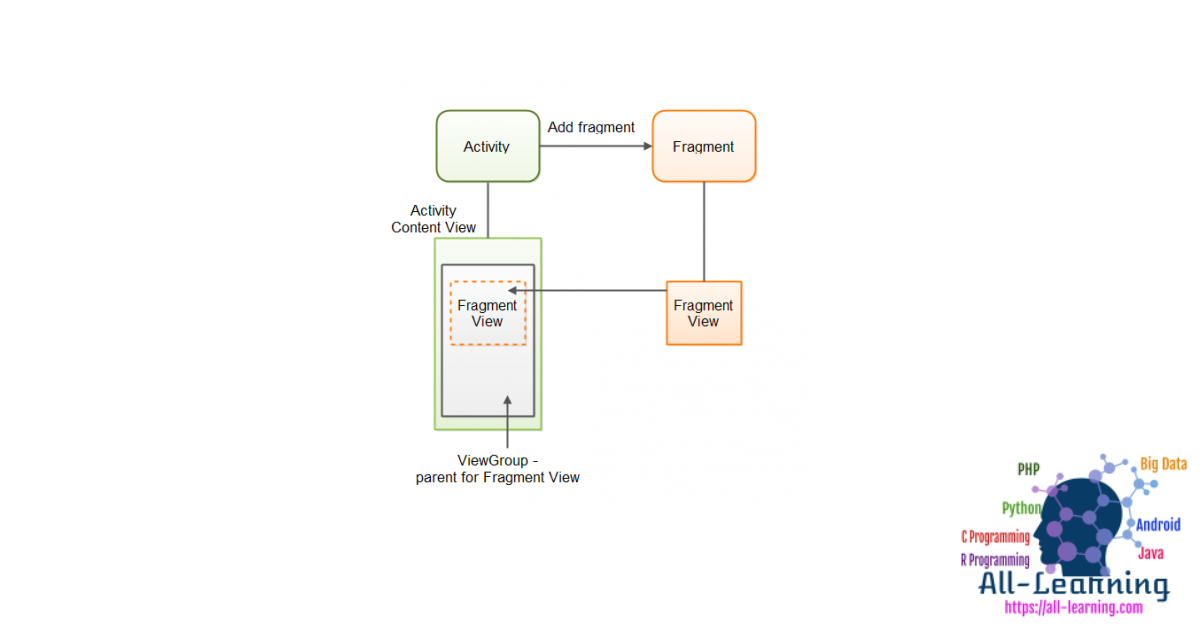 Android fragment lifecycle is illustrated in below image. 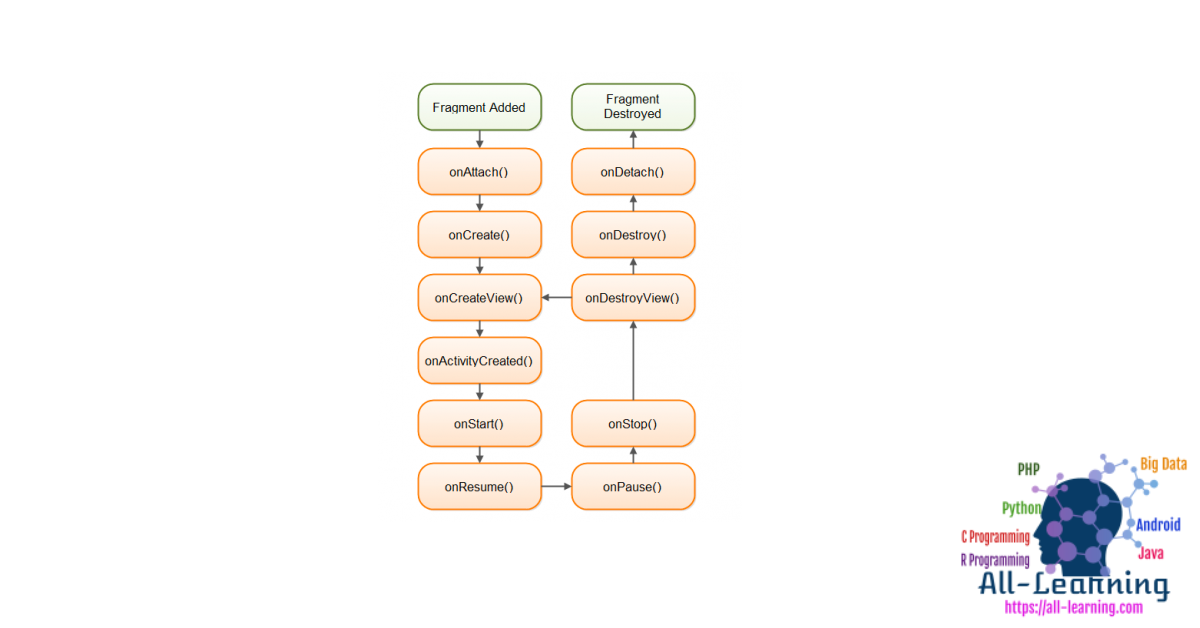 Below are the methods of fragment lifecycle.

Fragments were added to the Android API in Honeycomb(API 11).

When using a compatibility package library provided by Google, the following classes are used for implementation.

onCreateView() method gets a LayoutInflater, a ViewGroup and a Bundle as parameters.

LayoutInflater is an component which can create View instance based on layout XML files. As you can see, the example actually does that by calling layout.inflate().

ViewGroup parameter of onCreateView() is the parent ViewGroup into which the View of the fragment is to be inserted. This is a ViewGroup inside the activity that will “host” the fragment.

Bundle parameter of onCreateView() is a Bundle in which the fragment can save data, just like in an Activity. 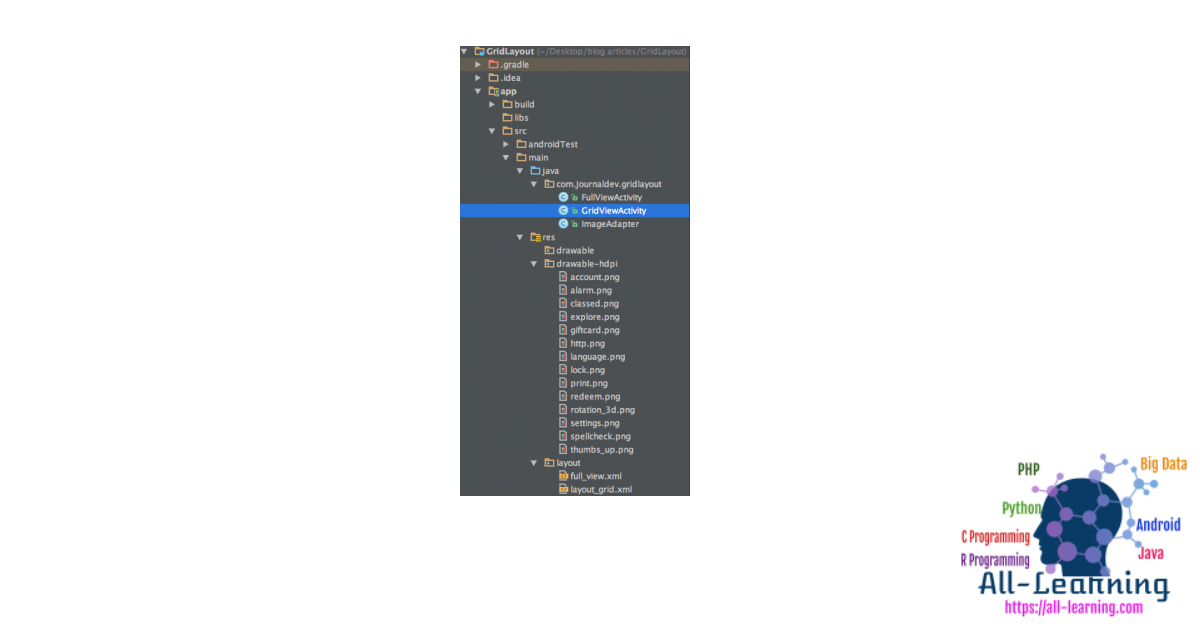 The MainActivity holds the two fragments TextFragment and MenuFragment. So lets begin with defining the fragments in the xml layout

As we can see the class files of the fragments that are a part of this activity are defined as class=”journaldev.com.fragments.fragments.TextFragment”

The fragment classes and their layouts are defined as shown in the snippets below.

The TextFragment comprises of textviews holding the android version name and number.

The MenuFragment displays a ListView. As we can see here, the layout of ListView is default simple_list_item_1 opposed to the custom layout we created for the ListView in the previous article.

The MainActivity invokes the setContentView from the onCreate Method, that’s it. The fragments are called from the xml file.

Alternatively we can add the fragments from the activity class using FragmentManager as shown in the snippet below:

Here the id fragmentParentViewGroup belongs to the FrameLayout shown below:

Below shows the output produced by our project, you can see that two fragments are present here and when you select any one of them in the left side fragment, data gets populated in the right side fragment.

You can download final android fragment project from below link.