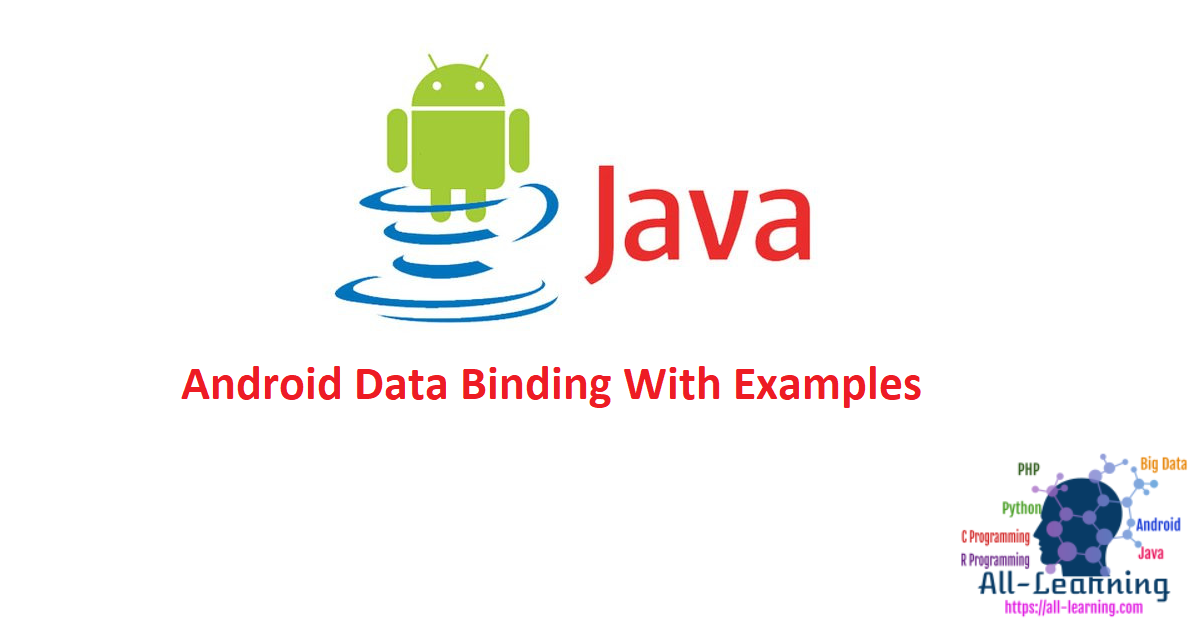 How many times have you seen that the activities/fragments code has numerous similar lines that just hookup the code with the XML markup? Unanimously, it’s the most boring work for a developer to do. Besides, it comes up with it’s own set of problems such as readability issues, increased time in debugging and having to keep a close eye on the annoying boilerplate code that can give rise to mistakes.

Thanks to the ButterKnife Library we’re able to use Annotations that reduces significant lines of code. But it still requires us to use @BindView or @InjectView and use findViewById for each view manually one by one.

The introduction of DataBinding Library with Android M is a blessing in disguise. It gives us the freedom to minimize the code for app logic that’s binding to the view. The DataBinding Library comes up with a mechanism where it auto generates the field names in our code from the respective view IDs. We’ll look into it shortly. First let’s jump onto the integration aspect.

To integrate DataBinding make sure your gradle build bool version is 1.5 or above

To enable data binding, add the following code in the app module’s build.gradle.

We’ll use an empty Android Studio project for our implementation as shown below. 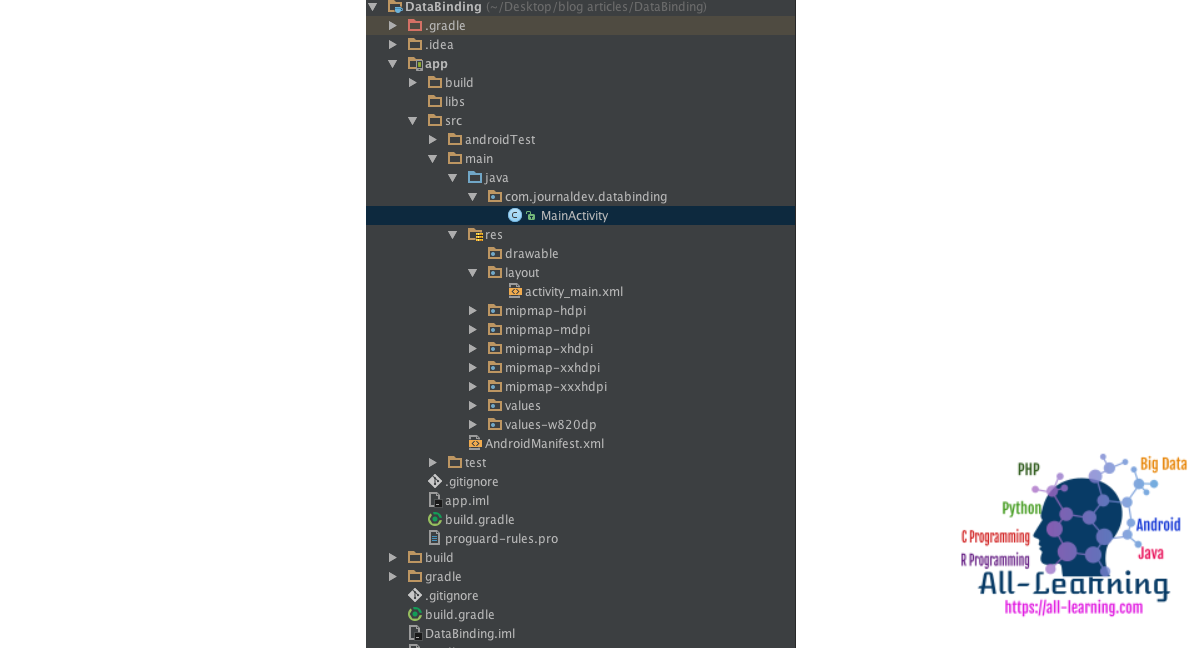 The earlier activity_main.xml layout we used to create looked like this:

To use Data Binding we need to add a layout as the root tag.

We’ve modified the activity_main.xml layout to include the layout tags as shown below.

Note: You need to build your project once now so that the auto-generated field names from the layout are available in the MainActivity.java

We’ll replace the default MainActivity.java with the following one to bring DataBinding into use.

Few new things to note in the above code are:

Note: If the ActivityMainBinding is not available even after building the project, try restarting Android Studio. It maybe because of the cache.

In the present layout we’ve defined the IDs in camelCase. What happens if you assign the same id as
android:id=”@+id/tv_Heading”?
Data Binding converts it into camelCase too and the field name remains the same.

Ideally DataBinding is smart enough and should convert the android:id=”@+id/tv_Heading” into tvHeading1 field name. But there is no surety. Also it can lead to confusion in tracking the field names with their respective IDs. Hence it’s recommended to stay with one type of naming convention. Ideally camelCase.

The output of the application is given below. 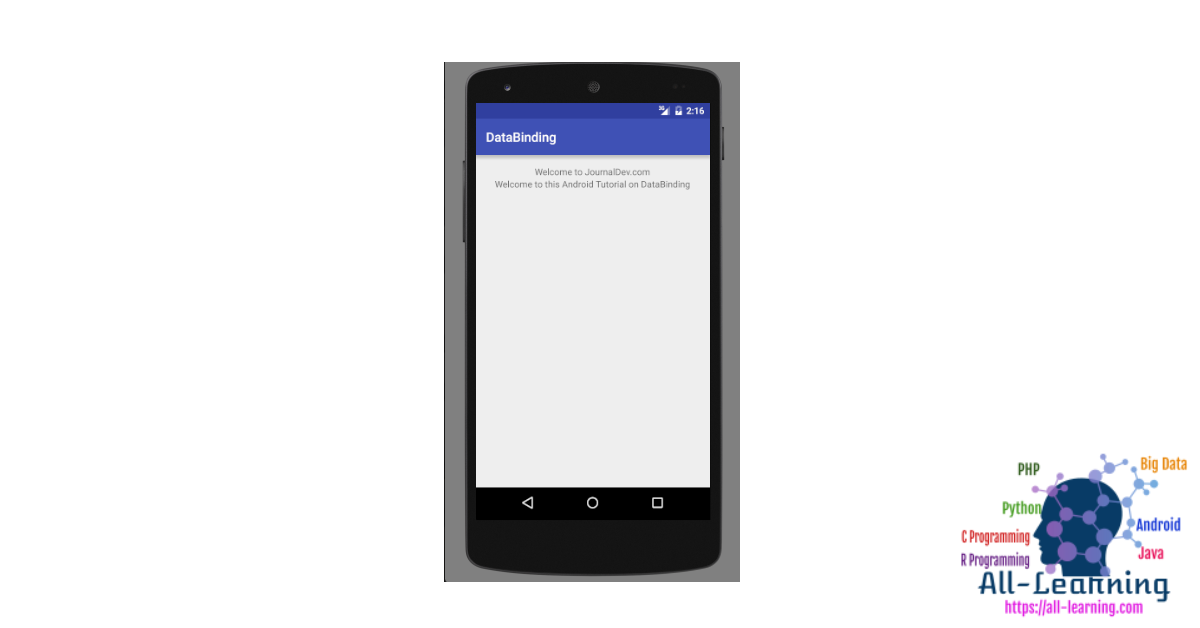 This is just the power of DataBinding in the app code logic. There’s much more to it than this. We’ll look at them in later tutorials. You can download the final Android DataBinding Project from the link below.