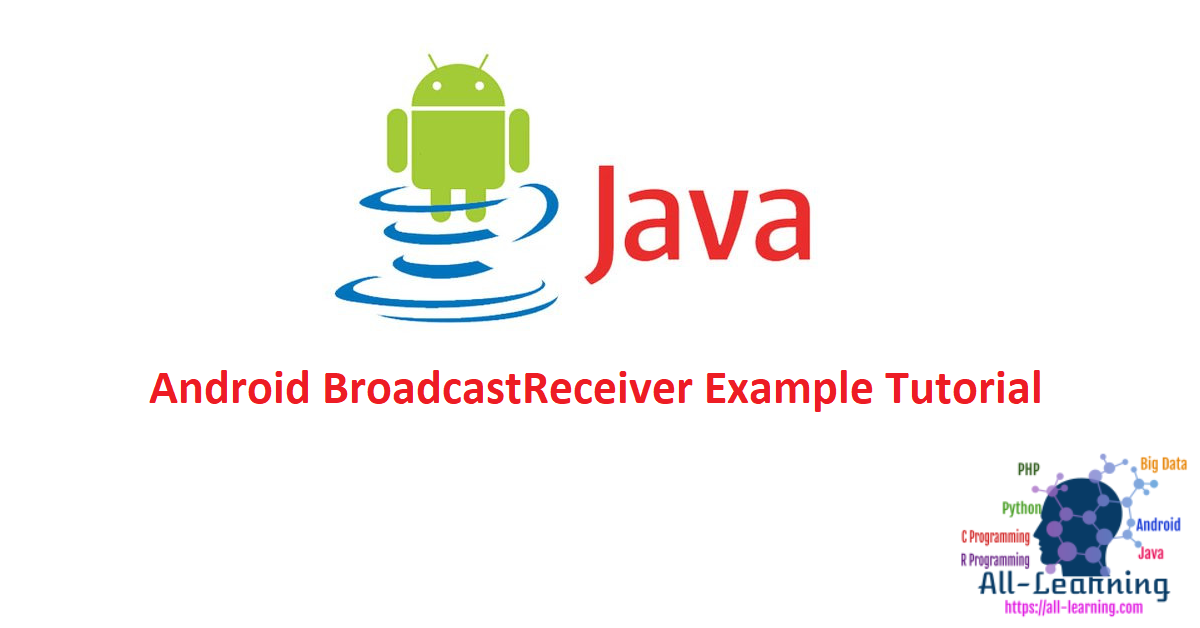 Today we’ll discuss and implement Android BroadcastReceiver that is a very important component of Android Framework.

Android BroadcastReceiver is a dormant component of android that listens to system-wide broadcast events or intents.

When any of these events occur it brings the application into action by either creating a status bar notification or performing a task.

Unlike activities, android BroadcastReceiver doesn’t contain any user interface. Broadcast receiver is generally implemented to delegate the tasks to services depending on the type of intent data that’s received.

Following are some of the important system wide generated intents.

To set up a Broadcast Receiver in android application we need to do the following two things.

Let’s quickly implement a custom BroadcastReceiver as shown below.

BroadcastReceiver is an abstract class with the onReceiver() method being abstract.

The onReceiver() method is first called on the registered Broadcast Receivers when any event occurs.

The intent object is passed with all the additional data. A Context object is also available and is used to start an activity or service using context.startActivity(myIntent); or context.startService(myService); respectively.

Registering the BroadcastReceiver in android app

A BroadcastReceiver can be registered in two ways.

Using intent filters we tell the system any intent that matches our subelements should get delivered to that specific broadcast receiver.

To unregister a broadcast receiver in onStop() or onPause() of the activity the following snippet can be used.

Sending Broadcast intents from the Activity

The following snippet is used to send an intent to all the related BroadcastReceivers.

Don’t forget to add the above action in the intent filter tag of the manifest or programmatically.

Let’s develop an application that listens to network change events and also to a custom intent and handles the data accordingly. 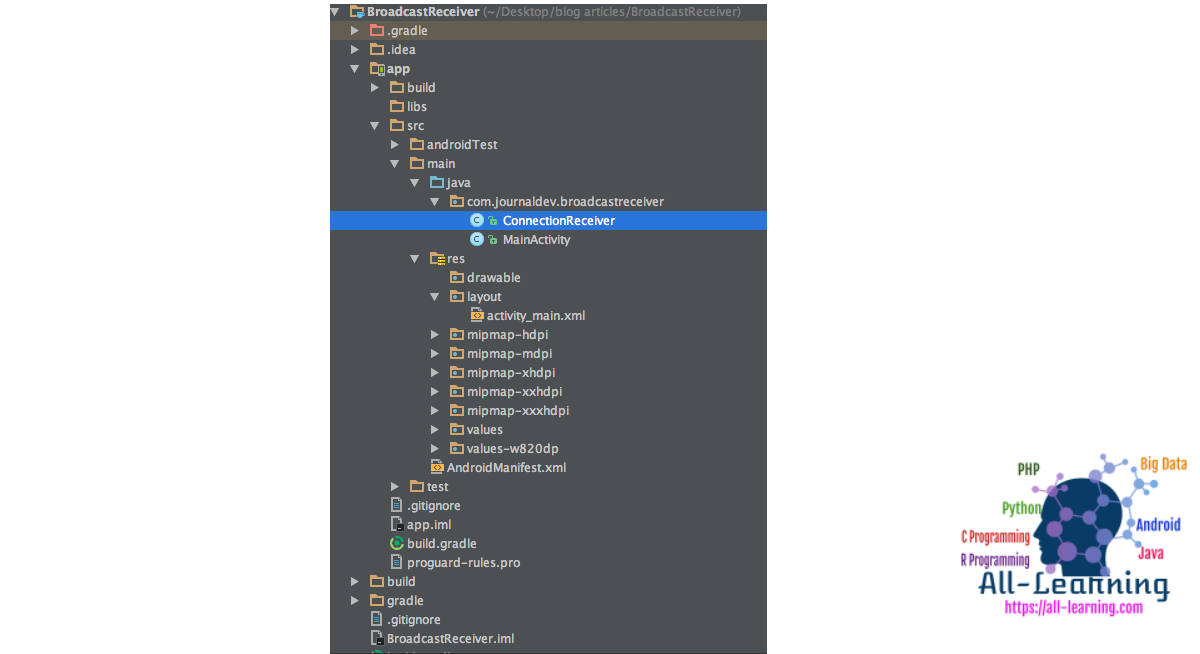 The activity_main.xml consists of a button at the centre that sends a broadcast intent.

The MainActivity.java is given below.

In the above code we’ve registered another custom action programmatically.

The ConnectionReceiver is defined in the AndroidManifest.xml file as below.

The ConnectionReceiver.java class is defined below.

In the above code we check the intent action that triggers the onReceive() method and based on that display the toast.

The output app in action is given below.