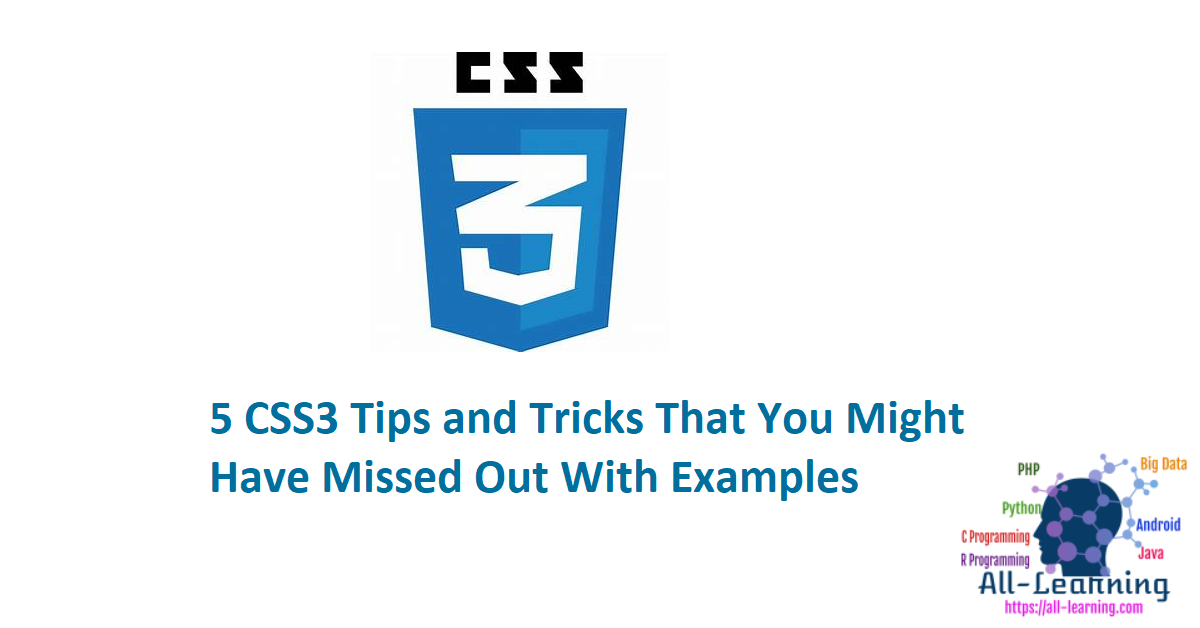 Though, CSS3 isn’t a complex language but you’ll there are greater chances that you’ll stumble across certain new things that’ll probably leave you in a puzzled state. For instance, adding properties that you won’t have used, or adding details of the specifications that you aren’t aware of, and so on.

If you want to become a CSS3 styling expert, then below are a few tips that you should consider:

While working in CSS3 you’re less likely to come across obstacles, because of the its syntax. The syntax is clear and easy-to-understand for any newbie or inexperienced designer. In fact, it’s so simple that you could style your CSS just within a few hours of learning it. Even though, your site might look good in browsers like Safari and others, but what if your site doesn’t work in IE, or behave in a different manner as you’ve expected. Well, then it is recommended that you should consider the above discussed CSS3 trips and tricks.

Author Bio: Being a well known PSD to WordPress theme conversion service provider across the globe. Mike is treated as wordpress junkie who shares valuable content on markup conversion and web design aspects.